How to tell the difference between feathery roots and mould

Sometimes seeds get broken and go mouldy. You can just throw out the mouldy bits, rinse, and the rest will be OK. Sometimes the whole batch will have to be thrown away, but often, mould looks a lot like healthy, feathery roots. It’s important to know the difference between healthy roots and mould, otherwise you can end up throwing away perfectly good sprouts. So how to tell the difference between feathery roots and mould?

Thanks to Lucia Kostelnik of Gaia Sprouters for info. Please see our topic introduction for a general overview of sprouting and microgreens.

This is what healthy sprouts look like. Feather-like roots are slightly conical, wider on the seed side of the root and pointy on the other side, They are microscopic roots of the plant and will disappear after rinsing. 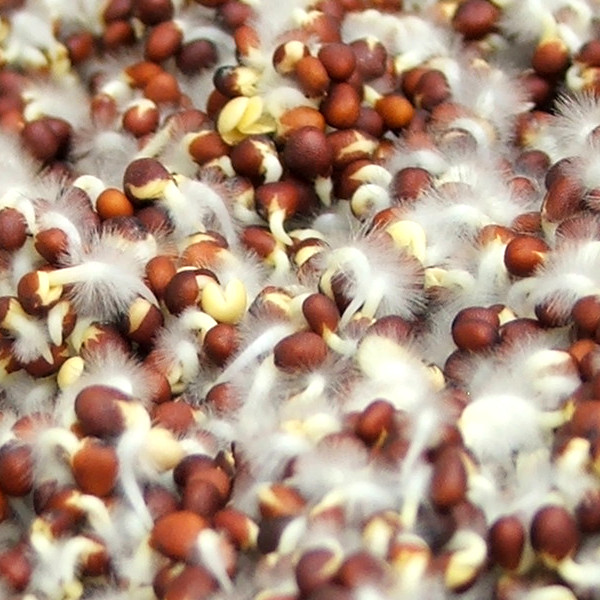 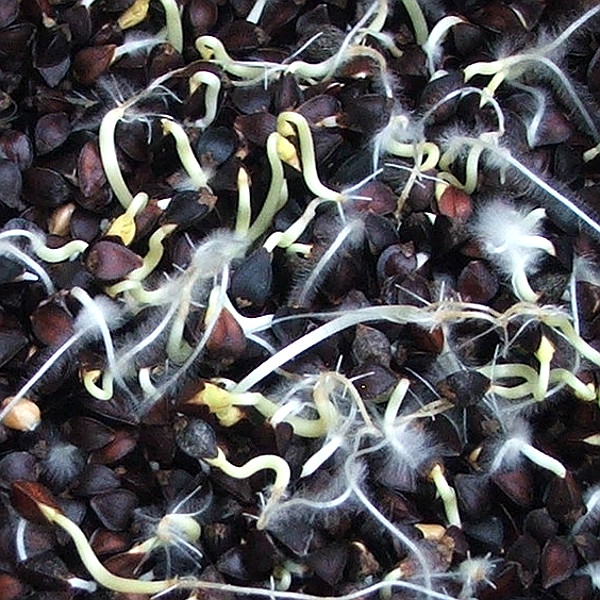 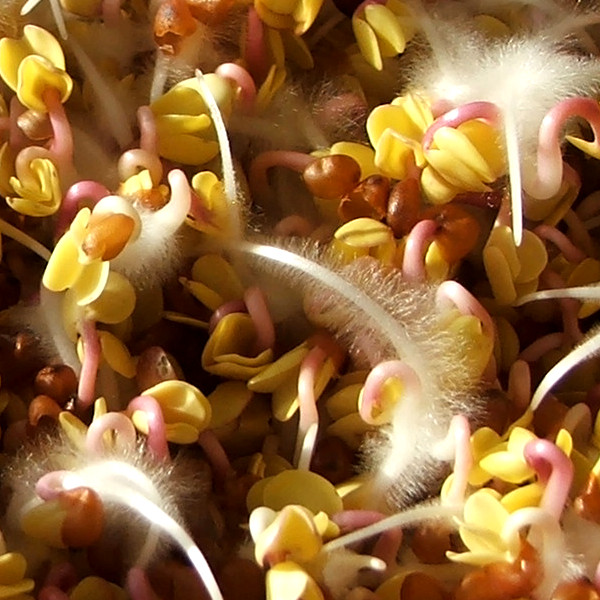 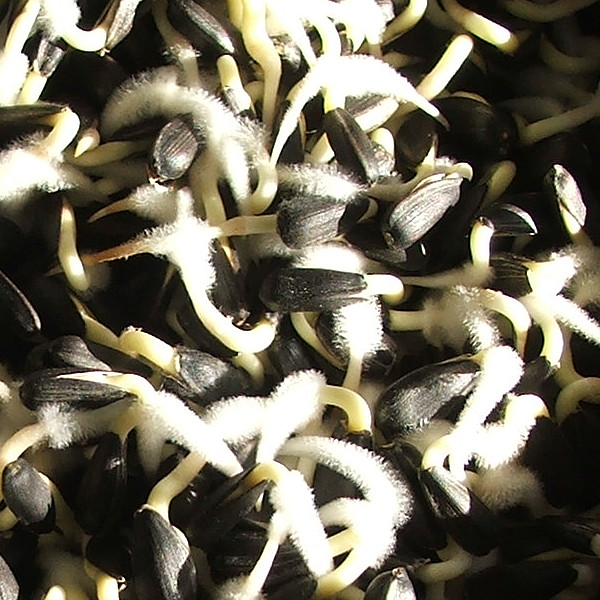 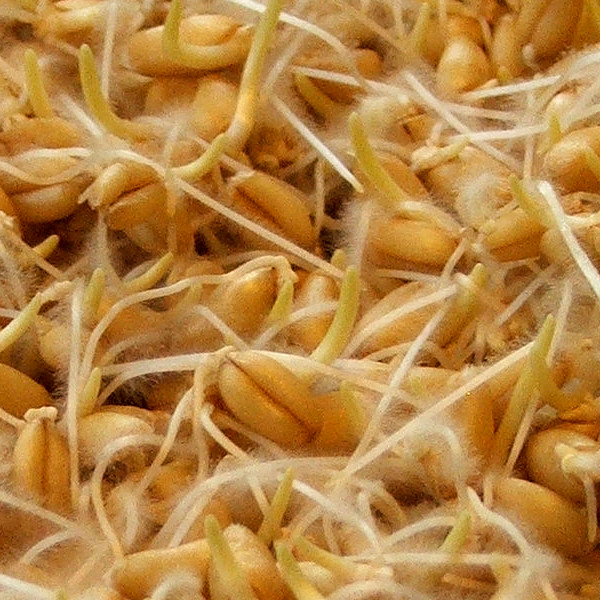 And this is what mould looks like. It’s like cobwebs around clusters of seeds, usually surrounding broken or empty-shelled seeds. It mainly happens when using soil. 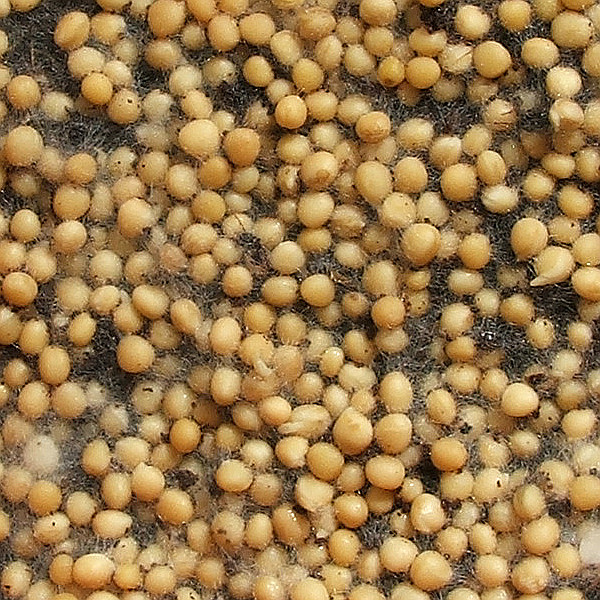 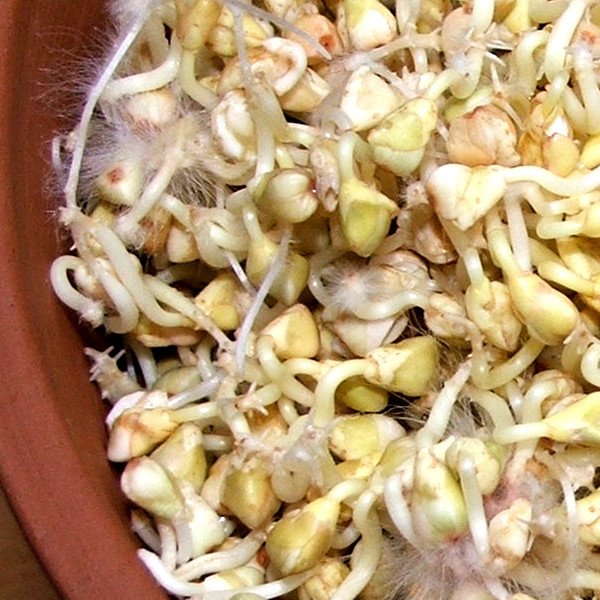 Below are moulds grown on spoiled seeds when growing wheatgrass in soil (it’s not a big deal, as you crop the grass 2cm above the soil). The rule is – “Undamaged, organically grown seed has the ability to protect itself from turning bad during sprouting, if the correct growing balance is sustained.” To give sprouting seeds that natural balance we grow them in clay sprouters. See here. 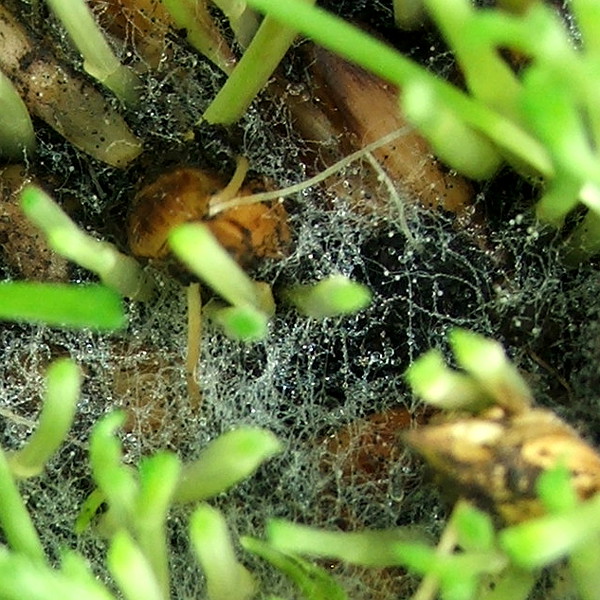 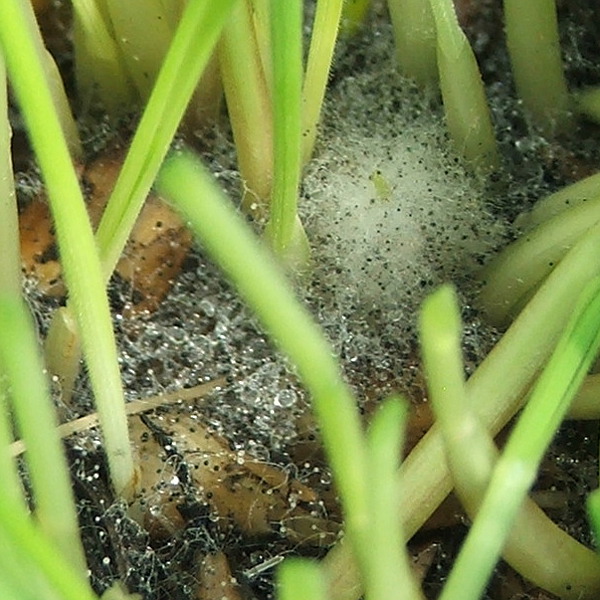