“LED light bulbs last much longer than their counterparts. An incandescent bulb lasts around 1,200 hours and a CFL about 10,000. A LED bulb should keep the light coming for 60,000 hours.” – the Renewable Energy Hub

What is LED lighting?

LEDs (light-emitting diodes) are semi-conductors that emit light via electroluminescence. An electric current is passed through the semi-conductor, whose electrons are agitated and emit light in the form of photons. This doesn’t involve very much heat (and the heat that is generated is dissipated), so LEDs are cool to the touch, even when illuminated. LED lighting differs from other light sources in the following ways: 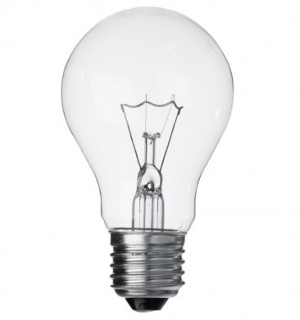 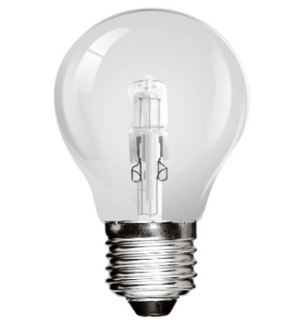 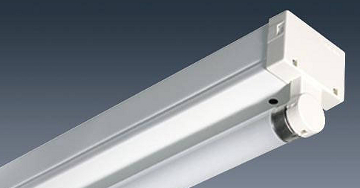 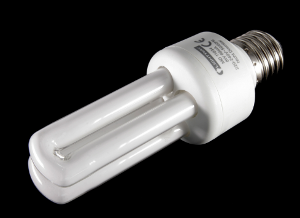 Light emission from semi-conductors had been known about since the turn of the 20th century, but it wasn’t until the 1960s that the first visible red LED was developed. Other coloured LED lights were developed over the following years but the level of illumination that they provided was fairly low. In the 1970s, brighter LEDs were developed and used in fibre optics. LEDs began to be used in displays but you needed thousands of them gathered together to make a difference to the surrounding light. This continued to be an issue until the 21st century, when ways to produce more light from a single bulb were found.

LEDs for homes and businesses are now available everywhere, and almost definitely represent the foreseeable future of lighting, until something more energy- and cost-effective is invented (or we learn to see in the dark).

LED lighting is now increasingly being used outside. Councils are turning to LED street lighting to help reduce costs in towns and cities; and sports clubs are changing their floodlights to lower their carbon emissions and improve lighting conditions for spectators and TV viewers. They are used more and more for vehicle lights too. 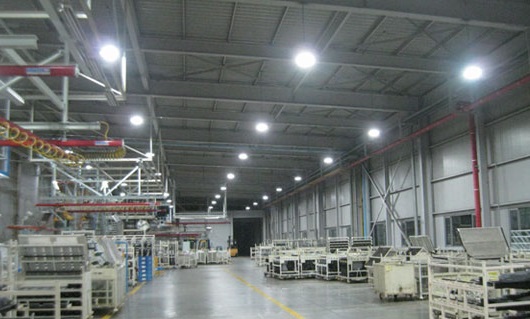 What are the benefits of LED lighting?

They last much longer too. A standard LED bulb will outlast a CFL bulb by about five times (and an incandescent bulb by at least 20 times). Indeed, if you buy a good quality bulb you can expect it to last for more than 20 years.

They don’t require mercury, like compact fluorescent lighting, but although they contain arsenic and lead (less so the whiter the light), they are less of a toxicity hazard than fluorescent lights.

The cost of LEDs has always been an issue (you can expect to pay about £10 for a single bulb on average) but prices are falling and, if you take into account their longevity and low energy usage, they are now more efficient and more cost-effective that tungsten and CFL or fluorescent bulbs, despite the initial outlay. If you buy an LED bulb for £10 and it lasts 5 times as long as a CFL bulb which costs £2 you are already on a par. Add in the electricity cost savings and you can see the overall benefit. According to GMI Energy, replacing 40 58W fluorescent strip lights with 40 20W LED lights can save in excess of £1,300 a year on utility bills for a business.

The Energy Saving Trust carried out field trials on over 4000 LED fittings in 35 social housing locations and found that light levels improved and energy consumption and costs were dramatically reduced, as was the cost of maintenance. And here’s a 2012 article (when bulbs cost around £25 each) from the Guardian, explaining how LEDs could help you save hundreds of pounds per year. Very roughly, replacing filament bulbs with LEDs is likely to save you at least £10 per year per bulb, if used for around 4 hours per day. It used to be seen as mean to take your light bulbs with you when you move house – but with LEDs, if the house you’re moving to doesn’t have them, you’d be crazy not to!

For businesses, installing LED in offices and other premises can not only reduce the amount of electricity you use but also reduce the Climate Change Levy that is paid through utility bills.

Compared to CFL bulbs, LEDs give out their light immediately which means you don’t get that period when they are warming up before you get full illumination.

LEDs come in a wider range of colours than other lights. For offices or shops, they can give very bright, white light, but in the home, you might want to ask for a ‘warm’ white or yellowish hue (around 2700 kelvin if you want to get technical). Friends may be reticent because of memories of trying earlier LED bulbs that produced a weak, pasty, unfriendly little puddle of light. Show them that LEDs have changed.

You don’t have to change your fittings – LEDs come in screw fitting and bayonet as standard, for ceiling, wall or desk lights. More recently, excellent LED strip lights have also been developed. If you are replacing the kind of halogen bulbs with two little pins in the back, you can find LEDs to replace them too. They might be low-voltage bulbs though (for off-grid / battery systems) – so talk it through with the retailer first if you’re unsure about anything. Changing fluorescent strips can be more of an issue, and choosing the right ones needs a little more thought. Some LED strip lights are made to fit into existing fluorescent tube fittings, but others will need an electrician to do a bit of work first – again, talk to your retailer.

Here’s some more info on LED fittings for beginners. 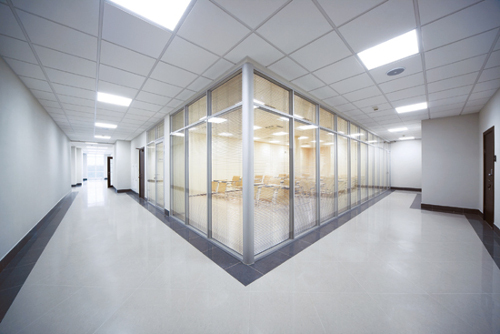 LED lighting is now widely available across the UK. You can also buy online but if you want to achieve the energy and cost savings, it’s essential to buy quality. Make sure you read reviews and choose a reputable supplier or brand before you settle on a particular product. In the end, it’s worth paying a bit extra for a bulb that actually does the job you want it to do.

You don’t have to change all your bulbs at the same time. You can change to LEDs in each room as and when you can afford it. Replace bulbs that are used most first – you can save more that way. It may be worthwhile replacing existing bulbs with LEDs rather than waiting for them to die, because you will almost definitely save more energy than the embodied energy already in the halogen, filament or CFL bulb. 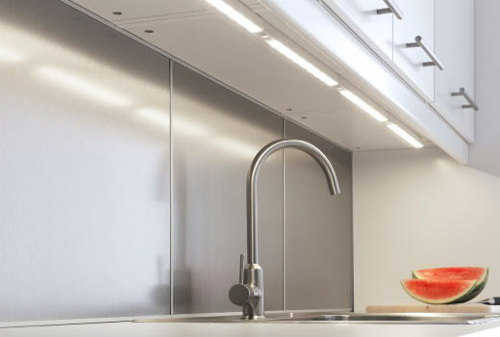 LEDs do actually produce some heat, but they dissipate it so that the bulb stays cool. This means that LEDs might not be ideal for enclosed spaces, where they might not be able to dissipate the heat.

LED bulbs are now being developed that will work with dimmer switches – ask when you buy. If your LED isn’t compatible with a dimmer, it will cause problems such as buzzing and flickering.

Thanks to Richard Burdett of the Renewable Energy Hub for information and pics.

Arthur Smith has been working in the solar energy and lighting industries for years now. At the moment he runs his blog LEDwatcher along with trying to learn everything and anything there is to know about solar and LED lighting so he can better educate others on these topics as well.