Regular readers of our blog may recall an earlier post about an exciting experiment taking place in the Netherlands in the form of a hydro-pneumatic human power plant harnessing human energy. Here’s an update on progress so far.

Taking pedal power to a whole new level, this ambitious project will ultimately see the conversion of a 22 floor building into an entirely human powered community of 750 students at Utrecht University in the Netherlands.

Dubbed the Human Power Plant, Kris de Decker of Low Tech Magazine and artist Melle Smets are leading a team exploring the feasibility of modern human energy production in what promises to be both a technical and social challenge. Their muscular power generator is now at working prototype level so it’s time to meet The Human Power Plant 1.1, as exhibited in Deventer in the Netherlands from July-August 2017.

Described as an ‘all-round off-the-grid solution’ – as long as there are motivated humans available to power it, of course – the plant is made from simple salvaged materials wherever possible. It aims to be both durable and easily maintained, repairable by a plumber. Foregoing the drawbacks of chemical batteries, at its core is a hydro-pneumatic accumulator which, using water and air, adopts the role of a traditional battery and voltage regulator. This ensures maximum sustainability, meaning the Human Power Plant can operate for decades to come.

So how does this hydro-pneumatic system work? It is outlined on the Human Power Plant website as follows.

The air from the smaller vessel then compresses the water in the larger one, increasing the energy potential of the hydro-pneumatic accumulator (small + large tank). Next, water under pressure is led to a Pelton wheel, which can supply mechanical energy or electricity (if coupled to a generator). The water falls from the water turbine into a receiving reservoir, from where it can be pumped into the accumulator again.

The receiving reservoir of this closed water system is converted to provide a no-doubt welcome cooling shower for participants post-power production. Yet another win-win!

Fundamental to power production are the exercise machines themselves. Whilst the Human Power Plant website details all of the existing prototypes here, we’ll showcase the two most powerful, beginning with the Reverse Hack Squat, the project’s most powerful producer of compressed air.

The Reverse Hack Squat is aimed at strength training. A person stands with curved knees below the bar and stretches his or her legs. The exercise mainly builds leg muscles and strengthens the bones and the tendons. This exercise machine converts human power into compressed air, which is used to pressurise water. Our legs are roughly four times stronger than our arms, and this exercise machine is our most powerful producer of compressed air. The effort that’s required to lift the bar increases as the pressure vessel fills up.

The Heavy Pull Drag, meanwhile, is the most powerful water pump developed as part of the Human Power Plant so far.

The Heavy Pull Drag produces a large amount of power in a short time. The machine is inspired by human drawn canal boats from earlier times. As an exercise device, it appeared in the 1990s, aimed at American football players.

To produce power, the operator puts on a harness with a cable attached to it. The cable is wound around an old car rim, which is fixed to a powerful membrane pump. The operator walks forward or backward while wearing the harness, keeping his/her body as low to the ground as possible. Walking forward trains the muscles in the back, walking backward trains the quadriceps in the legs, and pulling sidewards trains the muscles of the hip.

So what next for the Human Power Plant?

As work on the Human Power Plant continues, the team will be showcasing progress so far at Museum Boijmans van Beuningen in Rotterdam, the Netherlands between now and January 2018. You can learn more about their journey restoring the connection between physical exercise and energy use by following the Human Power Plant website and Kris de Decker’s online Low Tech Magazine. 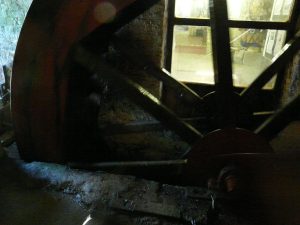 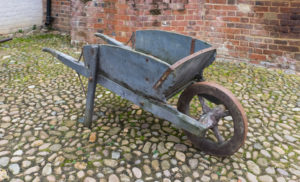 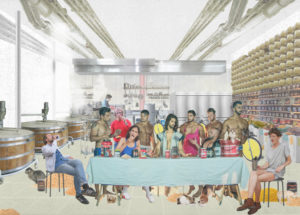 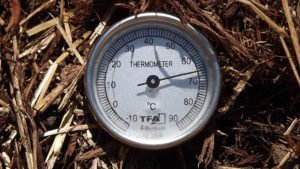 How to get 500 hot showers from your compost heap! 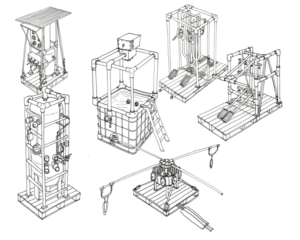 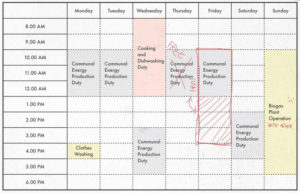 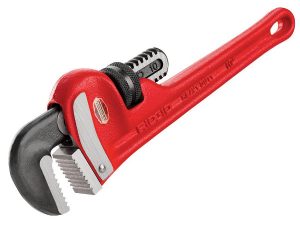