The weather is not the climate. Nonetheless, over the last few years I have noticed that I have developed a slightly panicky fear of the weather; I can’t notice the weather I suppose, without it triggering all sorts of associations in my mind to the myriad articles I’ve read, and conversations I’ve had, about Anthropogenic Climate Change.

This is hardest for me at this time of year and then through the summer months. Particularly in hot dry weather, when most people insist on talking about how lovely it is, I often feel as if I’m on the verge of developing a nervous tick.

I sow seeds under a flawless blue sky; it feels too warm for April. You can see how I’m in danger of becoming neurotic about this. I keep a nervous eye on how moist the soil is beneath the surface, and whilst other people are hoping the nice weather lasts until the weekend, give me a few days without rain and I’m already checking the forecasts, hoping for that reassuring symbol of a grey cloud with a 90% chance of precipitation underneath it.

The climate stability of the Holocene, which provided ideal conditions in which agriculture could develop and flourish, is coming to an end. Of that much I’m certain. 1.5C of warming will make agriculture in all regions vulnerable; global food production would be threatened at as little as +1C; at +3C we’re all likely to be in trouble.

It’s hard to imagine hundreds of millions of hungry people, although I know that we already share the Earth with them; it’s harder still to imagine starving billions in the face of fierce climate change; those same blue skies spelling catastrophe for season after season. One of the many reasons why we should all garden – I shall mention another crucial one later – is that in the act of sowing and planting we must try to understand the landscape, and the weather; we put our eyes and our feet on the land, and, if we are being mindful, we notice the soil and acquaint ourselves for a while with the reality of life on Earth. 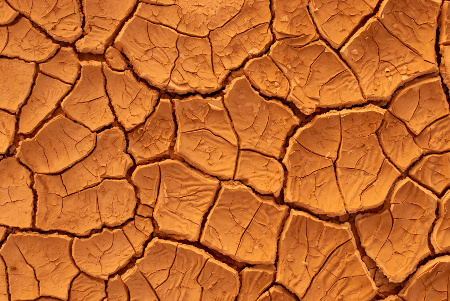 We are toolmakers; we are thinkers; builders; we draw with anything, on any surface available; we tell stories; we pass on knowledge. This is our species? No, not really. We’re gardeners. We’re gardeners or we die. That’s all. All species garden, they ameliorate their immediate environments in order to live. Forget how to garden, and you die. Rule One. The alpha and the omega of life on Earth.

Recently it has become apparent that there is a strong possibility that global warming is going to accelerate. This has to do with how the Pacific Ocean behaves:

As well as this the Arctic (and the Antarctic) are both changing rapidly in ways that will impact on the climate far beyond the poles.

Here I am then, on a beautiful spring day, sowing carrots and wondering when it’s going to rain. Two dry weeks in West Wales in April is hardly the Dust Bowl; I know that I’m suffering from a somewhat hysterical reaction to what I know about climate change. It’s interesting though isn’t it? As far as I know the weather may already be broken, or this year’s dry spell may be normal, but next year’s will be a prelude to a searing summer drought that will cut my garden’s productivity in half.

Even the mass media, which is pretty clearly not to be trusted in terms of its news values, does show people protesting; Greenpeace activists clinging to drilling rigs and even sometimes marches demanding what is now called climate justice. The emphasis, understandably, is very much on efforts to slow emissions of greenhouse gases, to dodge the bullet of catastrophic climate change already fired from the barrel of our industrial society.

From the start though, Permaculture, as well as proposing a route to an alternative future, has admitted the possibility that we won’t avoid the consequences of our little atmospheric experiment. From its earliest days, Permaculture has been in part about preparing for difficult times; about designing systems that will be resilient in the face of climate change.

Permaculture’s emphasis on the soil is not just about productivity, but also about protecting this vulnerable matrix of life, in an era when so much of it is being lost on the wind and to flood. Working through Permaculture design, we are encouraged to imagine both the past and the future of our land; how climate change might challenge every single organism with which we share this Earth. 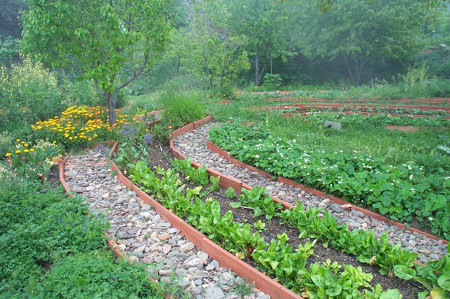 In practice this means designing-in diversity and many layers of what might be called redundancy into our gardens, our buildings and our lives. We might for example plant fruit trees not ideally suited to our climate, nurturing them because one day soon our climate might very well change. The crops we depend upon now might well fall away as the plants we have as insurance become ever better suited to our transformed home. Think about it, it might not be as stupid to build a hurricane proof house where you live as you might once have believed.

A neighbour of mine, although why it concerns him I do not know, hasn’t been shy about expressing his scepticism on the subject of how many ponds I have planned. In one of our earliest conversations he told me what he thinks about climate change; it wouldn’t do me any good to explain that I want to drought-proof my little piece of land, because I have idea that West Wales may not always be as green as it is today; that the climate he has known will soon be gone.

We need, and this is also made explicit in Bill Mollison’s and David Holmgren’s work, communities and networks of people working on exactly these sorts of problems. Food security may well not depend upon the world’s latest rice harvest, but rather upon how successfully we design new food systems at a bioregional level to take into account unpredictable and shifting conditions.

There are very few people working on this problem today. The vagaries of the weather scare me because a hot dry spell speaks to me of a hot dry future; it could be incessantly cold and wet I suppose, but whatever, unrelenting and disastrous. We have the tools to prepare our gardens, and our communities such as they are, to face the challenges of a very different Earth.

It starts with us all taking our food security seriously. Gardening is the only way I know to do that. 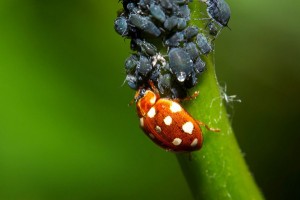 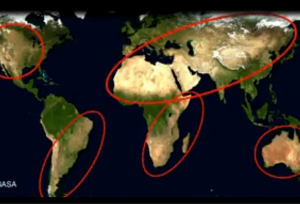 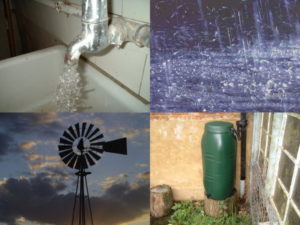