Hilarious infographic by SumOfUs on what ‘transparency’ means in TTIP negotiations. But of course it isn’t funny at all. We’d like to see an economy of small businesses – local shops and firms, co-ops, self-employed, smallholders, community-owned businesses etc. TTIP will do exactly the opposite – it will involve a massive transfer of wealth and power to the corporate sector from – well, from everybody else.

This is why negotiations are happening in secret. If people really understood that any government could be sued by multinational cigarette corporations for introducing plain packaging, or by oil companies for preventing drilling in national parks, or even local authorities trying to assist small, local businesses there would be a huge outcry – which is why politicians and the corporate press hardly mention it. We won’t know the details for 30 years.

This is nothing at all to do with ‘free’ trade. This is monopoly control of the global economy that concentrates wealth in the hands of very few people – not the 1% but the 0.001%, and they can use that wealth to corrupt our politics to the point that there is very little opposition to deals like TTIP, that will skew the balance of power even more. This is extremely ‘unfree’ trade, where the dice are loaded in favour of multinationals and against small companies. And not only that – but it prevents real democracy, because it means that real power resides at the top of the corporate hierarchy rather than with our elected representatives.

So to politicians who constantly talk about free trade – I agree. I expect you to oppose TTIP so that we can have free trade, rather than trade dominated by the corporate sector. 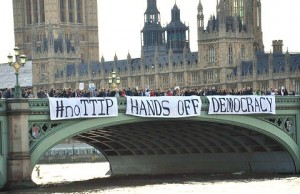 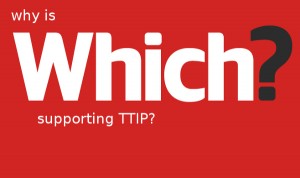 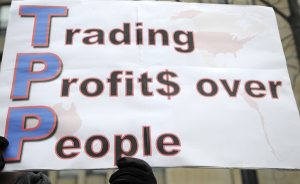