In December 2011, South Africa welcomed the United Nations Framing Convention on Climate Change. The host city was Durban, where a number of years before, and just after his release from prison, Nelson Mandela had addressed 100,000 people to plead for peace. Mandela succeeded, yet, not for the first time, the UN Conference did not. Actually, it was the 17th Conference of the Parties to fail in its attempt to “establish a new limit to climate change”. Next year, the circus comes to Paris.

Climate change involves highly complex chemistry, as interactions between the gaseous atmosphere, geology, flora and fauna, ice and the oceans create a multitude of variables. Hence those who risked losing money and power by reducing fossil fuel consumption fought it with a propaganda war of first denial, and then by drawing attention to experts who disagreed with the consensus. Despite the complexity however, the decisions made in Montreal in the late 1980s that successfully addressed the similar danger of ozone depletion refute any suggestion that these global challenges are insurmountable.

Last month the UK Government made public its position statement for the Paris 2015 event (1). This is a platitudinous document, but noteworthy because of a marked change in approach. According to it, climate change is now seemingly inevitable, and the developing world is targeted as a place for subjection to unprecedented energy systems expansion. Essentially, what the UK Government is now saying is that instead of consuming less energy we should encourage others to use more and not only will this somehow reduce greenhouse gas emissions, but it opens prime markets for UK business: “[the developing world] could attract billions in new foreign direct investment, and develop their own domestic low-carbon business sectors”. All this will come as no surprise to those who know how capitalism works, being ever pursuant of new markets and new profits. But the thinking to substantiate the approach is not the UK government’s own. It comes from an obscure meeting at Hartwell House in Buckinghamshire (pictured above) in 2010. Here fourteen economists, socio-political and environmental specialists, plus one industrialist, met in private to discuss climate change policy, and the publication that followed was called the Hartwell Paper (2).

The Hartwell Paper concluded that previous climate policies were chronically flawed, because, due to economic influences, the direct approach will never work. Policy makers, it said, should look at achieving something else instead of focussing on how sinful it is to destroy the earth. As a way forward, they advocated that since market forces are too large an obstacle to defeat, humanity should take a circuitous route. And, using the dictum of the 19th Century landscape gardener Lancelot ‘Capability’ Brown, they advised that we must “loose the object and draw nigh obliquely”. Basically, look to achieve something else instead, and in the process, we might make a better attempt at halting global warming.

At face value the logic seems reasonable: consumerism is an immovable object when trying to enact policies for carbon emission reductions. It is seldom openly admitted but there can never be sustainability under capitalism as the two ideologies are diametrically opposed. One requires constant pursuance of profits and expansion, while the other requires society to be frugal. The Hartwell 14 identified the problem, but when it came to the solution, their suggestion was weak and unsound. They determined that we might develop inventions that could supply 100% renewable energy to the poorest people ad infinitum, and until that happens, present technology must be made more efficient. To increase the integrity of the poorest we would stop global warming, they suggested.

There were no energy engineers among the Hartwell group. If there had been, a couple of major oversights could have been avoided. Their first was to suggest that vastly increased research funding for renewable technologies is the answer. I have worked in acadæmia as an energy engineer for many years, and seen, with each passing semester, a new cohort of PhD students telling me time and again the same things. The fact is that present renewable technologies work effectively and they have done for years. It is now 170 years since the discovery of the hydrogen fuel cell that makes electricity more efficiently than combustion, from the most abundant element in the universe, without noise and with only water as a by-product. But, despite billions spent globally on research funding (and conference travel subsidy) we just keep re-inventing the wheel while successful academics pursue not original ideas but a perpetuation of external financial support.

The second error in the Hartwell proposition was efficiency. To suggest that in the short-term, we could simply “increase established technology’s efficiency” until total renewables can penetrate the market is basically science fiction. There are laws of thermodynamics which restrict the power that any given system can generate, and present systems are very close to that limit. Even if a system operates at a high efficiency of 60%, then that is 40% fossil-derived energy wasted. Sell one extra highly-efficient system to a developing country and rather than reduce global greenhouse gas emissions it will increase them, with 40% of its energy wasted. This is not taking account either of the fossil fuel emissions and environmental damage in the building of these machines, even if some of the components such as rare earth metals, are recycled, which they invariably are not since it is cheaper to just send the old model to landfill. In the developed world we already operate at high efficiency, and where we go wrong is to supply as much energy as anyone needs, where also the incentives used to appease the electorate merely result in more consumption (3). For the developed world all this suggestion would do is to justify system manufacturers of conventional fossil-fuel technologies for selling their latest product.

Without doubt, the most significant flaw in the solution offered by the Hartwell Paper was that it completely ignored one enormous thing, and this elephant in the room was “consumption”. The UK Government promotes “energy from waste”, but really our society is all about “waste from energy”. It is the plastic rubbish patch in the Pacific that is more damaging to aquatic life than global warming (4). It is the decisions to pump chemical/water mixtures underground to extract gas rather than just giving each home solar panels. Does anyone doubt that when the shale gas is used up, that Antarctica and the Arctic will not be next? Incessant growth into new markets for ever rising economic expansion needs more people to consume products. This is nothing new: William Morris, 140 years ago, travelled the country speaking to audiences about how craftsmanship was dying and nature was being desecrated, due to competition for the production of useless wares as cheaply as possible (5). Hence, why after 20 climate change conferences, the politicians make rhetorical gestures and squirm out of it, until now. For despite all the options available, here, at last, was an idea that would encourage capitalism to continue, as long as the fine details are not scrutinised. The UK government have seized the Hartwell baton and are running with it.

Earlier I chose to mention the 17th climate change meeting in Durban, rather than any of the others that had failed, for one reason. At exactly the same time, across the city, climate change was on the agenda at a separate gathering. The venue was Emmanuel Cathedral and the speaker was Cardinal Óscar Rodríguez Maradiaga. Like Mandela, he too described apartheid, but an environmental type: the segregation of modern society from nature. Cardinal Maradiaga took the direct approach. He didn’t suggest meandering via the rock garden and the esplanade, and was regardless of whether he trampled some well-established perennials on the way. A consumer society, he said, that fills us with superfluous things, is “a senseless development that is destroying our environment”, and “we have for too long been silenced by economic power”.

“Silenced by economic power”? The Hartwell 14 met in private, under Chatham House rules – anonymity from the attribution of any statement made. But why? Is it that talking openly about saving humanity might be something to be afraid of? Is stopping global catastrophe a crime, treasonous, or subversive?

Natural philosophers who devised the scientific methodology which still pertains today placed a duty on all scientists to be honest and objective, so as to assess for flaws to build on sure foundations for the advancement of civilisation, which means that they must stick their heads above the parapet if necessary. Science credibility falls if they do not uphold the historic principles of pursuing the truth, and reporting it with forthright impartiality, however inconvenient those truths may be. Cardinal Maradiaga did not feel the need to meet in private, he did not care whether his choice of words caused offence, damaged some career path, or adversely affected shareholder profits. He had a higher accountability. Most importantly, when Cardinal Maradiaga spoke of openness he meant far more than just conference collaboration. He was calling on us to live in justice with our actions and, like Mr Mandela, to have the courage to be openalso with our inner selves. As he put it, “that does not mean indifference or complicity with those who destroy this land where we live”.

2. The Hartwell Paper, 2010, A new direction for Climate Policy after the crash of 2009, London School of Economics and Political Science.

3. Javens, W.S., The coal question; an inquiry concerning the progress of the nation and the probable exhaustion of our coal-mines (2nd ed), 1866, Macmillan and Co, London. 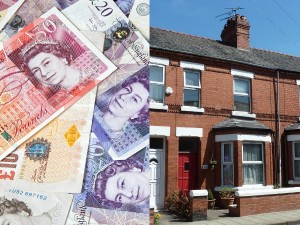 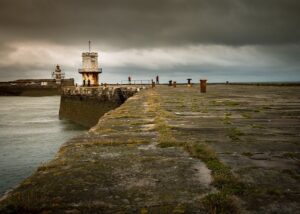