Period of adjustment: the case for reusable feminine hygiene products

Katherine Blacklaws and Harriet Parke make the case for reusable feminine hygiene products, re-blogged with kind permission from an original post at Isonomia.

Periods. As a society we struggle to talk about them, think about them and sometimes even to acknowledge they exist. Despite the fact that they are part of the human experience for half the population, cultural taboos nonetheless persist into the 21st century. Given our refusal to discuss menstruation frankly, it should come as no surprise that a recent international study found over 5,000 euphemisms for menstruation in 10 different languages. These range from civilised terms such as ‘monthly visitor’ and ‘lady time’, to the more audacious sounding ‘riding the crimson wave’ and ‘there are communists in the funhouse’.  Given this linguistic aversion, it’s also hardly surprising that menstruation is frequently overlooked in debates about waste and sustainability.

A staggering 4.3 billion disposable sanitary products are used in the UK every year – a huge amount of waste. A conventional sanitary pad contains approximately the same amount of slow-to-degrade plastic as four carrier bags; depending on where it ends up as waste, it could have a longer life-span than the woman who uses it!

What’s more, it is estimated that in the UK about 700,000 panty liners, 2.5 million tampons and 1.4 million sanitary towels are flushed down the toilet every day. This adds to the issue of blocked sewer pipes, which costs the UK £88 million a year and gets paid for through our water bills.

A lot of this waste also ends up in our oceans: a 2010 Marine Conservation Society (MCS) beach-watch survey found 23 sanitary towels and nine tampon applicators for every kilometre of coast. Plastics which enter the marine environment eventually break down into ‘micro plastics’ that can be eaten by marine animals, thereby entering the food chain.

The feminine hygiene industry has done little to address this problem. Tampon applicators and wrappers that were not so long ago made of paper and card are now also made of plastic, with the result that even more plastic ends up in the marine environment.

It’s not just what happens to sanitary products (known as ‘sanpro’) once they’ve been used that we need to consider. As with any product, a lot of resources and energy go into making and transporting them and in recent years they have become if anything more resource-intensive. Also, the bleaching (and more recently perfuming) of both tampons and disposable sanitary towels may give cause for concern, whether from an environmental or personal health viewpoint. Although organic, unbleached tampons are available these are still disposable and are therefore not helping the waste problem.

There have been some responses from the waste industry, and PHS Group recently announced a new scheme to convert sanitary waste into RDF instead of sending it to landfill. However, what is really needed is a solution that moves menstruation management further up the waste hierarchy, ideally to the point where little or no waste is created at all.

Happily, there are alternatives to disposable sanpro in the form of Re-Usable Menstrual Products, which are (unfortunately or perhaps amusingly) known by the acronym ‘RUMPs’. These reusable alternatives include:

Most cloth pads will last for at least five years and menstrual cups can be used for up to 10 years, so by choosing RUMPs you will substantially reduce the amount of waste you produce, whichever you opt for.

If the environmental benefits aren’t persuasive enough, consider the economics. On average, a woman uses around 11,000 disposable sanpro items during her lifetime, at a cost of around £1,800. Menstrual cups cost about £20 each, so even if you buy four or five in your lifetime that’s still a maximum of £100 – about 6% of the cost of disposables.

The significance of this financial advantage should not be underestimated. If girls can’t afford sanitary products they can end up missing school during their periods, which has a serious impact on their education and long term prospects. And no, it’s not just girls in Africa who are suffering: British teenagers from low-income families have also been found to be affected. The fact that cheaper, reusable products have not formed part of this discussion is a serious omission.

From the Tampon Tax debate to Chinese bronze medallist Fu Yuanhui stating that her period hampered her performance at last year’s Olympics, in recent years there has been a definite step change in openness about periods. Incidentally, followers of the Tampon Tax story may have missed the news that Philip Hammond’s Spring Budget – delivered on International Women’s day – firmly re-established the 5% tax on sanpro. Of course, this is just another reason to embrace RUMPs, which are exempt from the tax.

It would be naïve, however, to assume that we can stimulate the transition to RUMPs simply by commending the financial or environmental benefits. Disposables are the default choice for many women, and every environmentalist knows how difficult it can be to nudge behaviour away from the status quo towards a more sustainable alternative. Like many other disposable items in our society, sanpro may be considered the most convenient option, but anyone who has been caught out with nowhere to dispose of a used sanitary product (something most women will have experienced) might question this.

We cannot ignore the role consumerism plays in shaping perceptions, with the mainstream feminine hygiene industry spending £14 million on advertising each year in the UK alone. The narrative that menstrual products are by definition disposable items is spoken in a loud voice and challenging it will take time.

A quick Google search suggests that school education programmes are still dominated by the disposable sanpro industry, with Always, Tampax and Lilets coming up top. All run programmes which come with free starter packs for girls, helping to establish lifetime purchasing habits in a young, impressionable audience – a marketing opportunity that would surely make other companies green with envy. Even the NHS advice website is complicit in perpetuating the dominance of disposable sanpro, with not so much as a passing mention of RUMPs.

A plea for sanitary

Encouragingly, and largely thanks to the open platform offered by the internet, millennials are leading the way in changing their menstrual care habits. There is a vast amount of discussion available online via community forums and vlogs about the pros and cons of different RUMPs, including British teenager Bryony Farmer’s reviews of 17 different menstrual cups. If you’ve never used RUMPs and are unsure which might be right for you, online content from real people sharing their personal experiences is a great place to start. The anonymity of an online discussion may also be appealing given the persistent taboo that makes discussing menstrual hygiene face-to-face somewhat daunting.

Modern tampons and sanitary towels as we know them have only been around since the 1930s, so we should not make the mistake of viewing them as the final chapter in menstrual protection technology. RUMPs currently occupy a somewhat niche status, which in some contexts includes an unfortunate representation as an exclusively ‘green’ product that will only to be used by determined environmentalists and ‘hippies’. This perception needs to be challenged so that RUMPs are instead viewed as innovative new technologies that offer real advantages to all women.

The 28th May is Menstrual Hygiene Day, which focusses on challenging the taboo of menstruation in the developing world and the implications this has for women and girls. There is no reason not to challenge the taboo here in the UK too. Unnerving as it may be, we encourage you to use this Menstrual Hygiene Day as an opportunity to discuss your period, and your choice of menstrual products, with a family member, friend, or anyone else! Only when we start having open, honest conversations about menstruation can we share our collective knowledge and really change how we think and act for the better. Period. 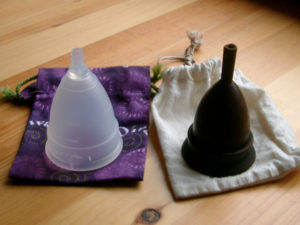 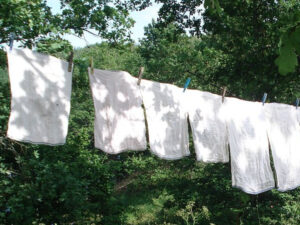