Class War vs Cereal Killer: is this the way to promote anarchism?

You must know by now about Class War‘s ‘attack’ on hipster cereal cafe ‘Cereal Killer‘. It wasn’t much of an attack, to be honest – no-one was hurt and they were open again the next day. But were they right to target Cereal Killer in their anger about the gentrification of Shoreditch?

Here’s the story if you missed it. Class War is nominally an anarchist organisation, but anarchism is about flattening the hierarchy of power, and we can only do that by building an alternative to the corporate sector – a sector that’s independent, community-owned, open source, co-operative or peer-to-peer. As this was an independent business they attacked, they were striking a blow against anarchism, not for it; plus they were reinforcing the conflation of anarchism and violence in the minds of people who don’t know what anarchism means.

OK, Cereal Killier is a bit of a rubbish business, selling nonsense with trendy beards – but what about a small bakery, making £3.50 loaves, because that’s how much a loaf has to cost if you don’t want it to be corporate, non-nutritious and environmentally-damaging? Smash that up as well? But leave tax-avoiding Starbucks, small-shop-closing Tesco or bloodsucking corporate bookies or payday loan companies alone? Or smash up the little shops and bars in Brixton market, or an organic veg box scheme or a renewables installer – because organic food and solar panels are expensive and middle-class, then all meet for a McDonalds after, because it’s cheap and working-class?

I bought my partner a necklace from Brixton market for her birthday. It was a little hand-carved stone butterfly on a gold chain for £40. I bought it from the woman who made it. Should we burn her stall down – for learning a craft skill and starting a small, local business? 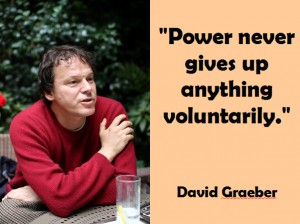