The vast majority of the world’s population subscribe to a religion. According to Pew Research, although the number of people unaffiliated with a particular faith will increase by 2050, as a percentage, this group will fall from 16% now to 13% in 2050, because of the expected increase in human numbers, most of which will be within the religious population.

I was born into a Christian family, and as a child, went to Sunday school. However, I was also fanatically keen on David Attenborough documentaries, and I understood the enormous number of species that we shared the planet with, and knew that a boat couldn’t contain pairs of every species, and that’s without addressing the problems associated with getting pandas, kangaroos or llamas to the Middle East to get on board in the first place. I assumed that stories like this, along with strolls on water, resurrections and various other miracles, were allegorical, but it became clear that they were being taught to me and to other children as historical fact.

At around eight years old, I took my crisis to my mother:

Me: mum, are you really a Christian?

Me: but do you really believe it’s true?

Mum: because that’s what I was taught as a child.

Me: so, if you’d been brought up in Egypt or India, you’d believe something different?

Mum: (long pause, maybe the first time she’d thought about this) yes, I suppose I would.

Me: so, do you really, really believe it’s true?

And that was that. In an instant I was no longer a Christian.

Later in life, I read more about Jesus, and was impressed with his message of love, the way that he threw the money-changers out of the temple, his fight against Roman imperialism and his willingness to die for his beliefs. I realised that had I been around at the time, I would almost definitely have been a follower of Jesus. This revelation tickled my mother pink – I’m guessing that she must have been thinking that I was destined for hell. And when there are difficult decisions to be made, I still ask myself, ‘what would Jesus do’, and then I don’t go far wrong. But I don’t have anything to do with the established church, of any denomination. I’m sure Jesus would be horrified at some of the things done throughout history in Christianity’s name, as well as the antics of people today who call themselves Christian. Blair springs to mind.

So I was very interested when someone sent me the video below – a sermon entitled ‘Ecology is the New Theology’ by reverend Michael Dowd. This is the kind of Christian thinking I could get behind.

His approach towards ecology, the universe, ‘creation’ (if you like) is one of reverence, humilty and gratitude. Ecology is not ‘for’ humans – we are part of it; we should be grateful for taking ‘enough’ from nature to be happy, not strive to take too much. We should express thanks to our ancestors for delivering us here, and be sure to leave a beautiful, bountiful earth for our descendants. But of course we are doing nothing of the sort.

But most importantly for me, he touched on five points that have been the main focus for Lowimpact.org since we were founded in 2001. They are:

1. We are in the 6th mass extinction event that the earth has experienced. It’s not slowing down, and unless we stop it, humans will not be able to inhabit this planet for much longer. See here.

2. Everlasting growth of the human economy is a religion – and a false religion at that. See here.

3. The real split in humanity is not left vs. right, but pro-future vs. anti-future. See here.

4. We’re living in a US empire, rather than in democracies. Empires are ‘wealth pumps’. The US contains 5% of the world’s population, but has sucked up a third of the world’s wealth. This situation is maintained with a network of US military bases in 150 countries, and sending your soldiers to other countries is not ‘defence’, it’s empire building, it’s attack. (I’d call it a corporate empire rather than a US empire – there are US citizens who are not benefiting from it, and non-US citizens who are). See here.

5. If you think that we can work to transform this system, you’re wrong. This system is collapsing and dying (and taking us with it). We have to build a new one, not try to save this one. See here.

To hear a US pastor talk about system change is refreshing (although interestingly, he never mentioned our current suicidal system by name – perhaps without a viable alternative, that’s a step too far). Any religion or political philosophy that requires lifestyle change by the majority for its implementation is doomed to failure, because not enough people will do it. If people had been asked to give up CFCs voluntarily, we’d probably be extinct by now, because even if it means death and destruction, the vast majority of people will not change their behaviour if it means a slight inconvenience. Some things have to be worked out at a higher level than the individual. The global agreement to stop producing CFCs gives me hope. The danger was seen, and the agreement was made – regardless of inconvenience or lost profits. The risk of the loss of the ozone layer was too great.

Dealing with climate change, ecological collapse and the quest for perpetual growth is a different matter. Causes and effects are not so obvious, and there are a lot of vested interests manipulating public opinion, with the result that regardless of the number of international conferences, reports and agreements, we don’t have the slightest chance of stopping the slide towards oblivion as long as we have a capitalist economy.

In the ‘perennial philosophy‘, popularised by Aldous Huxley, the core truth of all major religions are recognised. The ancients of India, Persia and the Levant taught that everything is one, and this is backed up by modern science. The atoms of all elements ultimately consist of quarks, pulses of energy, a pre-elemental force that was present in the moments after the Big Bang, but before hydrogen was created. Lao Tsu taught us of the Tao, and the need to live in harmony with all things; the Buddha taught us of the need to renounce worldly goods and seek enlightenment; Jesus taught us to love one another; and Mohamed taught us that we have to submit to a higher authority than humans. The fact that we are all going to die – to go back to nature (which Dowd associates with God), where we came from, means that every one of us has to submit at some point. For some, that realisation will come at the point of death, and for others, it will come in life.

For me, these teachings are self-evidently ‘right’, or as right as humans can ascertain. I can subscribe to all of them, if, as with my initial experience of Christianity, I ignore the very worldly prescriptions and proscriptions that cause so much trouble in the real world.

In a recent online conversation with a Christian friend, he pointed out several good Christians who had helped others and promoted environmental protection. But equally, there have been conquistadors, inquisitors, witch-burners and empire builders who considered themselves good Christians. It’s all in the interpretation. My friend’s focus is love. For him, Christianity means doing what Jesus would do. Yes, but we have a system that rewards non-love – ruthless, greedy, egotistical, materialistic, competitive people climb to the top in capitalism, and in a system like that, individual acts of love are kicking against the dominant worldview. You’re a fool if you don’t use sweatshops, avoid taxes, offer zero-hours contracts and corrupt politicians. Capitalism works against a loving society, in the same way that it works against balance with nature, enlightenment (it positively encourages the accumulation of worldly goods) and submission to the divine.

Dowd’s answer, for individuals and for our species, is to downshift – but many pastors, especially in US, preach that God wants us to be wealthy, because, like the good Samaritan, we can’t help others if we don’t have wealth ourselves. However, wealth comes in many guises – good health, satisyfing job, beautiful surroundings, happy family, strong community, peace – not just in the acquisition of money, and in the case of capitalism, for some, more money than can possibly ever be spent. Capitalism concentrates wealth, which ultimately destroys democracy, and requires constant growth, which ultimately destroys ecology. The reverend Dowd is right, we need a new system. Capitalism has to go, in the same way that the production of CFCs had to go – it’s too much of a risk to continue destroying ecology. Vested interests will fight change, and will use their media to convince others that there is no alternative to capitalism. But Michael Dowd is right. 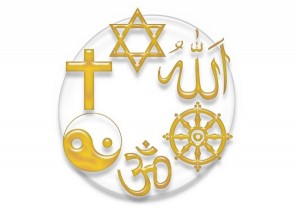 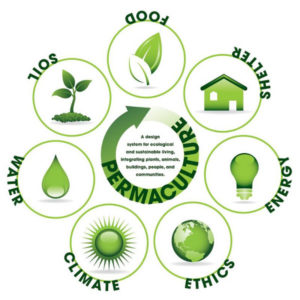 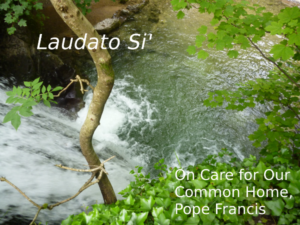 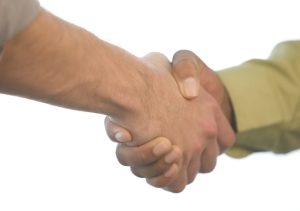