George Monbiot and friends are wrong: techno-utopianism won’t save us

George Monbiot has joined a campaign called ‘Reboot Food’, working with a group called ‘RePlanet’ – ‘ecomodernists’ (see below) / techno-utopians who would like to see governments remove their support for organic food and deregulate the GM industry, as well as producing bacteria-based food in giant factories (‘precision-fermentation’), and getting rid of smallholdings.

A war is looming between decentralisers / localisers and pro-corporate centralisers / intensifiers. I really hope George isn’t going to choose the wrong side – he’s been a hero of mine for years. But unfortunately, it looks like he is.

The philosophy of RePlanet and their fellow travellers is something called ‘ecomodernism’. Ecomodernists want to see a future of giant cities, surrounded by giant industrial farms with genetially-modified crops, pesticides and chemical fertilisers, nuclear power plants and maximum GDP growth. RePlanet speaks in defence of Bayer, Monsanto and glyphosate pesticides.

This is a pro-corporate agenda that will concentrate wealth more than it already is, helping maintain the status quo that has been so damaging to nature, communities, democracy and human well-being.

One of the founders of RePlanet is Mark Lynas, co-author of the Ecomodernist Manifesto.

Although he is no climate change denier, he strongly criticises the environment movement for its opposition to endless GDP growth. Surprise, surprise.

Lynas is funded to promote GM food by the Bill & Melinda Gates Foundation.

Mark Lynas thinks that corporate capitalism can solve climate change – that’s like burning your house down to keep warm.

GM crops and the ‘food shortage’

Ecomodernism and GM are not about feeding the world, but concentrating wealth in the corporate sector more than it already is, and to establish corporate control over as much of our food as possible.

It’s wrong to equate anti-GM with anti-science. I’m actually very pro-science, but GM is not about ending hunger, it’s about making corporations richer. Using technology to increase yields always costs more, and has a bigger environmental impact. The lowest impact, and the kind of farming that employs the most people, and provides a barrier against hunger (because they can produce their own food) is small-scale organic food production for local markets. But corporations don’t want this kind of agriculture – they can’t control it or make money from it.

There’s no food shortage. There’s enough food for everyone – it’s just that some people don’t have money to buy it or the land to grow it. That’s an economic / political problem, not a scientific / technical one, and therefore GM crops or precision-fermentation won’t solve it.

We don’t need GM to ‘feed the world’.

Small farms are the (only) future for agriculture

If smallholders and farming families could get their hands on land currently occupied by industrial ag. and large landowners, they could feed the world easily, without destroying soil or concentrating wealth in the corporate sector.

The problem is, they can’t get their hands on it because of corporate / billionaire land grabs, and states that enforce land ownerships laws that owe their legitimacy to historical acts of violence, namely conquest and enclosure.

More on small farms from Chris Smaje and Simon Fairlie.

My review of ‘A Small Farm Future’.

And finally, the ecomodernists support endless GDP growth – the real killer of the biosphere.

It’s not a complicated argument. Countries with the largest GDP do the most damage to nature. GDP growth can’t be ‘immaterial’. If GDP goes up, so does spending power (or it wasn’t really GDP growth). There’s no mechanism to ring-fence the increase in spending power so that it’s not spent on material things. As we can’t have endless growth in the production of material things, we can’t have endless GDP growth either.

Subscribe to our blog – we’ll be presenting a range of emerging alternatives to the corporate agenda over the coming year, based on building the ‘commons’ in every sector of the economy, including finance, housing, care and energy. We can thwart their plans, not by confronting them, or appealing to governments, but by building something that works better for ordinary people. 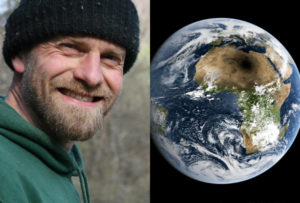