Corporations and banks corrupt our political system by pouring billions of dollars into it. No-one else can afford that level of corruption. Added to that, corporations control public opinion through ownership of the mainstream media, offer jobs to government ministers when they leave office (and often before), and banks control the money supply.

Intelligence, compassion and integrity are what we need in our decision-makers – but making the most money doesn’t require those qualities.

Plus, our economic system is primed to grow forever, which damages ecology. This is insane. Any species that fails to live in harmony with nature will eventually be removed by nature. We’re better than that, surely?

To survive and prosper, we need a new system – one that doesn’t concentrate wealth and power, and doesn’t damage nature.

But if any government tries to do anything about this by implementing corporate-unfriendly policies, investors are scared off, the country suffers economically, they lose the next election and another party is elected that reinstates corporate-friendly policies.

This is a very important point, and holds whoever gets elected, and whether we have proportional representation or not. The government of one country can’t change anything fundamental – the global system will force them back into line.

And after the 20th century, I don’t think anyone really believes that violent revolution can make things any better.

We will continue to promote lifestyle change through our 200 topics. The quality of our website will allow a growing number of people to find good information, training, products and services, and our range of topics will allow ‘cross-fertilisation’, so that visitors discover whole new fields as well as individual businesses.

But lifestyle change isn’t enough, because not enough people will do it. Most people are too busy with career, mortgage and family to even think about it. And if they do think about it, it’s often very difficult to change. The system we live in doesn’t make it easy.

However, our low-impact topics can form the basis of a new system – but only after we replace the current one. It will be difficult – it has a strong grip. But it’s not impossible – and it only needs a minority of us to get things moving.

This is not about left v right; there’s no ideology; no blueprint of what society might look like. Let’s just talk – and that includes everyone. Any plan for change mustn’t compromise freedom, or the right won’t be interested – and rightly so. We’ve had conversations with city bankers who have no problem with this concept. Working in the city, they understand that this system allows the wrong people to steer. Left and right fighting each other leaves the system intact and wastes time.

Below is our elevator pitch for how to implement a new system. Implement is the important word here, because there are lots of ideas around for what society might look like, but they lack a plan for implementation. We have an idea that’s implementable, launching late 2015 / early 2016, based on meetings in each other’s homes. We’re doing it in London already, and we’re working on a book and a website. It’s provisionally called ‘Philosophy Club’. Here’s the elevator pitch:

At the species level…

At the personal level…

(back to species level, above)

We need to talk. 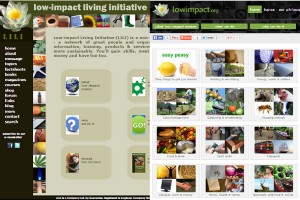 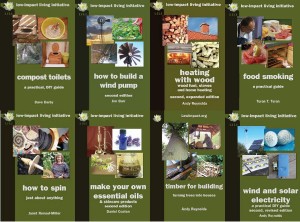