I have been running our home for the last decade or so using wind and solar electricity. The experiences of building this system have been distilled into a book, of which we are now in the third edition. The new editions were necessary due to the changes in the technology and the availability of the components. I still find it fascinating that when you face a solar panel into the sun then electricity is available at the cable ends, no moving parts or noise. I would just like to share the knowledge and do so through articles like this, through my book, and on my Youtube channel.

Solar power is all around us and is one of the reasons why we exist as we are. Trees and plants are of course the supreme example of natural solar collectors having evolved over vast swathes of time to harness this natural resource. As a by-product of this process they helpfully provide us with an almost unquantifiable range of goods, fibre with a wide range of of textures and properties, a source of stored energy in firewood and charcoal, building timber, and of course an atmosphere that we are thoughtlessly damaging.

The sun’s energy is held in photons travelling at the speed of light (naturally) from the sun over the 8 minutes or so away to reach the earth. Now 186,000 miles a second is an unimaginable speed and if photons had any more mass they would really hurt. The thing about solar power is that it is akin to snooker or billiards, in that a photon, when it enters a leaf or solar panel, displaces an electron from one of the atoms in the structure. Hence a very small bit of electricity is created, as electricity is the flow of electrons along something that will allow that flow to occur (a conductor). In a leaf it is all about causing atoms to split and recombine into different molecules that the tree can use in its daily existence. With photovoltaic (PV) solar panels it is about the same process causing a flow of electrons, but in this case the flow of electrons are given a path to follow. This path is a set of wires leading to the rest of the system. That’s as far as I am going to go with this otherwise it would fill several blog articles.

We can use solar panels to charge batteries, and hence to spread the usefulness of the generated energy over time, creating an energy-on-demand system. That, in the (so-called) developed world is taken so much for granted that we are not even aware of it. Within a woodland or smallholding this stored electrical power can be used to run things like an electric fence for stock control, a light, or recharge the very handy battery power tools.

Where to put them

Solar panels are not a natural workmate with woodlands due to the shade factor and so careful positioning is required to gain maximum direct sunlight. The problem is that reflected light in shade has differing wavelengths to that of direct sunlight and that leaves are green because that is the light wavelength that leaves reflect – the blue and red ends of the spectrum are absorbed in the process of photosysnthesis. The blue end of the spectrum has more energy in it and so direct “line of sight” access to the sun means that the panels in this situation give much more power.

I have heard many times the uninitiated say such things as“ there are special panels that work in low light levels”. This is a marketing trick. All panels will work in the shade but the output will be very low – nothing beats direct sunlight in the solar world. Mounting a panel on the south-facing side of a sunny glade or a wide ride is probably a good point to start. Fitting them at a south-facing sunny woodland edge would be ideal but in many situations could attract the panel disappearing fairy.

Joining up the elements

A frame of some sorts that raises the panel several metres off the ground and helps to reduce some local shade and perhaps accidental mower damage is very helpful. With a panel and battery arrangement the units need to be close together to prevent cable losses, especially with a 12 volt system that is popular for low-power systems. Losses in the cable happen because all conductors of electricity have a natural resistance to electron flow – copper being 7 times better at conducting than aluminium, which is better then steel. The bigger the cross section of the conductor (wire) and the shorter it is, the lower the resistance, and so especially for a 12 volt system the wires need to be quite thick – 6mm cross sectional area of the conductor at least and as short as possible. This limits possible panel positions, but in a smallholding situation would mean the system is mounted where the power is to be used. In the case of an electric fence the panel, battery and fence unit could be in a mobile unit, bearing in mind the security issue.

A simple system is made up of a panel and a battery, but in strong light and where power has not been used for a few days then battery overcharging is a problem. To prevent this, and the equally damaging total battery discharge, a charge controller is required. This needs to be automatic; and the modern ones have an output controller built in. This switches off the direct current (DC) load if the battery voltage goes below a preset level (about 11.5 volts). There are several ways of controlling the charge into batteries from a solar array (one or several panels working together). The commonly available ones are pulse width modulation (PWM) and maximum power point tracking (MPPT).

For a very basic description of how these work – the MPPT system balances the higher voltage available from a panel and by means of complicated circuitry transforms it into extra power, meaning you get slightly more. This uses the basics of Ohms law, where volts x amps = watts, so if you let the volts rise for a given current then the watts increase.

A PMW controller is somewhat simpler and uses a similar system to the old Lucas dynamo controllers once found in cars. When the battery is fully charged and the voltage has risen to a preset level then the panel is switched on and off rapidly, and in doing so keeps the voltage at a steady level. The time of on and off is automatically varied to keep the voltage even.

The Steca 25 25 in the photo above also has a USB 5v output for charging phones, tablets and such like. The LCD screen lets the uninitiated into the secret of what is going on. For more info on this I have a video on my Steca unit, here:

Occasional electrical power in the woods is very useful and solar is both passive and less damaging than a generator, but the increasing trend of “going off-grid” seems to me just another excuse to try and change a woodland into a residence. I know of several examples in Lincolnshire near Newark, Louth and Lincoln were woodlands have slowly been populated with series of permanent buildings and houses, losing more of the now quite rare (for lowland Britain) undisturbed woodland habitat.

Solar power can equally be applied to the domestic situation. You do not need to be “off grid” to use solar power at home and the current change in legislation is moving to favour local generation. The quickest way to use solar power and in the same sweep reduce your carbon footprint is to change your energy supplier to a 100% renewable provider like Good Energy or Ecotricity. Beyond this simple and very effective step it is very easy to fit solar panels and a grid inverter and so reduce your electricity bill. The courses I run cover both off and on grid systems and are designed to help people to help themselves.

Andy Reynolds is a provider of non-profit, free access learning on Youtube, author of Wind and Solar Electricity (edtn 3), Timber for Building, and Heating with Wood, Forester and instructor, long term practitioner in low-impact living. He tries to promote self-reliance wherever possible. He teaches solar electricity for Brighton Permaculture Trust and the Inkpot, Lincolnshire. The next course at the Inkpot is in April 2018 and in Brighton in June 2018. 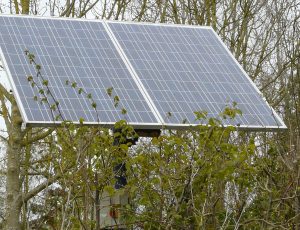 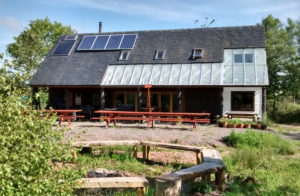 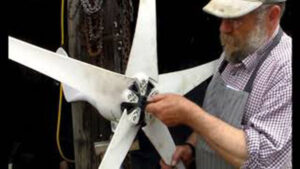 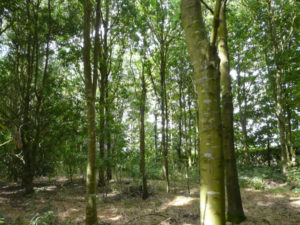 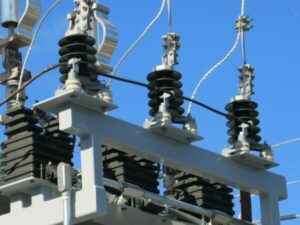