Lowimpact.org has campaigned since 2001 for stabilisation of the global economy. Our aim is to help shift humanity towards a way of being on this planet that doesn’t destroy the biosphere. And that’s not possible without stabilising the economy. Obviously, material growth can’t continue forever – as in more resources used, more waste created (in fact the global eco-footprint of humanity is already more than one planet, and so a bit of material shrinkage is in order, I think, notably in the West). Economic growth always results in greater overall spending power (if it doesn’t, it’s not economic growth – it’s devaluation of the currency). That increase in overall spending power can’t be ring-fenced so that people don’t buy more material ‘stuff’ – and therefore, if we can’t have perpetual growth in resource use and waste, we can’t have perpetual economic growth. ‘Development’ – as in change – yes, but growth, no.

It seems really obvious, but still, not all ‘greenies’ get it. So we were really surprised when we discovered that a leader of a major Western country questions the need or indeed the possibility of perpetual growth. How refreshing. The person in question is Justin Trudeau, prime minister of Canada. This is what he said:

“There are a lot of people out there, environmental thinkers like Herman Daly and others, who talk about the fact that maybe endless growth within a finite system is not either possible or even desirable. Maybe we have to talk about shifting our focus so that instead of just growing, we’re actually developing and improving.” – Maclean’s, “In conversation: Justin Trudeau” 2012

However, he said it in 2012, before he was elected PM. Below is a letter from James Magnus-Johnston, Canadian Director of the Center for the Advancement of the Steady State Economy (CASSE), asking if he still believes what he said, and suggesting some policies if he does. Over to you James.

Congratulations on winning a majority government. While most of the world appears to be fixated on your admirable hair and bone structure, I’m caught reflecting on these words you uttered a few years ago. I’m not surprised that I haven’t heard you repeat them recently, since very few world leaders adopt the rhetoric of the post-growth paradigm. But it’s clear that you have some fundamental knowledge of alternatives to growth.

If your handlers wouldn’t dare let you say such things on the campaign trail, it’s perhaps unlikely to think that you’ll adopt a steady state agenda during your term in office. On the other hand, what you said wasn’t printed in some obscure blog, taken out of context, or overheard in conversation. It was in a national platform, Maclean’s magazine, one of Canada’s largest newsmagazines. Your remarks appear to reveal some sincerity about your view of the world we’re currently inhabiting—a world with definable environmental limits to growth, like climate change.

Of course, the norms of the majority and rhetoric of the status quo can overwhelm the greatest idealists, especially in a centrist big-tent party like Canada’s liberal party. So I’m going to appeal to your not-so-long-lost philosophy by reminding you that many young folks are facing a bleak future. And I don’t just mean low-wage jobs. I mean a fear of catastrophic environmental breakdown, as evidenced by rapid methane releases in the Arctic and ocean acidification—both characteristics of climate change—as well as mass extinction. These are real, tangible manifestations of the limits to growth.

It’s going to be very hard to turn our atmosphere around, but we could adopt policies immediately to shift our focus “so that instead of just growing, we’re actually developing and improving.” Here are five practical ways to move us towards a better, more sustainable economy. After all, you’re the one that keeps reminding us that “in Canada, better is always possible.”

So, Mr. Trudeau, if you truly believe (as you said) that “maybe we have to talk about shifting our focus so that instead of just growing, we’re actually developing and improving,” I’ve just provided five examples of how your government can start doing that right away.

We recognize that the devil is in the details, and we’re here to help sort through them with you.

For a thriving, sustainable future,

Canadian Director, Center for the Advancement of the Steady State Economy (CASSE)

This letter is re-blogged from Steadystate.org 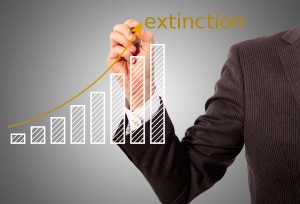