When his old computer died, Simon Lennane knew exactly what to do to get back up and running, by building a Linux computer from scratch.

My computer, Doris*, died last week. We came back from a few days away to find the mouse and keyboard didn’t light at all, suggesting the USB power has gone, probably due to a fried motherboard. The same thing happened 14 years ago, when our farmer neighbour irrigated our power lines as well as his spuds.

This meant Doris was 14 years old, which is a huge lifespan for a computer. Most computers are replaced considerably more often than this, as they slowly sludge up with ‘bloatware’ (unnecessary software running in the background, including malware). Operating systems eventually stop being supported, while antivirus software can make even modern spec PCs seem sluggish at times. This built in obsolescence is costly, both financially and ecologically. It is possible to make the way we use computers a more pleasant experience, but this means moving beyond Windows and Microsoft into the world of open-source software.

What is open source?

Open-source software is based on shared source code, available for anyone to modify, built around the principle that freely sharing is beneficial to all. The Linux operating system is open source, meaning you can download and use it for free. Windows licences add £100 or more to the cost of a PC, plus having to pay for Office and antivirus software. LibreOffice is a free equivalent to Office, offering word processing, spreadsheets, presentations and the rest, while there are high quality alternatives for pretty much any other software you might need. Changing to open source saves money, making quality computing available to those on low incomes, as well as running on older or reused machines.

To me, the deal is that if you use open source, you share things yourself. I had a lovely thing happen recently – out of the blue, a chap from Italy contacted me to say he’d found some code I’d written to hack a guitar pedal, and a group of people had designed something using my code. I’d forgotten writing it, but I’d stuck it up on github, a sharing site, where this group had found, developed and then completed it. That was a great feeling, that open sourcing my code had saved someone else a lot of bother, and ended up with a collaboration to solve a problem.

Anyway, Doris needed replacing, so here’s how to make a Linux computer from scratch.

I looked for a company that sells PCs without an operating system – why pay extra for a Windows I won’t use? You could buy the components and build one yourself, but it’s a faff and doesn’t save much money.

Novatech are based near where we used to live in Portsmouth. We’ve bought from them before and they do a core i3 8100 for £319 (as of January 2019). Chip numbers and speeds are deliberately obtuse, but basically £300 gets you something reasonable that will cope with the vast majority of computing tasks, though it won’t handle 3D gaming. Most of the time computers are just waiting around for you to press something anyway. You can search for a ‘benchmark’ speed for the various chips and options offered which gives an idea of performance against cost. A solid state drive is a worthwhile inclusion, as they speed things up, especially the time to start after turning on, though Linux is already much faster than Windows to get started.

A custom PC like this will come without a monitor, mouse or keyboard, so I’m just going to reuse the same ones from before. I’ll unscrew the DVD & hard drive from old Doris to put in her new incarnation, which will save another £80 or so, and then it just needs all the leads putting back in the right place. All my data is on the hard drive, so it’ll just transfer over to the new computer. If it feels scary plugging stuff in, make a note of the motherboard make and model, and the online manual will show you where everything fits.

A good option is to reuse an old computer. Putting Linux on it can add 5 to 10 years of useful life to a sluggish Windows machine. This is a good project for an old laptop or charity store find. You can also add Linux to a current machine, known as ‘dual boot’, letting you choose which operating system you want at start up. This keeps your Windows as it is and lets you play with Linux as well, so is a good way to test the water without committing yourself. Linux can see Windows files, but Windows sullenly refuses to see Linux files, so something like Dropbox is a good way of sharing files between the two.

Which version of Linux?

Linux comes in different flavours, known as ‘distributions’, which change the look and feel of the computer, while relying on the same underlying code. Unless you have particular needs, it’s easiest to stick with distributions based on Debian, with Linux Mint probably the easiest to get used to, coming with a suite of office and graphics software already installed. I might try Manjaro Linux next, which is based on the very quick Arch Linux, and comes with the Cinnamon desktop I use, but is not as beginner-friendly as Mint.

How to do it

Download the latest version from here. If you don’t know which one you want, the 64bit Cinnamon version is a good bet and will work for all but the oldest machines. Choose any mirror site, ideally one near you, to download it from, and then follow the instructions here to unpack the .iso file you’ve downloaded onto a USB stick (just copying it over won’t work). You should now have a USB stick containing Linux Mint. If you stick this in the USB socket of any computer it should recognise it on starting up and boot into Mint instead. You can use and play around with it from a USB stick, but eventually you’ll want to install it permanently.

This is easy on a new machine, but you can also choose for it to live alongside Windows, so you can use both, though not at the same time. Click on the install button and answer the questions along the way, and within the hour you’ll have a new computer ready for you. If there are problems, the documentation is good and Linux users are a friendly and helpful community.

It’s partly the ecological reason of reducing consumption, getting away from the upgrade treadmill and planned obsolescence that plagues modern IT. The shared nature of open source is appealing, and a welcoming community supports Linux. Developers will welcome donations, but the software is free for anyone to download and use. It can take a bit of getting used to a different way of doing things, but the feel and responsiveness is much nicer than Windows, so it’s worth persevering. I’ve been using Linux for 15 years and resent having to use Windows at work – it’s clunky and slow, even on a modern machine. There is a quality argument too. Many of us use computers for significant parts of our working day, and removing annoyances and slow booting times makes us more productive. I find I do better work with better tools.

It’s nice to be able to upgrade an operating system from time to time, so I have a quick solid state (SSD) drive just for the operating system, and use a separate hard disk for stuff like documents and music. I’ll hook this out of old Doris and hopefully everything will be there, as I’ve not done a backup for a few months. Most of the stuff I’m working on is on Dropbox anyway, but our mp3s & videos all live in a shared folder on Doris, so anyone in the house can access them.

P.S. It all worked! Manjaro Linux is lovely and quick. From turning on to a usable desktop in 20 seconds or so.

*Naming computers after grandparents and favourite aunts is as good a way as any. 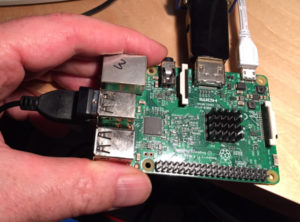 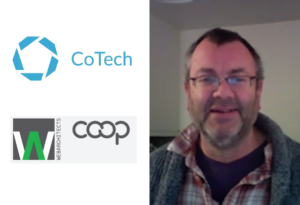 Co-operativising the tech sector: an interview with Graham Mitchell of Webarchitects & CoTech 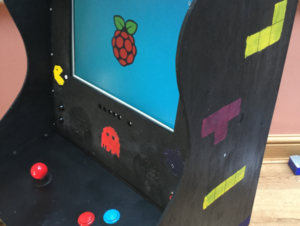 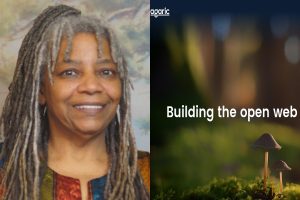 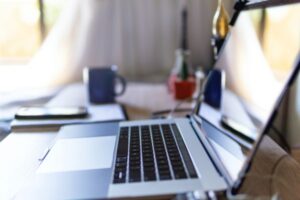 Keeping your tech ticking: how to extend the lifetime of your laptop