Today I’m interviewing Laurence Anderson of Tradeswap – a mutual credit network in Australia. I’m very interested in what you’re up to Laurence, because as you know, a group of us are trying to set up mutual credit networks in the UK, with a view to building a global credit commons.

Now if viewers, listeners, readers – however you’re consuming this – don’t know what mutual credit is, here’s a link. But just quickly, businesses go into a directory, you get an account. when you sell, your account goes up, and when you buy, it goes down – but just numbers in an account, not money. There’s a limit to how far you can go into credit or debit. There are more details, but that’s it for the fundamentals – a moneyless trading system that doesn’t involve interest, and doesn’t require banks.

If I could ask you a few questions about Tradeswap – and then I’m really interested in how you’ve been doing since lockdown, and whether people in Australia see the benefits of being able to trade without money when there’s no money around.

First – where are you in Australia?

In a township called Packenham, near Melbourne.

You don’t use the term mutual credit, do you? But it isn’t barter is it? It’s also called reciprocal trade or business barter or a trade exchange.

Yes, we call it barter. We say ‘cash is king, but barter is smarter’.

There’s a big barter industry in the States – but it’s not barter is it? I don’t have to have what you want, and you have what I want at the same time. It’s not a swap.

No, it’s not a one-on-one. It’s the same as what you call mutual credit.

When did you start?

We were registered in 1985. Which makes us the oldest trade exchange in Australia, and possibly the world. Bartercard say that they’re the oldest, but they were formed in 1991.

How many businesses in your network?

And there are no problems with consumer credit regulations in Oz?

We comply with all regulations.

Do individuals have to earn first before they can spend?

They get $200 worth of credits when they join, but then, yes, they have to earn some credits before spending.

On the help page, I see that you’ve added step-by-step guides to everything that a new member can do on the site. It looks complicated, but if you follow it, it’s quite simple. It shows people how to set up their profiles, add images, change passwords etc. I see on your website there’s a one-off $220 joining fee, which is half cash and half mutual credit / or trade credits, then a 3.3% transaction fee for sellers and a 6.6% fee for buyers, is that right? and the transaction fees are in trade credit?

How do you collect that?

In the past we took credit / debit card details and took fees from members’ cards monthly. But cards expire, so that has caused problems in the past. Now, the fee is paid by card when a transaction is initiated.

Why don’t you take buyers’ fees in trade credits?

We need some cash fees to pay cash overheads. But that’s our only cash fee.

And you can get referral fees from the trades of businesses you introduce into Tradeswap, is that right? How much are the referral fees?

50% of the fees generated from the businesses you introduce.

So fees come from percentage of transaction fees of the businesses you refer, rather than being generated from some central account – so it’s not going to cause inflation in the system. It pays for itself?

Yes. Plus – if a member does no trades at all for a month, there’s a $20 fee. We’ve just introduced this, to encourage trade, and to cover admin costs.

Are the referral fees a good incentive?

Yes – small businesses / sole traders tend to take advantage of it, rather than larger businesses. And if a business you refer then refers another business, you get a smaller fee for that too – up to five levels. So around 70% of our cash income goes on referral fees – so it goes back to members. It’s also an encouragement for members to introduce new members, and make sure they’re happy, so that they trade and generate referral fees. Everyone gets a slice of the pie.

Some networks show businesses, and some show goods and services. But you show both, don’t you? You don’t find that confuses people?

Yes. You can see all businesses and all offers without having to log in. Most other trade exchanges, you have to log in first.

If some of the entries are (say) cars, and some are (say) car showrooms / sellers, doesn’t that confuse people?

You’ve got lots of categories on your home page – you go straight to showing visitors what’s on offer. That’s probably a good idea. That’s what people are interested in, after all.

Yes, we did that deliberately. On lots of other platforms, you have to click several times before you get to what you want.

How did you decide the categories?

We just looked at other sites, and worked out the best way to display what people might want. We added the most common categories, rather than re-invent the wheel.

How did you find out about mutual credit / barter trade in the first place?

I was involved with LETS. And later I was introduced to Matthew Slater (Credit Commons) – his mum lives in Bendigo, Victoria.

Have you tried other ways of charging fees?

We used to have cash fees for buyers and sellers, but fees were then closer to other networks, and I felt uncomfortable. I don’t like to charge too much. We’ve only ever used fees to cover costs.

Do you get things for yourself from Tradeswap?

I use it and encourage staff to use it. If it works for yourself, it will work for others. I’m a high user of the system.

Are you one big network, or are there smaller nodes within Tradeswap?

So how do you build trust – how do you know you can trust businesses when they join?

We don’t, until they start trading. Over the years, we’ve only ever had a couple of examples of businesses who didn’t trade back from a position of debit.

How do you deal with that?

We’ve had to soak up the deficits ourselves. We had to use the sellers’ fees to cover it.

You’ve never taken anyone to court?

We’ve done it a couple of times in the past, but it’s a last resort.

Sorry, you were telling me about some of the things you’ve got from the system.

Well, the chair I’m sitting on and the table I’m sitting at. Plus the laptop I’m using. Plus my glasses and my teeth.

So there are dentists in the network?

Do you do a lot of brokering? Do you look for trading loops?

What would happen if you didn’t? Would everything grind to a halt?

Yes and no. Some traders just keep trading themselves, because they love the concept. But others will forget about it.

Can members trade in cash as well as mutual credit?

They can, but the cash part has nothing to do with us.

OK. So they just contact each other and do that themselves.

How do you work out how far businesses can go into debit?

What’s happening to your business / members in the current economic climate?

We’ve had an increase in business. Actually the biggest increase has been in home cleaners and ‘handyman’ services.

But people aren’t supposed to go into each other’s homes?

I’m just trying to work out how much your trade has increased since lockdown.

Wow. I’ve talked with people in mutual credit who say that trade usually falls when the economy shrinks. But that’s not the case for you?

No. Our industry has been built on recessions.

Yes, of course. Sardex in Sardinia started in 2009; the Wir Bank in Switzerland started in 1934 etc.

In the mid-90s our economy was tight, and that’s when I first noticed it. The barter industry really grew.

So if we’re trying to start mutual credit clubs in the UK now, it’s probably the best possible time to do it.

Are the effects of the lockdown really hitting hard yet? Or is anything else influencing this – are the banks still lending?

So do you think the upturn in your business is entirely down to recession, or are you doing anything differently?

Well, every time the economy gets tight, we grow. When the economy is booming, we die, but we grow again when times are tough.

Some of these barter schemes charge a lot. Why do you think businesses pay so much?

Bartercard seem to have the highest fees, but they also obviously provide the best service. They’ve grown to a huge size. They give good customer service. There were 20 different trade exchanges in Australia in 1999. Most of them have gone now, but Bartercard have grown, because although they have the highest fees, they give the best customer service.

So it seems that businesses will pay quite a lot for moneyless trade.

We’re going to start mutual credit clubs in the UK. What would your advice to us be?

Call your customers. Ask them what they want.

So we’re building mutual credit clubs in the UK, that will be able to trade with each other in a federation that will go global – can we talk to you again then, with a view to Tradeswap being in the global network?

Sure. I’d love to. Our philosophy is to encapsulate the world – get the world on trade.

Do it. Don’t theorise it. Do it. People don’t realise that it’s the oldest economic transaction system in the world. Do it, rather than theorising about it. 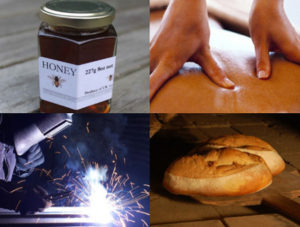 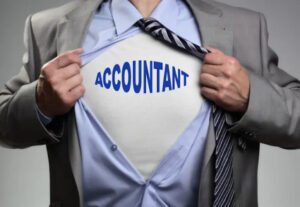 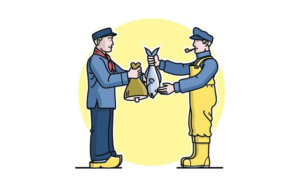 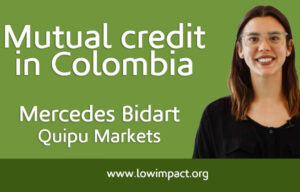