Trade deals (and in fact, the EU) exist to maximise growth and to orient our economies towards exports. From an environmental perspective, this is the exact opposite of what we should be doing. If we ever want to live in harmony with the nature of our home planet (and therefore avoid extinction), then we have to stabilise our economies and orient them towards production for the home market – and really, to prioritise production for our local communities. We don’t need to trade with Germany, or the north-eastern states of the US at all, for example. The climate and terrain is similar, and there is nothing that those regions produce that we can’t produce for ourselves, and vice versa. Let’s cut out the transportation of goods across the world, and produce for local consumption.

The argument that they use is that these trade deals will produce more jobs. But they don’t, they really don’t. An economy based on small businesses producing things for their local communities create many times more jobs that a corporate economy geared towards exports. And they’re better jobs – more interesting, better paid, more creative. See here for more on this.

So President Obama telling us that leaving the EU will make it less likely that we’ll be part of these trade deals (and specifically TTIP) is one of the best reasons I can think of for leaving the EU.

I suggest that the most important thing you need to know about EU policy is where it comes from – the European Round Table of Industrialists. Please read this and see if you can think of any way to break the link between the ERT and the European Commission – apart from leaving the EU.

I know that supporting Brexit puts you in the same camp as Boris Johnson, Ian Botham and Nigel Farage – not really the kind of people you want to hang out with – but we shouldn’t be sniffy about that, I don’t think. They might want to leave for different, and not very compelling reasons, but unless we want the future to be more corporate than it already is, I think that we have to leave.

I still believe all the things I used to believe when I was in favour of the EU – I believe in European (and global) unity – I’d like to live to see a world without borders in my lifetime (although barring a miracle, I won’t); and I’d like to see a winding down of the military machine, or at least an orienting of it towards defence rather than attack; but I’d like to achieve these things via a network of grassroots organisations, not corporate ones.

I think the (vaguely) left/green world has been bamboozled about this. We’ve been made to think that the EU and other corporate institutions are essential if we want peace, prosperity and the freedom to travel where we like and to work with / befriend / marry who we like, regardless of where they were born. But they’re not essential – far from it.

Obviously, no-one with any sense of right and wrong wants TTIP, but I’ve turned 180 degrees when it comes to the EU. It’s a corporate-controlled institution, and there’s no mechanism that I can see to change that. If you know of one, please let me know – but be specific: how are we going to stop the ERT writing EU policy via the EC? Please, nothing fluffy about how we’re all brothers and sisters, or ‘no man is an island’ or that the EU churns out good environmental regulations. If you can’t see a way to stop the ERT running the EU, then let’s leave. In fact, let’s go further than that – let’s dismantle it.

This editorial in Private Eye nails it – well said, Ian. 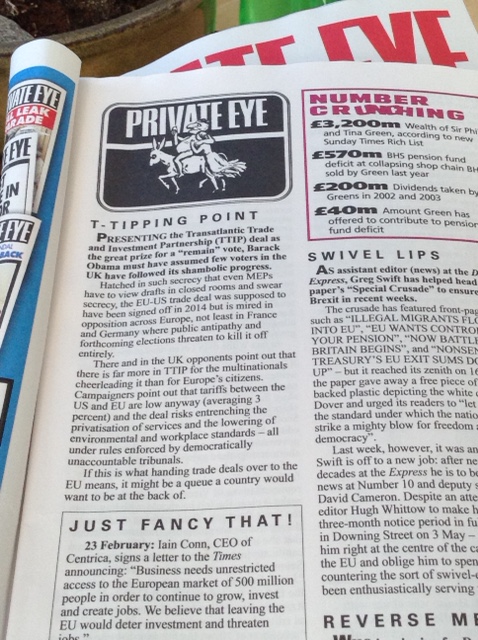 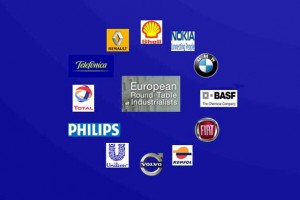 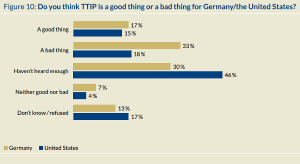