If it’s warm in February the bees will be in trouble. Nick Mann of Habitat Aid explains how you can do your bit to help them by planting winter bee plants in your garden.

Climate change means that bees are struggling in late winter. Honeybees and bumblebee queens are out and about in the second half of February as I write, with the temperature getting up to the mid teens in Somerset.

Honeybees will fly above 12 degrees, bumblebees in colder weather. The earliest solitary bees, like the gorgeous Hairy-footed flower bee* (Anthophora plumipes), are around too. And this is problematic. Bees need nectar (for sugars and water) and pollen (for protein). Particularly early in the season they need to collect this food for their developing larvae. But where can they find it? They’re in real danger of starving. Winter bee plants are essential – and let’s not forget for overwintering butterflies too.

Blackthorn, traditionally the saviour of country beekeepers, is days away from flowering here. Most willows are in bud. There just aren’t many native flowers out. It’s a really critical time, particularly for bumblebee queens. This is a new phenomenon. The good guides, like Plants For Bees, aren’t confident about which plants work for all these bees in mid-February, because in the past it has been too early for them. The only bees you tended to see on the odd warm February day were honeybees out on a quick cleansing flight.

So how can you help? Here are five plant ideas for your garden.

You can plant several really good flowers and trees which aren’t just flowering now – some have already been out for weeks. Mahonia falls into this category. It’s an excellent winter bee plant, particularly a variety like ‘Winter Sun’. Bombus terrestris, the buff-tailed bumblebee, now seems to have two generations in a year in some parts of the south, and this is a particularly important plant for it.

The crocuses have been out for week or so, in contrast. They might not flower long, but – boy – they seem to be an excellent plant for a range of bees. They produce prolific amounts of yellow/orange pollen, and are also popular with hoverflies. Go for Early Crocus (Crocus tommasinianus) or Dutch crocus (Crocus vernus).

Our hellebores have been flowering for weeks. Helleborus niger, the Christmas rose, is the first in flower. They have whitish pollen which doesn’t seem to be produced in vast quantities, but is invaluable at this time of year. Good winter bee plants.

We also have a couple of small trees which are highly decorative and early in blossom. The very first is Cherry plum (Prunus cerasifera), which is easily confused with Blackthorn as it’s often found in hedges and its flowers are similar. It’s not as spiny, however; the young growth is green, the flowers have stalks, and it flowers earlier. Cherry plum is in my top 10 of under-rated native plants (it was introduced here ages ago and is now fully naturalised). It’s tough – often used as a windbreak – and has this very early flowering period. It’s a good hedge plant and sometimes produces fruit which the birds like.

Cherry plum is regularly in flower in mid-February, and just beats our Almond trees (Prunus dulcis). It will have to get hotter yet for us to have nuts, but the fabulous delicate and early pink blossom is reason enough to grow them. Honeybees pollinate almond orchards in California (where they’re treated scandalously). Here they seem to like them too.

*If you’re a fan you should plant pulmonaria. 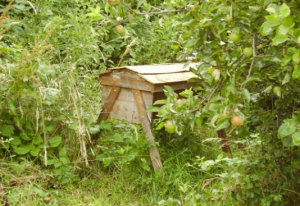 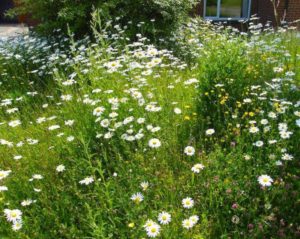 How to start a native wildflower meadow in 6 easy steps 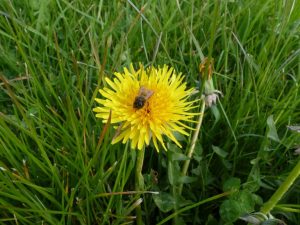 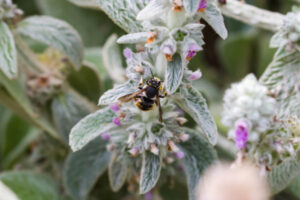