Sometimes, when I’m sitting in front of my laptop screen, I forget how many great people there are out there doing wonderful things, and it’s easy to believe that we’re never going to get rid of this damaging system, and that it will eventually damage ecology so much that this planet just won’t be able to support us any more.

Then I go along to an event like this and suddenly I’m surrounded by hundreds of people working to bring about change – and this is just in the food / farming sector – which means that there must be thousands if not hundreds of thousands of people working for change in the whole economy in this country, and perhaps millions across the globe. It makes me feel part of something much bigger, and gives me a much-needed infusion of optimism.

Here, in no particular order, are some of the people I met or heard speak during the two days of the conference.

I sat next to James Campbell of Garden Organic for one session – they’re running the Heritage Seed Library, which preserves varieties that are no longer available through mainstream seed merchants, and heirloom varieties that have been saved over many generations. This isn’t a gene bank though – the seeds are made available to members who grow fruit and vegetables from them and produce more seeds for the library. Their very important work preserves the diversity and therefore robustness of our food base. 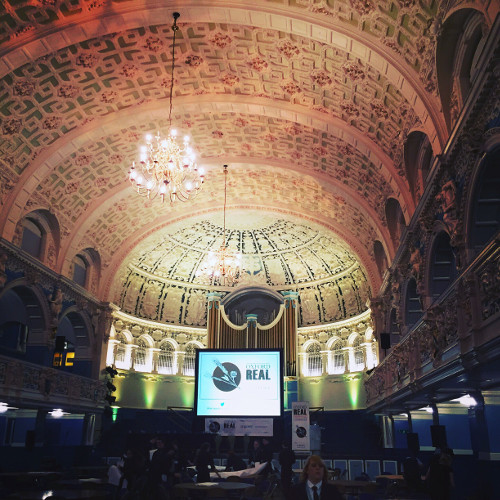 I attended ‘Retail: The Missing Link in Scaling Up’ and heard Phil Haughton of the Better Food Company speak. The BFC retail organic, locally-produced food in Bristol. Also speaking was Julie Brown, who I did a Permaculture course with 20 years ago. She’s gone on to found Growing Communities in Hackney, running an organic fruit and veg bag scheme and farmers’ market.

I bumped into Scarlett Penn of WWOOF UK, who link up volunteers with organic farms and smallholdings. She introduced me to Adam Cade, who is developing LLOOF, which will turn into a huge learning resource for WWOOFers and others.

Simon Fairlie (top photo, left) of the Land Magazine sold me a binder for my copies of the Land (I’ve got ’em all – it’s the best magazine in the world, imho); and George Monbiot (top photo, right) was banging away on his keyboard, turning out his usual excellent stuff for the Guardian.

There was a ‘soap box’ session during which anyone could stand up and tell everyone what they were up to. I was impressed with Carolin of the Food Assembly. They’ve set up a system whereby local people order food online, and local producers deliver the orders at a pop-up farmers’ market. Great stuff!

I saw Helena Paul and Ricarda Steinbrecher of Econexus talk eloquently about GM food, especially how they attempt to avoid regulation and try to persuade us all that they’re doing it for us – to ‘feed the world’ when in fact the way to produce the most food from the least land is via small mixed farms and smallholdings. GM is for the corporate sector to take over more of our food supply – don’t be fooled.

I came down to breakfast at my guest house and there was someone reading the conference programme. He turned out to be Tom Lines, author of Making Poverty: A History, currently investigating TTIP and corporate land grabs. Well, to say that he’s an interesting chap is a huge understatement, and we chatted so much that we missed the first session of the day. 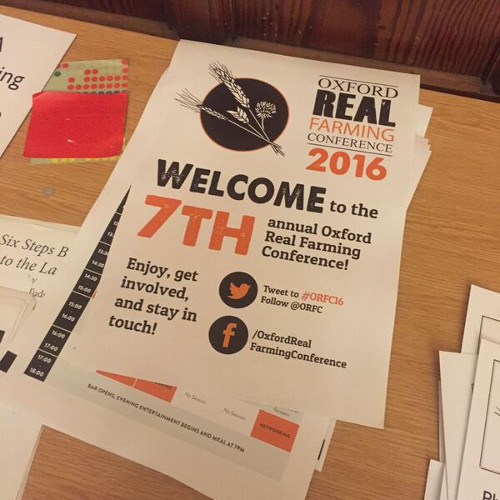 I bumped into Peter Harper, who ran a course on compost toilets that I attended at the Centre for Alternative Technology around 20 years ago, and which set me on a course that ended with my founding Lowimpact.org in 2001. Thank you Peter.

I’ve already blogged about the session on the corruption of science in agriculture and the launch of the rural manifesto, but it won’t hurt to mention them again. And here’s a nod to the great speakers at the ‘Access to Land’ session – Robin of the Community Food Growers Network, Toby from Shelter, Ed from Chagfood and Humphrey of Edible Futures. More power to all of your elbows.

I had a meal on Wednesday evening with Tracy, Rob, Rupert and others from the Community-supported Agriculture (CSA) Network, and attended a session on the growth of CSA in Europe, with presentations from Fabian of GartenCoop in Germany and Christea and Elena of ASAT in Romania – very inspiring.

And finally, thank you Reuben of Locavore for the conversations on how to stop successful independent or community enterprises being swallowed by the corporate sector. They are busy setting up retail outlets for local food, to try to reduce the 97% share of the grocery market that corporate supermarkets currently hold. Good luck guys.

Sorry to all the people I met who I’ve left off this list. Email me and I’ll put you into our directory.

Have a browse around those links and see if you feel inspired too. And see you at next year’s conference. 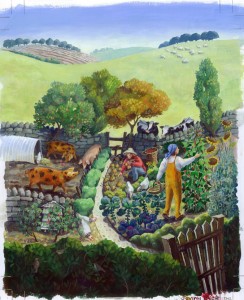 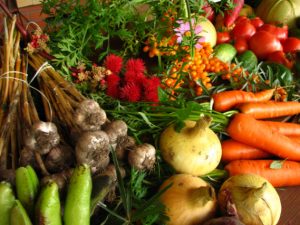 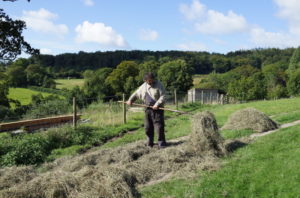 Haymaking by hand: a guide from Indie Farmer 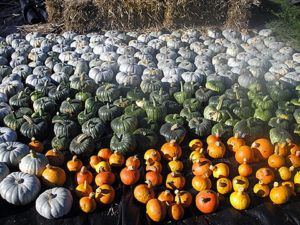 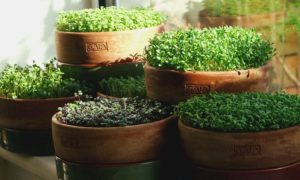 Why are clay pots better for sprouts and microgreens than plastic or glass? 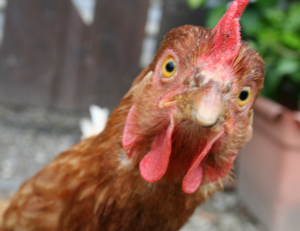 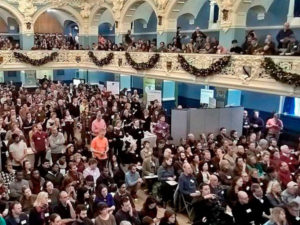