Do you know what glyphosate is? It’s a herbicide developed by Monsanto, sold under the trade name Roundup – the most widely-used pesticide in the world. Genetically-engineered (Roundup ready) soy has been developed to tolerate glyphosate. There has been a study recently, on the toxicity of glyphosate. It was published in the Journal of Analytical and Environmental Toxicology – carried out by independent scientists and peer-reviewed, as you would expect.

And here’s a mini-abstract of the abstract: it’s nasty stuff, and there’s a serious risk of birth defects. The thing is, it seems that the industry, governments and the EU have rebutted this study, on the basis of unpublished industry research.

So, we have a toxic herbicide, that only exists because of the GM industry, that independent scientists are telling us is dangerous, and industry scientists are telling us is not. I have to nail my colours to the mast here – I’m completely anti-GM. People who take that position are often labelled ‘anti-science’. I want to explain that (in my case, at least), that’s not the case.

No-one is more aware of the power of science than me. I’m no new-agey-type green. I proselytize about the importance of rational thought. Right, so now I’ve got that out of the way, let me say this. My argument is not because I’m anti-science, it’s because there is no need whatsoever for genetically-modified food. The only reason it exists at all is to make money for giant corporations like Monsanto. The best way to feed the world (and employ the world) is via organic smallholdings. See this piece from George Monbiot. If you disagree with his findings, then point out where you think he’s gone wrong. He’s known for being quite thorough in his research.

GM is just another arrow in the quiver of chemical agribusiness, along with monoculture, pesticides, synthetic fertilizers, removal of trees and hedges and larger and larger machinery, all of which damage soil structure and biodiversity. Developed countries are losing soil at an alarming rate, and developing countries are not far behind. We’re eroding soil faster than it can be replaced by natural processes, and so what we’re actually doing is mining it – a really stupid thing to do. But it makes money, so it’s going to continue, at least for the time being.

Companies like Monsanto need to capture a larger market share if they are going to satisfy their shareholders. They do that in several ways. I’m sure you know about the infamous ‘terminator’ seeds – genetically-modified plants that don’t produce viable seeds, so that farmers have to buy new seed every year from the biotech corporations. But did you know that in Iraq, companies like Monsanto monopolised the supply of seeds after the war, and the US prevented Iraqis from using their own seeds. They can never get their seed heritage back – the longest seed heritage in the world – over 10,000 years, as Iraq is where agriculture began. Who knew this was happening? Well, it’s happening everywhere – it’s just that the Iraq war gave GM companies the opportunity to do it wholesale via the direct control of a country and its legal system. See here, here, here and here for more information, or just do a search for Iraq/Monsanto.

Let’s make sure that GM food is labelled, and let’s not buy it. Of course, Lowimpact.org’s position is let’s try not to buy anything from the corporate empire at all if we can help it – but GM is particularly noxious 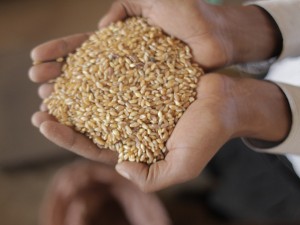 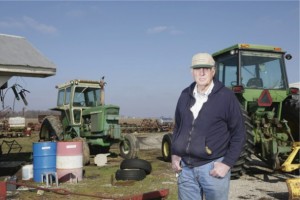 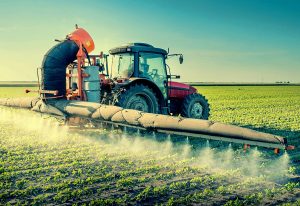 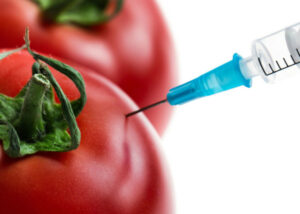 George Monbiot and friends are wrong: techno-utopianism won’t save us