Review of ‘Drinking Molotov Cocktails with Gandhi’ by Mark Boyle – part 2: the role of violence

This is the second article generated from Mark Boyle’s book Drinking Molotov Cocktails with Gandhi. The first was about the ineffectiveness of reformism when faced with corporate capitalism – ‘The Machine’ as he calls it. The kinds of lifestyle changes that Lowimpact.org promote are also part of the reformist package, so I can hardly dismiss reformism wholesale. I think it has a role in bringing about change, but it’s not enough, in that it doesn’t threaten the corporate system.

Mark summarises his position in in the latest edition of New Internationalist magazine: ‘The Machine, owned and run by the Establishment for its own ends, must be resisted and revolted against, before it kills us all.’ Stirring stuff, and I think he’s absolutely right. Mark sees the Machine’s relationship to the earth’s biosphere as that of a parasite, virus or disease organism. Every time you pay money into a corporate bank, or buy corporate goods with a corporate credit card, read the corporate press, drink corporate coffee or shop in a corporate supermarket, you are supporting the Machine – you are helping the parasite, virus, disease to damage your ecosystem.

Some people do everything they can to avoid helping the Machine. It’s very difficult in the 21st century, when the Machine dominates our food supply, energy supply, housing, employment, banking, media, IT – everything. But you can do it if you’re determined to. He sees this approach as analogous to healthy bacteria in the guts of large organisms that do useful things and keep them healthy.

However, he prefers to do the work of an ‘antibody’ rather than a healthy bacteria. Antibodies attack anything that is damaging the whole, and it’s pretty obvious that the Machine’s mines, cement and plastic factories, palm oil plantations, factory farms, pesticides, distribution networks and banks are damaging the biosphere, as well as damaging the lives of the humans who live in it. He encourages his readers to be antibodies. He argues that if antibodies suddenly became pacifist or ‘non-violent’ the body would die – which is precisely what is happening to the biosphere. It’s a powerful analogy.

I’d suggest a similar analogy. The corporate sector can be seen as a cancerous growth within the biosphere. Cancer will need surgery, chemotherapy or radiation therapy to remove it, and these treatments can certainly be seen as ‘violent’. If we don’t deal with cancer in a robust way, it will just grow again. And there can’t be a role for the corporate sector in any future sustainable and democratic system (imho), because of its cancerous nature. It can’t be contained, it can’t inhabit ‘part’ of the economy – it’s nature is to grow relentlessly until it dominates again, and, like a cancer, it will eventually kill its host unless we replace it.

He goes on to say that there are many ways to stand up to corporate power, from damaging their property to growing your own veg. You have to play to your strengths and there are many different types of antibody to deal with various kinds of antigen. But ultimately, you have to ask yourself, do you want to help the Machine or oppose it? Are more people coming over to the opposition? I’d like to think so, but I’m not sure. We may have to rely on a tiny minority to ferment and foment revolutionary opposition.

Mark argues that the way most of us in the West live our lives is violent. We buy goods made in sweatshops, a modern form of slavery; we fly and we overconsume, which contributes to violence against ecology – our life-support system. We know it does, but we put our fingers in our ears because we like flying and overconsuming. Many of us eat meat from factory farms that are extremely violent to defenceless animals. To renounce violence when our lives are already violent is hypocritical. We live in a world where setting fire to a bulldozer that’s going to be used to destroy ancient woodland is seen as violent, and flying to India for a meditation retreat is seen as non-violent, when from the perspective of nature, the opposite is true.

The Machine is extremely violent – and yet we are told that we should not be violent in response to it. Mark stayed at my house a few months ago, and he put it this way: imagine you were walking through a park late at night, and you saw a woman being raped. Maybe you’d been to cricket or baseball practice, and you just happened to be carrying a bat. What would you do? He asked me which would be the more violent thing to do – to walk on, or to attack the rapist.

However, there is nothing in the book that advocates violence to people, except in self-defence. Corporate property on the other hand, is seen as fair game.

Why non-violent protest is pointless

Before discussing violence vs. non-violence, let me say that I agree with Mark that non-violent protest is virtually pointless. He’s right that all our activism since the sixties has got us to a point where the corporate sector is stronger than ever, and nature is being destroyed faster than ever. We’re losing heavily. Let’s move the focus away from demonstrating and petitioning. But in moving away from non-violent protest, I’m not suggesting that we move towards violent protest, I’m just pointing out the impotence of demonstrating against and petitioning an empire. They may throw us the occasional titbit, but their destructive march goes on unaffected. Those millions who went on the anti-Iraq war march would have been much more effective I think, if they’d spent the afternoon getting their money out of their bank and putting it in their local credit union, or learning how to use open source software.

Going back to the rape analogy above – if I attacked the rapist, I’d be inflicting physical harm on another human being. In that situation, I’d be comfortable with that, because of what I would have prevented. I think that in taking the decision to inflict rape on someone, at that moment, we have to renounce our right to not have violence inflicted upon us. But it’s not a perfect analogy. With rape, the rapist and the rapee know full well what’s happening, and the rapee will understand the need for violence, and have nothing but thanks for violent intervention. But in the case of the Machine, most people don’t know what’s happening, and that has big implications for any strategy that involves violence.

I see some problems with the violent approach that have nothing to do with justice and everything to do with strategy. If people damage corporate property without hurting anyone, it’s not something that I would lose sleep over. But I think that violence may be a bad idea, strategically, for the following main reasons:

Mark mentions Buckminster ‘Bucky’ Fuller in the book, and his famous quote:

You never change things by fighting the existing reality. To change something, build a new model that makes the existing model obsolete.

This certainly resonates with me, but not with Mark – maybe because of Fuller’s technological utopian vision. But if we want to continue to evolve, rather than become extinct (which ultimately, are the only two options), then we have to build something better. This system stinks to high heaven, and there is a large enough minority who see that now, I think, to build something better.

I think that building and promoting alternatives to Barclays for example – credit unions, cryptocurrencies, mutual societies, downshifting or (as Mark envisages in his book the Moneyless Manifesto) living without money – will hit them harder than any form of violence on their property.

If we focus on destroying before we’ve built alternatives, what’s going to happen to all the shelf-stackers, loggers of ancient woodlands, telesales and PR workers, over-fishers, stockbrokers, advertising executives, soldiers, corporate lawyers and everyone else whose work is either pointless or damaging? They have to have somewhere to go. I don’t have a problem with destroying the Machine, just the chronology – there needs to be something to absorb the people who will be made redundant by destroying the Machine.

Since Lowimpact.org was founded in 2001, we’ve been promoting the ways that individuals can change their lives to help create a more sustainable and democratic system. This approach is essential, I think – but there is a fatal flaw. Not enough people will do it. If I had a pound for the number of times people have said, using various channels, that ‘we need to do this or that’, I’d be a millionaire. It’s all good stuff, but I can’t say this enough times – not enough people will do it.

‘Raising consciousness’ is another approach – and a very good one. But I’d argue that there are already enough of us with consciousnesses sufficiently raised to challenge the corporate Machine. Let’s carry on doing it, yes, but let’s recognise that it’s action that we now need.

But what kind of action? Apart from individual actions and continued consciousness-raising, I suggest that a successful challenge will require two kinds of action:

For these kinds of things to happen, we need to organise. We could have this discussion online, but I know you prefer face-to-face contact – and I think I agree with you. Roger Hallam has organised an event in London – see here. Dave King of Luddites200 organised ‘Breaking the Frame‘ near Sheffield last year – it was a great event with great people, but light on solutions. That’s usually the main problem isn’t it? But this is the sort of thing we need.

If you can’t make Roger’s event – then let’s organise other face-to-face events. There’s no implementable revolutionary programme that we can get behind (that I know of), and we both agree that reformism isn’t enough, and in some cases may be counterproductive. Let’s organise ‘Internationals’ for the 21st century. 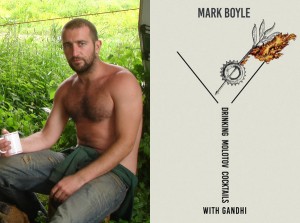 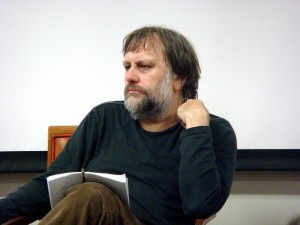 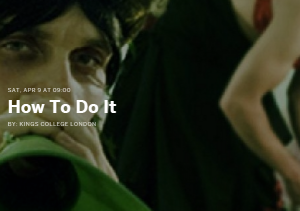