Small is beautiful, but is it regenerative?

👩‍🌾 According to La Via Campesina, small scale farms feed 70% of the world population.

🏭 As many of you know, I am a huge advocate of decentralisation and hyper-localism. I believe that we don’t need big, efficient farms, but smaller, more participatory gardens. The arguments for bigger farms are and have always been the same as for larger companies and corporations – economies of scale and efficiency. The cost of labour is lower on a 1000 acre farm with one person and a big tractor; inputs are also cheaper if bought in bulk, and managing a huge monoculture requires less knowledge, time, energy and skill than a diverse market garden. As a result, the produce that comes out of such a farm costs less.

🍊 This strategy is also being used extensively by organic farms, and it’s one of the points often raised by the opponents of small scale farm operations like ours.

One way in which large-scale thinking has had a detrimental impact on food politics is evident when we look at the organic movement. Amazon is currently the largest seller of organic produce in the UK. There are organically certified bananas and coconuts sold in this country. Thousand-acre monocultures are certified and undistinguishable from a small-scale, fossil-fuel-free, biodiverse market garden. Why? In my view, the issue is that the larger you get, the wider your reach, and the more you have to compromise. As soon as you start having national recognition, you need big guys to sustain it. And those big guys are going to sneak in their agenda into your movement. Until it’s their movement. A large-scale movement, with large-scale actors dominating the scene.

🚜 Let’s not forget, however, that this large-scale efficiency-driven thinking what led us in this predicament. A predicament that does not need spelling out, such are its gravity and extent. Environmental degeneration, biodiversity collapse, the decline of food’s nutritional content are only some of the issues. The biggest cultural challenge, in my view, is the progressive and almost complete disconnection between people and food production. This is also, potentially, one of the keys to unlock all the other doors.

🌱 Whether old-school farmers, conventional or organic farming institutions like or not, this change towards small scale farm operations is already happening. Every month, an average of 1-3 new people ask us to visit Living Soil Garden to take inspiration for setting up a market garden based on similar principles and scale. Young growers don’t want to use tractors and rototillers, they don’t want to spend their days weeding acres and marketing to thousands of customers. They want to leverage ecological knowledge to downsize their footprint and streamline their workload. They want to be part of a small team with dedicated volunteers and have a small, loyal customers base which is passionate about the food they produce.

❓ This is not surprising, because, in the words of E.F. Schumacher, small is beautiful. However, I think that small is more than beautiful, it’s regenerative! For our ecosystems and communities. Let me share a few thoughts about this. Please do chip in and share your view in the comments.

💸 Whenever I talk with farmers and growers, they complain about this: if we want to make our food affordable, we need to produce and sell a lot; this means larger operations and a larger market, but the majority of people buy food from supermarkets or online. Regeneration needs resources, and this often comes in the form of money. Watching films reading books about regenerative agriculture we get the impression that if there is a will there is a way, and investors, donors, landowners are ready to pour in resources to make the change happen. However, in the real world, these resources have to come from farm profits, and this means selling all that is produced to a marketplace that is willing to pay a fair price.

🛠 Where is the money to support the implementation of regenerative systems going to come from? That’s where scale comes in to play. Think, for a moment, of traditional food production in East Asia. If you were to study those systems, two things would be evident.

First, the immense labour force available to work in the fields and do things that even today we can barely grasp. Second, abundant and diverse home gardens, in which agroforestry, syntropy and other regenerative techniques (that we now pretend to have come up with) were applied on a capillary base, by individual families.

🥕 What can we learn from this? My take is the following: we need a large number of small market gardens, where the boundary between grower and eater, producer and consumer is blurred. CSAs are a great example, when they work well. If I am supplying 30 families with food on a weekly basis, I know them and they know me. They see me regularly and can give me feedback. We are both motivated to do things well, because we both interact with the same landscape and our health, that of the soil and the ecosystem are intertwined. The garden I tend is not mine, it’s ours. They contribute by buying but also by volunteering. I can ensure you that after harvesting a few kg of French Beans you are unlikely to take them from granted.

Labour costs are addressed with more shared participation. Although input costs are not going to be low because of economies of scale, they can be low by design – if regeneration (and not efficiency) is not a priority.

🦠 Small scale farm operations are adaptable. Here’s an example. If I want to implement a vermicompost production area to inoculate my transplants, this is a small investment. You know why? Because 1/2 acre of production doesn’t need that much vermicompost extract, which in turn doesn’t need a huge wormery. Imagine having to do the same on 100 or 1000 acres. You would need to set up something altogether different, which might require machinery, thus fuel, or labour, thus more money has to be made, and then we’re back to square one, complaining that people don’t want to buy or pay enough for our food.

💩 One common critique to the small scale farm is that they are too intensive, they don’t allow for long crop rotations and tend to overuse organic matter, thus being unsustainable. A lot can be said about this fair criticism, and I’m not going to discuss this point in this post. But before you take this argument too seriously, have a think about what it takes to get on litre of diesel into a tractor tank. It takes labour, land, huge infrastructure and energy and a long distribution chain. True, importing and applying large quantities of compost can be unsustainable and also undesirable, but we (as a community) are working on it. In my view, the way forward is certainly not going back to large, tillage-based farms. Creating biomass in-situ to sustain no-till organic systems is definitely not a *chimera*. I have seen some stunning progress being made in this respect, and I will be sharing some of these applications soon.

💭 A lot can be done to unlock the potential of scale, and these are just some scattered thoughts. I have an everchanging very optimistic vision of a hyper-local culture, where food production is embedded in the fabric of our society. Personally, I am not interested in discussing or even realising this on a societal scale, not even on a neighbourhood scale. It would be more than enough to use it as a pointer, a direction. The first (and probably the only) step is to get something going and be 100% transparent. Letting our friends and neighbours see how it does or doesn’t work.

We focus too much on political action. Yes, a lot of these issues could be solved in minutes if there was political will. But even then, we would be subject to the whims of a very volatile and complex phenomenon: collective decision-making, with its good share of corruption, poor representation, speculation, lobbyism, etc.

🥬 I prefer to work on a grassroot level, on the smallest small scale farm possible, where all real change happens. And that’s the individual’s mind and its cultural and social proximities. This is where the shift happens, the shift from an ill-conceived idea that we can be managers, designers, farmers and what have you, to the realisation that we are only a miniscule cog in a complex ecosystem. And we have to earn our role within it. This paradigm shift can’t be regulated and implemented into our institutions, because it has to happen in our hearts first. 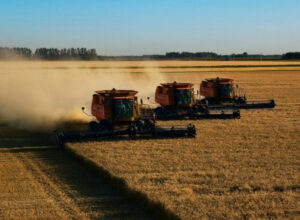 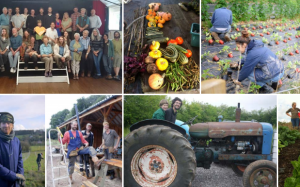 Are you interested in becoming a smallholder and building your own home? Help the Ecological Land Co-op make it happen