OK, so this isn’t really about squirrels or pigeons – it’s about any animal; we’re back to the veganism vs meat-eating discussion. But just focusing on squirrels and pigeons for the moment, I guess everyone accepts that they are of course food for other animals. They’re in a food chain, after all. Pine martens don’t need to wrestle with this question – squirrels are most definitely food for them. And sparrow hawks don’t need to ask about pigeons – or squirrels either, for that matter. It’s about whether they’re acceptable food for humans. You can make up your own mind when it comes to you. You can decide that you’re never going to eat squirrels or pigeons – but do you have the right to dictate to others that they shouldn’t eat them either?

I keep coming back to the meat-eating question, as it obviously troubles me. It wouldn’t take much for me to become vegan. My diet is mostly plants; my partner and I buy oat milk because we haven’t been able to source ‘cow-calf’ milk (where calves aren’t taken from their mothers until they’re weaned). We’re not into cruelty, and we only eat meat from organic farms where we know the animals can roam outside freely; and we don’t eat meat often – maybe once every two weeks on average.

I’d like to discuss these questions with vegans – but please don’t comment unless you’ve read the article. Every time we blog about this, there are comments from people whose points have been covered in the article – indicating that they haven’t read it. I think vegans make some valid points, and that at some time in the future, humans may not eat meat, or at least only ‘meat’ that hasn’t involved the killing of an animal. But right now, the vast majority of the world’s human population eats meat.

I think there’s a philosophical discussion to be had around the suffering of animals, and whether they suffer more at the hands (or claws, teeth and beaks) of other animals, or from a hunter’s bullet, or on a free-range, organic smallholding.

A squirrel just came and sat near me in my garden, which prompted me to write this. When it spotted me, it climbed the fence and ran along the top, away from me. I called it in a friendly way – ‘come on, it’s OK’ in a sing-song voice and made some soft tutting noises. It stopped, turned around and looked at me. It came back towards me and sat on the fence looking at me. I continued making calming noises. It realised that I didn’t pose any danger, and sat there for about a minute, looking at me curiously, before turning around and hopping away. It was such a beautiful creature – really athletic, with a big bushy tail and a cute face.

When I looked into this beautiful animal’s eyes, I thought ‘do I want to cause this creature harm?’ Definitely not. If I don’t have to shoot and eat squirrels to live, I’d rather not (of course, if society falls over and food distribution chains fall with it, then all bets are off).

There are lots of pigeons around too. They roost on our roof and at first, their cooing disturbed us, but now we’re used to it, and it’s actually soothing. They seem to survive very well in the city, and we’re happy to live with them. Now, some people shoot and eat pigeons and squirrels. Is that OK, morally speaking?

I thought about it in a different way. I’d be happy to reintroduce pine martens into England and sparrow hawks into London, for greater ecological diversity, and to keep herbivore numbers in check. But grey squirrels would suffer much more if pine martens were reintroduced than if humans shot them. Pine martens would terrify them, chase them to exhaustion and tear them apart (and eat their babies) – and it wouldn’t necessarily be quick, because pine martens aren’t much bigger than squirrels.

So I’m not sure that grey squirrels would be overjoyed about the reintroduction of pine martens. However, pine martens can help bring back the red squirrel. Reds have evolved with them, and are much better at escaping them than greys are. So areas with pine martens will slowly get more reds at the expense of greys, who will become meals for pine martens much more often than reds.

How the reintroduction of pine martens into England could help bring back the native red squirrel.

As for pigeons – when I was living at Redfield community, I chased a pigeon out of a loft, as I was fixing broken windows, and it would have been trapped, and starved to death; so I spent a long time trying to save its life. I eventually shooed the fluttering bird out of an open window, and immediately a sparrow hawk swooped down and grabbed it, in a mini-explosion of feathers. It flew behind a bush to devour its prey, and I crawled closer to watch. The pigeon was alive for 20 minutes as the hawk held it in its talons, and tore chunks from its body with its beak. The pigeon was obviously in agony – they have a fully-formed central nervous system, after all. Would it have been better for the bird if I’d bashed its brains in rather than guiding it to the window?

So I guess the question I’m asking is: would it really be worse for squirrels and pigeons for some of them to be shot by humans than for some of them to be predated by pine martens and sparrow hawks? I don’t know if it would (as long as the human is a good shot – and if you’re not a good enough shot to make a clean kill, then you shouldn’t be shooting at anything).

Which brings me to animals kept on smallholdings – an organic smallholder will have enough conscience to keep animals humanely. In fact, animals on smallholdings live in maximum comfort – outdoor space, fresh food, sex, parenthood, no worries about predators, medical treatment if necessary, shelter from wind, cold and rain. Of course, they’re going to die – but aren’t we all? And aren’t the deaths of animals kept on smallholdings less painful and horrific than the deaths they face in the wild – either torn apart by predators or eventual starvation? Plus they live longer on average. Most wild herbivores die in infanthood. Pine martens would pick off most squirrels when they were younger, weaker, slower and inexperienced at escaping from pine martens.

[Another example: wild boar – maximum lifespan, c. 12 years; but few live past 5 years. Females reach maturity at 1, average litter size is 5. So a sow with a lifespan of 5 years will have around 20-25 piglets in her lifetime. In a healthy ecosystem, wild boar numbers will remain relatively stable, so of those 20-25 piglets, on average, 2 will reach breeding age (one for each parent). Over 90% of wild boar piglets die before the age of 1. This percentage is even larger for rodents.]

So, is it morally acceptable to eat squirrels? If you think not, then what about reintroducing pine martens? This would require human action to make it happen. So if we shouldn’t kill squirrels and eat them, should we also not reintroduce pine martens, because pine martens will probably cause even more suffering for squirrels? But then again pine martens were driven out by humans in the first place, so we’d only be righting an ecological wrong. I’m genuinely curious as to what you think. I think I know what I think, but I’m not 100% sure.

[NB: in the comments section, I worked out exactly what question I’m asking here. It’s this: Herbivores are part of a food chain, in which they are food for other animals. Humans are animals. Could / should we be in this food chain, as long as we participate sustainably and without cruelty? And if not, why not?] 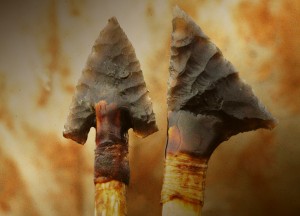 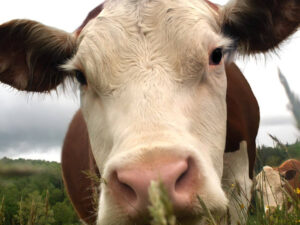