We’ve been contacted several times by people who ask why we’re promoting the building of timber homes and the burning of wood in wood stoves or biomass boilers. Their argument was that timber building and the production of firewood require the felling of trees, and it would be best for the environment to leave those trees alone and to find different materials to build our homes with, and different ways to keep warm.

Now, our position has always been that trees are a renewable resource, they provide habitat when they’re growing, and they take carbon from the atmosphere and lock it up in timber homes (granted, that carbon is released again if the wood is burnt in stoves, but the idea is to re-plant more trees for future firewood).

I realised that all the objectors to the use of timber were in the States. I wondered if there was a different attitude generally to using timber as a resource over there. I know that most greenies in the UK consider trees to be a sustainable, renewable resource – not just for timber building and firewood, but also for woodworking, green woodworking, charcoal burning, basketry, hurdles, roof shingles and more.

Then we were contacted by Joe Sloan from 30 Miles North, a technology PR company in California, asking if we’d like an article about a revolutionary new building system developed by a Los Angeles company that trumpets its sustainability credentials due to the fact that it doesn’t use any timber at all!

I really wanted to find out more about the American attitude to timber – especially as there are so many timber homes in the States and so few over here – and so I asked Joe if we might set up a debate between someone from the US company and a representative of the UK-based Timber Trade Federation. He agreed, and that debate is happening here on this blog, on Jan 30-31, so look out for it!

Joe and I had a Skype conversation and were discussing the different attitudes to timber production on both sides of the Atlantic, when Joe said ‘hey, I’ll show you something that will illustrate the fact that Americans prefer to leave trees in the ground’. He carried his laptop into the next room and pointed the camera at this. 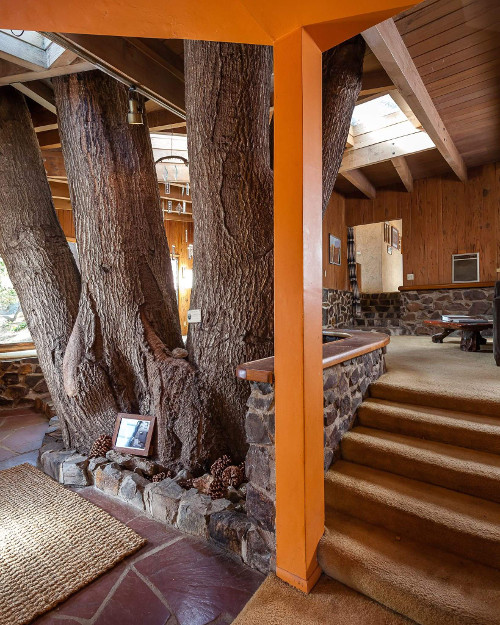 I was blown away. The centrepiece of his home was a 450-year-old oak tree. I wanted to know how the house was built, how the roof was waterproofed, if the tree was damaged etc., so Joe told me the story.

The house was built by his grandfather, Bill, who had brought his family in a trailer to California for work. They bought a piece of land because they loved the oak trees on it, and wanted to build a home surrounded by trees. They hit trouble though, when they realised that most of the ground was more or less solid rock, and the only place to build was where the largest oak tree was. It seemed that they were going to have to fell it. Bill had other ideas though, and proceeded to build the house around the tree.

The two big questions were a) whether they could do it without killing the tree? and b) would Los Angeles county allow it?

The answer to both questions was yes. They spent 7 years building the house by hand, and Bill designed little steel-reinforced concrete bridges to go over the roots, to stop them being damaged. He also designed special canvas flashing to keep the rain out, but the raccoons ate it, and so now it’s made of stainless steel. The building department back in the day didn’t seem too worried about a tree in the house – as long as they had an operational septic tank, they were happy (although it might be a bit different nowadays – a 1982 ordinance restricts the building of homes within 5ft of any tree’s dripline).

Occasionally, if there’s a storm, rain gets into the house, and there’s a need for a few strategically-placed pots and pans. Joes sees this as a small price to pay to be able to share his home with such a magnificent tree – now over 50ft tall, with one branch of 8ft in circumference.

Below is another pic of the tree inside the house, the exterior of the (ironically, timber) house and a plaque from the conservation district. 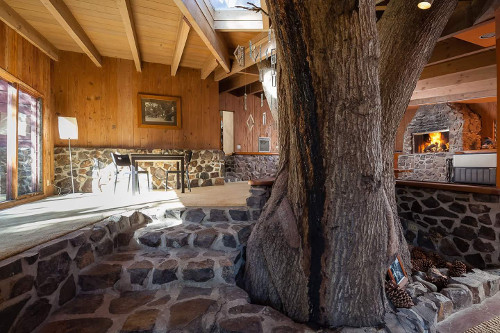 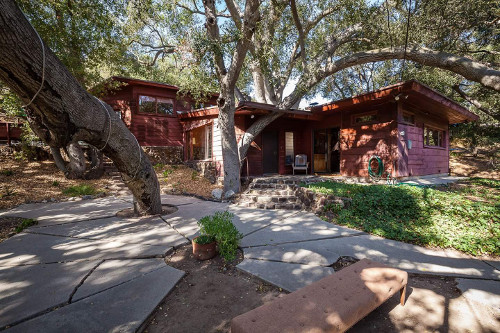 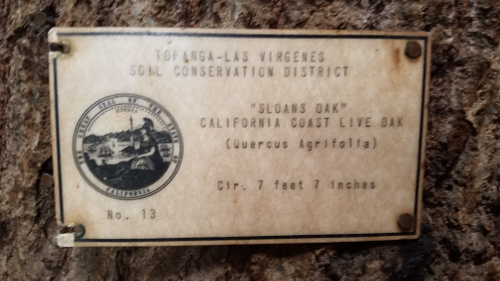 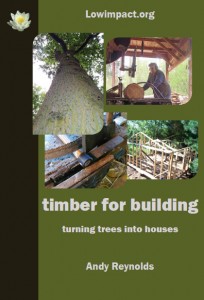 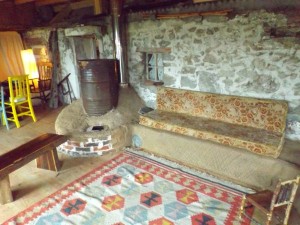 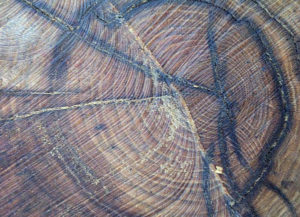 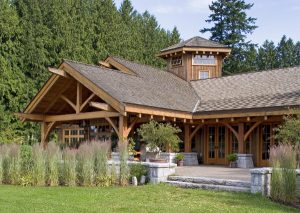