“The smell of good bread baking, like the sound of lightly flowing water, is indescribable in its evocation of innocence and delight.” – M. F. K. Fisher

What is it breadmaking?

It’s making bread with your own hands, with flour, water, salt and (if you’re making leavened bread) some kind of raising agent. The other essential ingredient is time.

There are two main types of bread – leavened and unleavened (or flat). Leavened bread contains gases, produced by some sort of raising agent. This could be baking powder (Irish soda breads), baker’s yeast (most commercial and home-made breads) or wild yeast (sourdough breads). Unleavened breads have no raising agents, and are therefore flat – like chapatis, tortillas, rotis and dosas. Focaccia, pita and naan breads are slightly leavened.

Sourdough breads are at the core of the recent explosion of ‘artisan baking’ – people have rediscovered ancient ways of making bread. Baker’s yeast is one particular strain of yeast, chosen because it’s good at raising bread quickly. But there’s a huge range of wild yeasts out there – all around us in the air and on plant materials. With sourdough, wild yeasts are nurtured in a ‘starter culture’ – from old dough that can be ‘fed’ more flour and water, and kept indefinitely at room temperature. The starter culture is a medium full of the micro-organisms that will raise your loaf for you. It’s called sourdough because the fermentation is not just by wild yeast, but by a combination of wild yeast and bacteria; the bacterial fermentation gives a slightly sour flavour.

The earliest evidence for very basic breadmaking is, unbelievably, around 30,000 years ago, from the starch of plant roots. Each culture has its own special techniques and recipes. In Europe, bread has always been the staple – the ‘staff of life’.

What are the benefits of breadmaking?

After the war, large commercial bakers developed the Chorleywood breadmaking process, that uses flour, water, enzymes, chemical oxidisers and emulsifiers, vast quantities of yeast and very little time. The ingredients are blended at high speed, left for 45 minutes and baked for 20 before cooling and packaging. Speed is of the essence, and the result is something pretty indigestible.

Lots of people these days think that they’re wheat intolerant, but they’re just not tolerant of bread made this way. Some wheat sourdough breads, on the other hand, are so well fermented that there are studies suggesting that in some cases, they may be tolerated by coeliacs. Have a look at a second opinion though, and make up your own mind.

The Chorleywood process was developed to make more money, and nothing else. It results in an inferior product in terms of taste and nutritional value, but it’s quick and therefore makes more money for corporate bakers – all the ones who advertise on TV. As with many things, we took a wrong turn after the war, and a growing minority are beginning to see the light now. More people have started to bake their own or buy well-made bread from small artisan bakeries. Sourdough breads became so popular that they can be found in most supermarkets now. Home-made bread tastes better, is better for you, makes the whole house smell good and is a great way of making friends.

Your home-made bread will have even more nutritional value if you use stone-ground flour, because this process doesn’t destroy nutrients during the milling process. Commercial baking involves steel roller milling and heat, which damages the oils, particularly vitamin E oil. It will have environmental benefits too if you use organic flour, especially if it’s locally-sourced. If you’re a real purist, you could get flour from UK wheat, milled using a water wheel or windmill. This may sound unlikely, but it’s not impossible – there’s been a renaissance in this kind of milling too. Check your local wholefood shops, and see here for a list of working wind and water mills in the UK.

A potential disbenefit of home breadmaking is the use of thousands of small ovens instead of a few large ones – possibly increasing energy use. However, when you bake bread, that’s the time to cook something else too – biscuits as the oven’s warming up for example, and a stew underneath the bread as it’s baking. You could also use a wood-fired oven; and home baking has to be measured against the disbenefits of a centralised system with huge factories and fleets of trucks.

Artisan bread is more expensive than commercial bread (not surprisingly, as it contains things like flavour and nutrients, as well as requiring more time and skill). Look out for small artisan bakers, or check the Real Bread Finder on the website of the Real Bread Campaign. Or you can save money by making your own. To get a really good, nutritious, tasty bread you have to nurture it. It takes time, but you don’t have to attend to it for the whole time – it can be left to do its own thing.

You’ll need: hands; a mixing bowl; an oven; baking tins / baking sheet; something to measure / weigh with; and a timer, so you can carry on with other things and be reminded when you need to do something. You don’t need any specialist equipment – you can find everything in charity shops.

For yeasted or sourdough bread: mix together the flour, water, salt and yeast (or sourdough starter for sourdough bread; here’s how to make a sourdough starter, and there are plenty of other sources online) and knead (leave sourdough for an hour or so after mixing first). Kneading is to make sure it’s mixed well, and to develop the gluten. Gluten is present in wheat flours (and others, but there’s a lot in wheat) – it’s a protein, and it’s elastic. It forms a web that traps the gas (CO2) from the fermentation of the yeast (the yeast dies during baking, by the way).

Kneading makes the gluten stronger and more elastic so it does its job better. Leave to rise in a bowl (this first rise is called bulk fermentation by bakers) for around 2 hours for yeasted or 4-8 hours for sourdough. Then divide and shape it and put into tins or onto a baking tray (or into baskets that can be tipped out onto a tray later). Leave it to ‘prove’ for 2 (yeasted) or 4 hours (sourdough). Make cuts in the top (which allows the loaves to rise evenly) and bake for 35-45 minutes (yeasted or sourdough). Take out and leave to cool on a rack.

For flat breads, you can either add some raising agent (e.g. pita), or not (e.g. chapatis). It’s the simplest and oldest bread making technique. You just mix flour, water, salt and a bit of oil and cook it on a griddle or a hot stone. Naan bread is often cooked by sticking it to the inside wall of a tandoor oven.

You can make white bread if you prefer it, but wholemeal bread has more minerals, vitamins and fibre.

Thanks to Katherine Hallewell of Wholewoods for information

Sonya Hundal has been baking with a commercial wood-fired oven in rural Lincolnshire for fifteen years and her bakery, Greenfield Bakers is focused around making slow-fermentation bread with seasonal and local produce for local communities. The stoneground flour used in the bakery comes from the Maud Foster Windmill in Boston and a third of the wood used for the oven is coppiced from trees planted when the business was established. Sonya is a member of the Real Bread Campaign and has recently contributed to their diversity project. 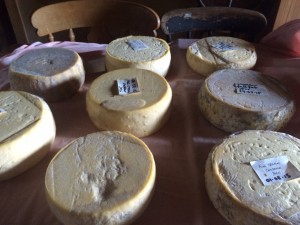 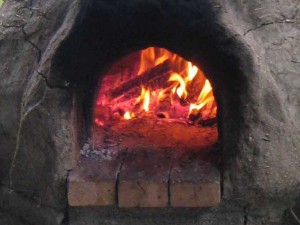 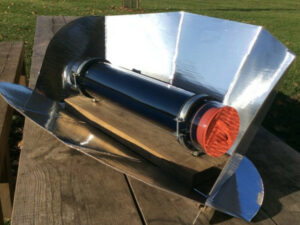