“Eat food. Not too much. Mostly plants. That, more or less, is the short answer to the supposedly incredibly complicated and confusing question of what we humans should eat in order to be maximally healthy.” – Michael Pollan

According to the Vegetarian Society, a vegetarian is “someone who lives on a diet of grains, pulses, nuts, seeds, vegetables and fruits with, or without, the use of dairy products and eggs. A vegetarian does not eat any meat, poultry, game, fish, shellfish or by-products of slaughter.” Lacto-ovo vegetarians, who eat dairy products and eggs, are the most common kind, while lacto-vegetarians eat dairy but not eggs. Vegans do not eat, use or wear any animal-tested or derived product. People who eat fish but avoid red or white meat are sometimes referred to as vegetarians but the correct term is actually ‘pescatarian’.

People may choose to follow a vegetarian diet for a variety of reasons: religion (Hindus, Buddhists and Jains eschew some or all animal products), health (scares such as ‘mad cow disease’, rising obesity rates, or the association of high cholesterol with red meat consumption), or concern for the environment (animal farming uses vast amounts of land and water and creates pollution). Many western vegetarians do not eat meat for ethical reasons as they do not wish to contribute to the suffering of animals in factory farms or slaughterhouses. Some feel it is simply not right to consume the flesh of another living being.

People in certain cultures have been vegetarian for thousands of years, and there is evidence that some ancient cultures also abstained from meat. In more modern times, however, the ‘vegetable diet’ first began to gain favour in Britain in the early 19th century, around the time of the temperance movement and widespread social reform that attempted to address the problems faced by a newly industrialised Victorian society. Eating flesh was seen in certain circles as unnatural and a potential cause of aggression, while a plant-based diet was believed to be beneficial for health. The earliest recorded use of the term ‘vegetarian’ in print was in the April 1842 issue of The Healthian journal, and the Vegetarian Society was established soon after in Salford, Manchester, in 1847. Notable adherents of the movement in the early years of the 20th century included George Bernard Shaw and Mohandas ‘Mahatma’ Ghandi.

Since those early beginnings, vegetarianism has grown in popularity in Western societies with growing awareness of animal rights, the environment and the link between health and nutrition. Today, while vegetarians are still a minority group, their lifestyle choices are generally accepted in many countries (if not always fully understood by some).

What are the benefits of vegetarianism?

NB: Lowimpact.org provides information about keeping animals and small-scale meat production, but only via organic smallholdings, without any of the cruelty or unsustainable practices mentioned here. We support vegetarianism because it can help reduce the total amount of meat produced / consumed, which we think is a good thing. Whether animals should be kept (or hunted) for meat and other resources at all is a philosophical point that is covered here.

People eating a well-balanced vegetarian diet are more likely to achieve the high-fibre, low fat diet recommended for optimal health. Research shows vegetarians tend to have lower rates of obesity, heart disease, cholesterol and blood pressure. This can further translate into a benefit for society as less strain is placed on health services from treating these conditions.

From artificially inseminated conception to untimely death, most intensively-farmed animals’ lives are short and brutal. They are either slaughtered in their prime for meat or simply disposed of once past their best (laying hens, dairy cows). Male animals (chicks, calves) are usually surplus to requirements and are either killed immediately (chicks minced for pet food) or live very short, unnatural lives (veal calves). Those who do survive past infancy may spend their entire lives in cramped spaces and/or without natural light and can experience high levels of stress. For example, sows are kept in narrow ‘gestation’ crates which do not allow them to turn around for several weeks when giving birth. Pigs and chickens kept in confined spaces become bored, develop unnatural and aggressive behaviours and must endure painful teeth or beak clipping to prevent them injuring each other.

Exposés of factory farm and slaughterhouse practices have also revealed unbelievable levels of cruelty visited on animals. Vegetarians consider this level of suffering unjustifiable and prefer to opt out of the system.

Industrial livestock farming takes up the lion’s share of the world’s agricultural land (both for grazing and to produce feed grain), and more is required every year just to keep up with demand. Clear-cutting in the Amazon to create new pastures equates to 70% of the total deforestation in Latin America. A typical meat eater’s diet requires up to 2.5 times more land than a vegetarian’s (although it tends to be more marginal land that’s not good for producing vegetables). With grain-fed animals, it takes on average 7kg of grain to produce 1kg of beef, and 4kg of grain to produce 1kg of pork. Livestock rearing is also a highly water-intensive process: an estimated 13,000 to 100,000 litres of water is required to produce 1kg of beef, versus 1,000-2,000 litres per kilo of wheat. It follows that less meat eaten means less land required to feed a given number of people, so there would be more land available for nature.

Farmed animals are responsible for around 20% of all human-related greenhouse gas emissions. Carbon dioxide is released into the atmosphere when forests are cleared, cows and sheep produce 37% of human-related methane gas, and 65% of human-generated nitrous oxide comes from livestock farming, mostly from manure. While manure is useful as fertiliser, there are limits to the amount that can be absorbed by the land before it runs off, polluting waterways. Both methane and nitrous oxide have a far greater impact on global warming than carbon dioxide.

In the oceans, many global fisheries are known to be overexploited and with depleted stocks. Overfishing and by-catch (killing species that are not the intended catch, such as dolphin) are just two of a number of factors responsible for a decline in the number of marine species in certain parts of the world.

If you are interested in adopting a vegetarian lifestyle, the Vegetarian Society website has recipes and nutrition resources. They also offer vegetarian cookery courses. A wealth of information and recipes can be found on the Internet, and vegetarian cookbooks are widely available to buy in bookstores or online.

If you are new to meat-free cooking, it’s important to make food appetising. If it isn’t tasty or doesn’t look good, you won’t enjoy it and might fall back into eating meat as a default. Think about the food you already enjoy: is it vegetarian, or could you adapt it to make it so? A lot of international cuisine, especially Asian, is already animal-free and nutritionally well-balanced. This can be a good place to start, rather than simply removing the meat from traditional Western dishes. If you feel strongly that it just isn’t a meal without the meat-and-two-veg combo, you might like to try veggie burgers or sausages. These can be a good meat replacement if you’re in a hurry or at a barbecue. When shopping, look out for the Vegetarian Society accreditation label which offers a guarantee that a product is animal-free.

Try new things and think about contrasts of colours, flavours and texture. Beware of using unhealthy amounts of things like salt or cheese to make up for the meat flavour you’re used to. Get to know the contents of your spice rack intimately and experiment with new ingredients. Nuts and pulses are a great source of protein and fat, as well as providing interesting textures and flavours. Grains and pulses can be combined, either in one meal or throughout the day, to provide all the essential amino acids. Many food combinations even seem to have evolved with this in mind: beans on toast, red beans and rice (a South American staple), or dhal and bread or rice.

Properly informed and equipped, it is very easy to be vegetarian if cooking at home. Eating out may be harder, but most restaurants in the UK and US now offer at least one vegetarian option, and vegetarian restaurants can be found in most large towns and cities. Restaurant owners and chefs are usually more than happy to cater to the needs of their clients if they are made aware of them. Professional restaurateurs or caterers wanting to offer vegetarian food should think about cost, taste, how appealing the food is to customers and how to store it (the Vegetarian Society also runs a well-attended course for international chefs). Things may be harder for vegetarians in other cultures and it may be necessary at times to be quite firm with locals (or decide to be flexible yourself).

Vegetarian food can be very cost-effective but is not necessarily cheaper than meat, since these days the latter is often produced extremely cheaply. Vegetarian sausages are often just as expensive as meat ones. The cost will depend to an extent on where you shop: health food shops are a great place to find vegetarian alternatives but they can work out pretty pricey if attempting to do the entire weekly shop there.

In terms of health and nutrition, a well-balanced vegetarian diet is as safe as any other. Obviously being vegetarian does not automatically guarantee a healthy diet (a chip butty is vegetarian but probably shouldn’t form the cornerstone of a nutritious diet). However, eating meat does not necessarily guarantee a healthy balanced diet and many omnivores can just as easily lack important vitamins and minerals as vegetarians. People are sometimes advised to eat meat by their doctor but the Vegetarian Society believes this is usually due to a lack of understanding of nutrition on the part of the doctor rather than any genuine evidence that a plant-based diet is unhealthy. A vegetarian diet should follow the same rules as any other: five portions of fruit and veg a day, plus carbohydrate or starchy foods, and protein (from pulses, eggs, dairy, soy, etc.). It is especially important to plan for good nutrition if following a vegetarian diet during pregnancy, or with children or the elderly.

The attitudes of society and our peers can make a big difference to how easy it is to stick to something. It is always difficult to go against the grain; vegetarians are still a minority group and may be the target of jokes or teasing. This can be particularly prevalent at those times when meat is traditionally the focus of a celebration or event (barbecues, Christmas, Thanksgiving). Parents of vegetarian children should be especially aware of this. Vegetarians may need to develop a thick skin (or go on a few vegetarian forums to get ideas for witty ripostes or myth-busting). However, in the US and certain European countries at least, most people these days know at least one vegetarian and attitudes have come a long way.

Thanks to Alex Connell of the Vegetarian Society for information. 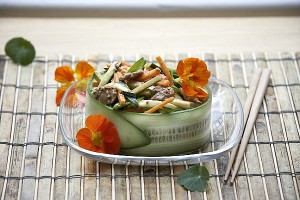 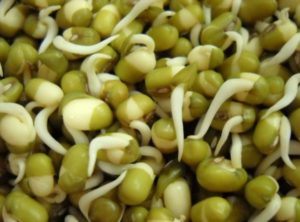