Why community farms are such a good idea: Alice Brown of Sutton Community Farm (Part 1)

Today I’m talking with Alice Brown of Sutton Community Farm. I’m interested in looking at how we produce food in the new economy. The current system is a disaster in terms of environment and wealth concentration. I’ve interviewed the co-ordinator of the UK Community-Supported Agriculture Network, and I’m interviewing Lynn Davies of the Open Food Network soon, but I really wanted to talk to someone at a real CSA farm.

We’re actually a customer of yours – we get a bag of fruit and veg every Friday. We’re very happy with it – lovely food; plus we try your recipes, and we tell other people in south London to give you a go. So first – tell us what you do.

I’m the manager of Sutton Community Farm. We’ve been around for 9 years and we’ve got 7 acres in Wallington, south London. We grow fruit and veg, and sell them to the local community via our veg box scheme and also to 10 (high-end) restaurants in central London – for example, the Hicks Group and the Conduit. We’re selling to around 300 customers per week. The income from that supports good, London living-wage jobs in farming (which is hard to come by), and also supports our community work, mainly around providing volunteer opportunities to our local area. This could be people who are interested in growing food, or just want to spend some time outdoors on a farm. We also have supported volunteering opportunities, mainly for people with learning disabilities.

We also do educational visits – so we host school trips. They have a tour and learn about food growing and healthy eating. Our veg box scheme also allows local people to eat locally and sustainably.

Why do you do it, personally?

The current mass-market food system has too many issues to name, so we want to demonstrate ways that it can work well, and to bring that to as many people as possible. We grew 17 tonnes of food last year, which is small on the global scale, but we think it contributes a lot locally. We’re a ‘peri-urban’ farm – there’s a lot of land close to urban areas with lots of people, so there’s a lot of land next to large markets, so there’s a big opportunity.

And I guess you can have a community farm in a green belt.

Yeah. As long as they don’t build on it.

How did you get into it?

I used to work for another food company. I’ve always wanted to work in the food sector – I love vegetables, and food generally! I got onto a programme called ‘On Purpose’ – it’s a leadership / careers transition programme, typically taking people working in the corporate sector and helping them transition to more purposeful careers. I’m interested in changing the economy into something much more sustainable, long-term. So this role is a good combination of my experience in food retail, and taking in the community-owned elements.

How long did you say you’ve been doing it?

The farm will be 10 in February. The veg box has been going for 6 years, and I’ve been here for a year and a half now.

What successes have you had?

The tonnage of food we produce has steadily increased over the years. We have a good-sized plot, so we’re interested in increasing the amount of food produced here. We work hard to produce food in an efficient and profitable way. We’ve recently built a new polytunnel on site, so that we can produce the classic summer crops, like tomatoes, cucumbers etc. And it also means that we’ll be able to produce more in the winter months, because the covered space gives you more capacity to grow leafy greens etc. – which is great for our veg box customers, because they’ll be able to get more local variety in the winter.

In July this year we had 25% more orders than July last year, so the business is growing well. We’re around 300 orders per week at the moment, and we’d like to get to 400-450 over the next year or so.

What’s your best-case scenario? What ambitions to you have in the longer term?

At the moment, around 25% of our income is from grants. For example, we have a funder to help us provide volunteering opportunities for people with learning disabilities; plus we get grants from Power to Change, who support community businesses; and then City Bridge Trust, support environmental improvements and volunteering. That’s great, but we want to demonstrate a financially sustainable, replicable model, so that we’re not dependent on funding.

And how will you do that?

If we can get those extra 100-150 customers per week, that would sustain us. That would cover all of our staff costs, which is our biggest cost by far. So that’s our target over the next couple of years. But we want to show that it’s possible to build a viable business that’s community-owned, without external funding.

I hope we can get you a few more customers. What would you say are the biggest obstacles you face?

I think the growth I talked about. I think it’s possible, but it’s not easy finding new customers and changing their shopping habits. It’s a change for a lot of people not to shop at supermarkets, and maybe to change their cooking habits too. Even if people are into the idea of shopping locally and cooking seasonally, it does take a bit of persuasion.

Also, recently we’ve secured a 15-year lease with Surrey County Council, our landlord. That was a real struggle to get that security. Before, we were on a 2-year rolling lease, which for a farm is not very long.

Are the local authority supportive?

We’re in the London Borough of Sutton, but our landlord is Surrey County Council, which I can only assume is a historical thing around borders etc. That puts us in-between 2 camps. Neither party are that interested in what we’re doing, and not able to offer that much support. They’re supportive in theory, but in practice they haven’t supported us much with funding or other things.

You’d think it would be seen as a great thing to have in your area?

Yes. I know Sutton’s public health team has been decimated. Lots of people have been made redundant. So they don’t have the funds. So we’re not at the top of their priority list – which is unfortunate, as we’re delivering loads of public health benefits. If they supported us we could expand that quite a lot.

Is there scope for purchasing the land outright?

It’s not something I’ve looked into, but it’s worth looking at. An issue farms face, especially in the green belt, is that green belt land is protected, but owners somewhat value it on the basis that at some point, they may be allowed to build on it, which artificially inflates the price of land near cities. But it’s something we should look into, to try to secure the farm long-term, and to prevent it from being built on.

So what can individuals do to help?

Number one – become a customer if you can, or persuade friends and family to become a customer. You can also become a member, by buying shares. The minimum share is £30, and the cash that we raise from that goes towards infrastructure projects. So we’re putting up a new building to deal with more veg boxes, so any share income will go towards that. Members can come along to the AGM and vote, and you can be part of the farm community. So that’s a good way to become involved even if you’re not in our delivery area. Plus we’re always looking for volunteers – we’re open for volunteers on Wednesdays and Saturdays. Have a look on our website – if you want to come along and help with the growing or the packing of veg boxes, you’d be very welcome.

How many volunteers do you tend to have?

We have a core of around 25 who come every week for several hours. Plus another ten people just pop in each week.

Who owns the business?

We’re a community benefit society – so we’re owned by our 400+ members. They help us decide what to do with the farm. At the AGM this year we had a debate about whether we should become organically certified. We already farm organically, but we wondered whether from a marketing perspective and from a sector-support perspective, we should spend the time and money to become certified.

It’s quite expensive, isn’t it?

It can be. The direct cost is about £1000 per year, then there are indirect costs involved with record-keeping etc.

I guess that as a customer, I know that you don’t use pesticides and chemical fertilisers, so that’s good enough for me. I just trust you. I don’t need to see a certificate.

That’s what we decided, eventually. Plus we’re open to the public, and you can come along and see exactly what we’re doing. Although there might be some benefits in explaining to new customers that we’re organic. But on balance, we decided that it wasn’t going to be worth the extra time and money involved.

It seems like the certification system is almost like a tax on organic farms. It seems to me that the certificates should be bought by those using pesticides and chemical fertilisers, and the income from that could be used to subsidise organic farming.

I agree. At the moment, you have to prove that you’re doing something good.

It’s the same with farm subsidies. Farms under 20 hectares (I think) are not eligible for subsidies. That automatically excludes lots of small farmers – especially market gardening / horticulture / vegetables, which are often done on a smaller scale. The Landworkers’ Alliance are doing lots of lobbying in that area, so maybe there’s potential that that might change. 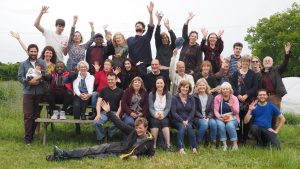 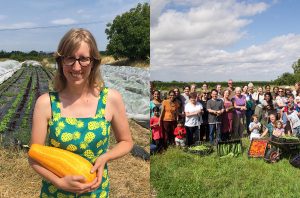 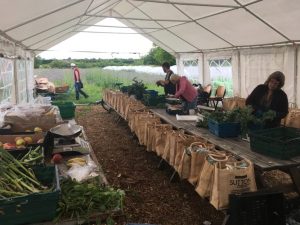 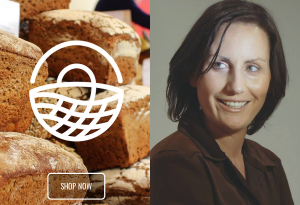 How to grow the non-corporate food sector: interview with Lynne Davis of the Open Food Network (Part 2) 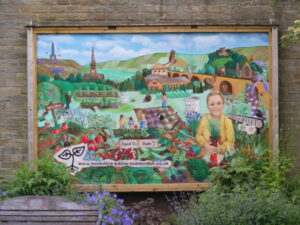 Keeping communities growing: how to get involved