Disillusioned with the parliamentary route to a better society? Here’s an alternative.

Before the election in December, I had a ‘lively debate’ with a friend – an old-school Labour supporter and Corbynite – who was trying to convince me that the only way that we can have an effective social safety net is by voting in a genuinely redistributive party, taxing the rich properly and spreading wealth back into communities.

I asked him how well he thought that plan was working – a plan that most of the left have adhered to since, well, forever. Did he think that the lives of the poorest in society were becoming more secure? That the safety net is actually safe? That we’re electing leaders in Western countries that genuinely care about the plight of the least secure in society? That all this is happening in a context of a society that really understands what we need to do to live sustainably – which is required for our ultimate security?

I found the argument frustrating, because I knew that we shared the same values, based on asking ‘what would a better system look like?’, rather than ‘what’s in it for me?’.

We met again recently, more than a month after the election, and I had more information for him. The state is not the only way to deliver social security. There have always been ‘friendly societies’ or their equivalent – groups of people in communities (either geographical or professional) that pooled resources to look after each other. Members usually paid a small weekly subscription, and would receive assistance from the community if they couldn’t work – because of sickness, accident, old age, redundancy etc. This assistance didn’t only include money – local members would visit you to make sure that you had everything you needed. Building societies had a similar provenance – grassroots, rather than top-down organisation – as did other mutual aid societies and self-help groups.

At the end of the 19th century, the state began to require registration, and to provide oversight of friendly societies; and in the 20th century, the state began to nationalise their activities. Then, members were faced with a stark choice. Because taxation for the state to provide a safety net was compulsory, and subscription to a friendly society was not, most people gave up their friendly society subscription (rather than face jail for refusing the state’s offer). This difference – the fact that contribution to the state’s provision is compulsory and contribution to a friendly society is voluntary – is the reason that control of our safety net has been taken from communities and lodged centrally with the state. The fact that they will also use some of your taxes to wage wars is not something you can opt out of either, unless you fancy jail time.

I was surprised when he interrupted me, to let me know that he agreed. He’d been looking into friendly societies and their ilk, and had read specifically about ‘community wealth building’ and especially the ‘Preston Model’.

The idea is this: instead of having wealth sucked out of communities by corporate branches and online retailers, then attempting to claw it back via taxation, and re-distribute it to communities, let’s build infrastructure that doesn’t allow it to be sucked out in the first place.

He went on to say that if this kind of system was going to work, one thing was essential – an exchange medium that is not also a store of value, so that it is used for trading within communities, but can’t be extracted and dumped into tax havens. In other words, mutual credit rather than debt-based fiat money generated and controlled by banks, for their own advantage. As I’ve been working for the last 18 months with the Open Credit Network, needless to say, this was music to my ears.

The problem with relying on the state

I was very interested to know what made him change his mind (so that we can bottle it, maybe?). He said that even though he knew that the Brexit saga had skewed the result of the recent election in ways we won’t understand for many years, he was extremely disillusioned with the quality of ‘leaders’ that are being elected in the West. They tend to score badly in terms of intelligence, compassion and integrity – not a trend to be welcomed, considering the enormity of the problems that we face.

From WW2 until the 70s, the experience of the Baby Boomers was of wealth inequalities shrinking, and a solid social safety net. But since the 80s, wealth has become more concentrated again, leaving the majority in a more precarious position, and the young unable to acquire the security of a home of their own. The precarity and brutality of life in poor countries around the world is much worse of course, but they have no say at all in the choice of Western leaders whose policies are going to have a huge effect on the quality of their lives.

My friend had lost faith in the parliamentary route to a better society, because of corporate control of both the media and of most politicians. Occasionally a politician comes along who genuinely wants to stop the extraction of wealth from communities, but he’s ripped to shreds by the press. Corbyn and McDonnell are good examples of this. I can’t count the number of times people told me that they ‘didn’t trust’ Corbyn or McDonnell, but couldn’t give a single reason why (because you’re saturated with the corporate press, was the reason that sprang to my mind most often). This is not a left/right, or party political position by the way. Blair and Clinton are ostensibly ‘left’ politicians with a pro-corporate agenda.

It’s much harder for the corporate media to criticise community wealth building. Corporate branches destroy jobs, make remaining jobs more boring, damage community, concentrate wealth and help promote a growth-obsessed, return-maximising agenda that is at the heart of environmental destruction. How would they spin this? Price is one way, I guess – promoting quantity over quality and persuading people that the most important thing in life is cheap (and poor-quality) food, clothes and consumer goods provided by our corporate overlords. Branding is another – ‘corporations are cool’ – and as they’ve persuaded many (but by no means all) young people to be walking advertisements for them, we’d have to use ridicule against these corporate cheerleaders.

I’m very happy about my friend’s ‘conversion’. However, we are still outnumbered by those who think that regulation is going to be enough to counter the environmental and social damage that our corporate economy causes (even though we’re not electing governments that will introduce such regulation). So I think the situation is going to continue to get worse unless we build community-based infrastructure. Luckily it’s very easy to explain, and doesn’t involve any divisive ‘-isms’.

There are two key questions for me:

There is now a growing number of organisations promoting community wealth building, rather than asking the state to provide for us. For example:

And there are many more. You can help with your money, your voice and your work. 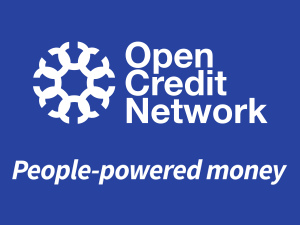 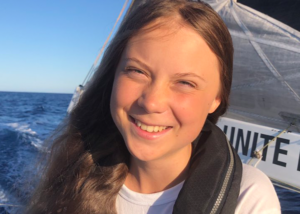 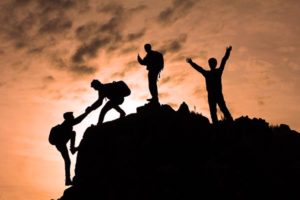