Obviously this isn’t a ‘no-fly’ holiday if you live on the other side of the world to Scotland, but I’m sure you have somewhere beautiful closer to home for a holiday that doesn’t involve an environmentally-damaging flight.

Our partner Janet is cycling around Scotland visiting textile projects, giving free talks in exchange for accommodation, and making woolly creations along the way. Her 850-mile trip will be catalogued in a book that we’re publishing next year. Here’s an article outlining her itinerary.

She’s en route now, and she’s sent this tipsheet for anyone thinking of a cycling holiday in Scotland. Over to Janet

Some tips for travelling around Scotland by bicycle

Scotland is an ideal country for bicycle travel because it has a temperate climate, plenty of water (!) and cafes, pubs and small shops every few miles even in more remote areas. There are campsites almost everywhere and wild camping is often permitted. In other words, it is safe and friendly. If you are a UK resident there is the added advantage of not clocking up air miles and being delayed in airports in order to travel to somewhere less beautiful.

Years ago we resolved not to go abroad on holiday until we had seen everything worth seeing in the UK. it will never happen of course, nor will we run out of wonderful places to cycle. Cycling offers the chance both to see things in microcosm and to cover a decent amount of ground. You see a different county to the car traveller and meet different people – other cyclists, back packers and far more of the locals. it is easy to get chatting when travelling by bike and people like to be friendly and help. The bike breaks the ice by providing a great topic of conversation.

Go by bike and bus or train

Public transport in Scotland is particularly good and it is possible to use it to get pretty much anywhere. There are trains, buses and ferries and the combination of these plus a folding bike such as a Brompton works well.

There are both long distance and local buses and the long distance ones such as Citylink stop at many of the villages and will take folding bikes in a cover and I believe they also take full sized bikes with the wheels removed and in a bag but do check before travelling.

Tickets can be booked ahead on Citylink buses which guarantees you a seat although booking is not essential. the ticket can be texted to a mobile phone. I travelled with a Brompton folding bicycle and the Citylink bus drivers were helpful, getting out to stow luggage and the bike in the hold and doing so carefully.

All trains will all take bicycles although there is a limit to the number permitted on some trains so book ahead if necessary. Individual conductors will often stretch a point if the train is not busy and let more bikes on though. Most of the trains have either a disabled carriage with space for either bikes or wheelchairs on increasingly a separate carriage with room for bikes in addition to the wheelchairs. There is a symbol on the outside of the appropriate carriage. 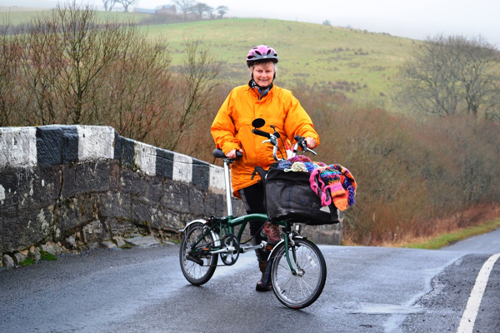 The West Coast of Scotland in particular has many ferries and ‘island hopping’ is often a better way to travel up Scotland by bike than following main routes such as the busy A82 that goes up the side of Loch Lomond. Instead, get the train or cycle off road from Glasgow to Ardrossan on Sustrans routes such as route 78, then get the ferry to Brodick on the island of Arran.

Cycle across the North end of the island Lochranza or go around the south of the Island, a longer but beautiful cycle that can be cut into two days by staying overnight at the lovely relatively midge free Kildonan campsite right on the beach. Either way, Arran is a tough cycle but there are regular round-island buses that can be used to miss out the hilliest sections if you do have a folding bike. whichever route you choose, take the tiny ferry for the short crossing from Lochranza to Claonaig which costs £2.80 and the bike goes free. this is on the Mull of Kintyre and from there you can cycle up to Tarbert on Loch Fyne (be careful there are many towns called Tarbert or Tarbet in Scotland!) and on to Lochgilphead and Oban.

Caldedonian MacBrayne who run most of the ferries do an Island Hopper which costs £20 and enables you to use an unlimited number of ferries over a month. It is also possible to buy straight through train and ferry tickets combined at train stations which are cheaper than buying two separate tickets. Some scheduled trains are deemed boat trains, such as those that go to Ardrossan Harbour for the Arran ferry. The ferries will wait for these trains.

Campsites are cheap if travelling by bike – £7-12 on average for one person and a tent. Most will not turn away campers who arrive on foot or by bike and do not require such travellers to book. Most have a day room or kitchen facilities such as a kettle and microwave or toaster. Do pick up food en route though as there may be nowhere to buy any without retracing your steps for several miles after pitching up. There are often pubs that serve food but that will not help with breakfast and cups of tea.

Watch out for the lack of shopping and eating out facilities on the islands on Sundays though when many restaurants will serve only guests staying with them and all the shops may be shut. I travelled from Mallaig to Skye on a Saturday afternoon and camped at Armadale. The shop in Armadale shuts at lunchtime on Saturdays and does not open again until Monday so it was necessary to buy food in the Coop at Mallaig before getting the ferry. Most campsites can advise about things like that if you phone them.

For the uninitiated, these are tiny flies with a vicious bite that stings and itches but does no lasting damage. The main problem is that you do not get one midge you get thousands and millions of them at once. they are at their worst when light levels are low, mainly first thing in the morning and at dusk but may be out all the time on dull days. Campsites near the coast tend to have fewer midges.

Pitch the tent away from trees and shade whenever possible or you will be in a midge hole and have them all the time. Do not leave the tent door open especially if there is a light on inside or come bedtime there will be thousands of them inside. A midge hat is an essential and light weight piece of kit. forget the potions and lotions, if the midges are out in force a midge hat is the answer when pitching a tent or mending a puncture. The pub is of course midge free… 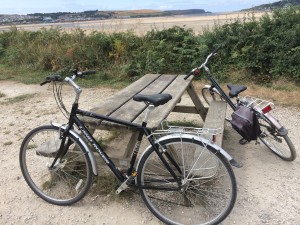 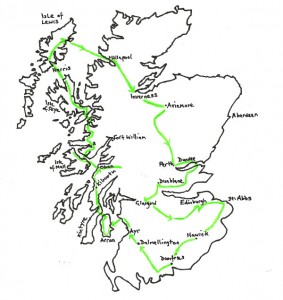 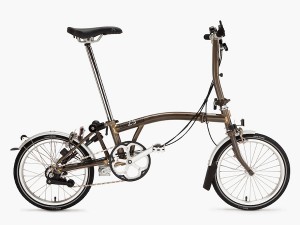 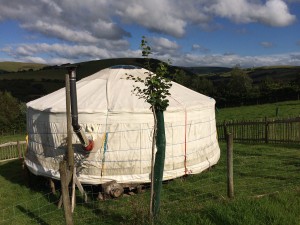 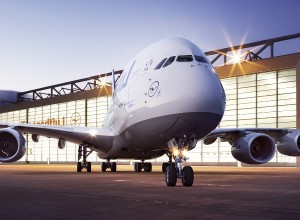 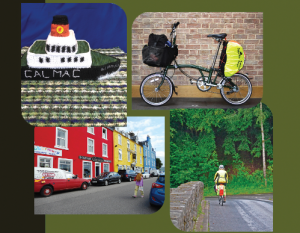 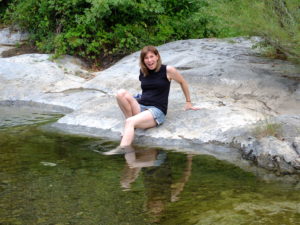