In a spin-off from The Wool Journey series of blog posts, The Natural Fibre Company shares The Linen Journey, in which Sonja Bargielowska explores flax’s journey from field to yarn.

We use linen in our Lyonesse yarn range at The Natural Fibre Company’s sister company Blacker Yarns – it adds great drape, crispness and strength to a yarn, but have you ever wondered how linen comes into being?

Linen comes from the flax plant (Linum usitatissimumi), which is one of the oldest cultivated plants in human history – currently thought to have been used for the past 9,000 years! Growing annually, flax is ready to harvest around one hundred days after planting, sprouting up to three feet tall. The pale blue flowers are visible for one day only, causing a flourish in May/June. The variety used for fibre production is taller, making longer fibres for yarn production.

Linen is a bast fibre, which is a fibre collected from the phloem or inner bark of a plant. Other bast fibres include jute, nettle and ramie. The phloem surrounds the core of the stem and carries nutrients to all parts of the plant, while also providing strength.

Linen is a very strong fibre and slightly silky in appearance, due to the smooth, flat-surfaced nature of the phloem. Linen tends to be lint free, due to the length of the fibre.

There are five stages between pulled up fibres and linen ready to be spun: Rippling, Retting, Breaking, Scutching and Hackling. Below I will discuss how each of these processes are carried out when done by hand.

Maximising the fibre length is crucial – to do this the stem is pulled up from the root. The flax is then left to dry, before the seeds are removed in a process called rippling/threshing. Small bunches are pulled through a rippling comb – which itself looks like some kind of torture device! The stems are pulled through the rake-like comb while the seedheads remain caught. This process is repeated until all the seeds have been removed – the seeds have been “threshed” out.

Retting – rotting the fibre to break down

To get to the phloem we need to break down some of the biological glue that holds the stem together (mostly pectins and lignins).  To ‘ret’ means to rot – warmth, moisture and subsequently mould break down the pectins and lignins, loosening the fibre from its surrounding woody stem (also known as boom).

There are two types of retting, dew retting and water retting. Dew retting relies on nature’s dew to provide the right conditions for the break down. The flax is left outside, spread thinly on grass and needs to be turned once a week so it rets evenly. This process takes 3 to 6 weeks depending on weather conditions.

Water retting involves submerging the flax in water (often in an old bath tub!). This rets the fibre in about 5 days.

You can tell the fibre is ready to move on to the next stage when the woody fibre is breakable by hand and can be wiggled out of the long linen fibres. They should separate easily from the woody core.

The boon needs to be removed from the linen fibre – to do this it first needs to be broken up for easier removal from the fibre itself. The stems need to be dry before this process can begin, making the fibre brittle and easier to remove. A properly retted and dry boon will snap and not bend.

Flax is broken in a piece of equipment called a flax break. A flax break is a wooden apparatus, in which a handful of stems are placed between the arms and a scissor-like motion forces the flax into a “w” shape, snapping the boon. The stems are re-positioned further down the fibre and the process is repeated until the fibre is limp and most of the boon has fallen away from the linen fibres.

Even though (hopefully) most of the boon has been removed in breaking, some woody parts will still remain. To remove the rest of these a wooden knife is scraped down the length of the fibre, against a wooden board. The removed woody boon is called the shive, which can be used for plastic composites, insulation and livestock bedding.

Once the boon has been removed, the remaining linen fibres need to be hackled, or combed. Another torture-style device is used here – multiple metal combs becoming finer and finer to remove any tow (shorter fibres). The difference between combed long fibres and the shorter tow fibres can be seen below.

Good quality fibre is determined by the retting process (please see above). Over-retting causes the fibre itself to begin to break down, resulting in a pulpy, weak fibre. Under-retting means removing the woody parts can be difficult, as the pectins haven’t been broken down enough. We pride ourselves on our Belgian Linen – renowned for its high quality. This is as close to the UK as we could get geographically without sacrificing quality.

With thanks to The Natural Fibre Company and Blacker Yarns. Learn more about their work by visiting their websites and their blog featuring the original Wool Journey and Linen Journey posts.

As British wool spinners we add value by processing quantities of fleece from 20 kilograms up to over a tonne and more. As we scour, card, dye and woollen and worsted spin under one roof, we are effectively experts in all aspects of the process of turning raw fleece into high quality yarn. Most of our customers are in the UK for rare and specialist breeds. 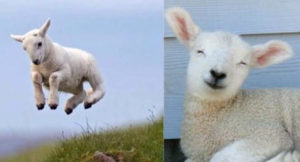 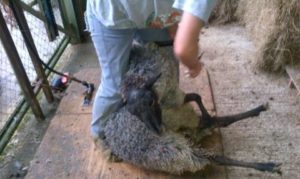 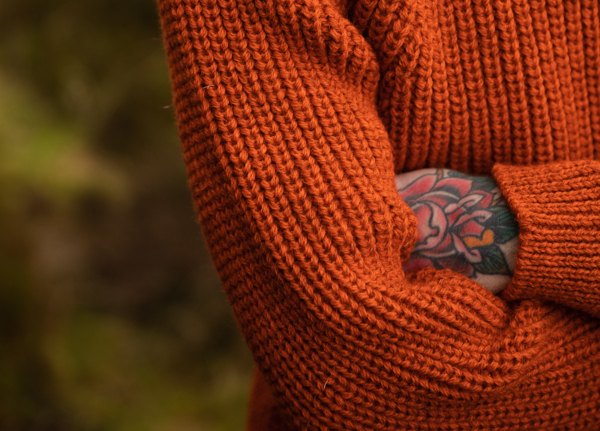 The return of local, natural fabrics and low-impact clothing