After a day of making cordage from foraged plant fibres, my grubby fingernails show evidence of all the separating and scraping. Once you’re committed to the steady, repetitive nature of prepping and twining cordage, it’s a deeply satisfying process. So much so that it’s hard to stop when dusk starts to fall and hunger calls me to go back indoors. Just one more half-metre and then I’ll go…

Some consider cordage (string) to be the base of human culture, one of the main skills that make us human, and it’s certainly been key to our survival and evolution as a species. Elizabeth Wayland Barber, an authority on Prehistoric textiles, refers to the String Revolution*. Its development enabled all kinds of other technologies to evolve, such as woven textiles, netting, trapping and other technologies, key to human evolution.

Recent archaeological evidence of twined fibres has been discovered in a French Neanderthal site dating back 90,000 years,  predating the arrival of Homo sapiens in Europe. It seems probable that relatively complex textiles, nets etc could have been made with those twisted flax fibres.

Archaeological finds of looped fibre fragments from the late Mesolithic period (middle Stone Age) have been found in Denmark. That’s around 9,000 years ago (pre-agriculture), when people lived hunter-gatherer lifestyles. The Antrea net, the oldest known fishing net, dates to around 9,000 BC and is made of willow fibres.

Few basketry remains are found from the Prehistoric era for obvious reasons -decomposition- but in boggy areas like in Denmark some fragments have survived and been recovered (photo). They show a looping technique which is similar in structure to coiled basketry, which in turn hints at the origins of pottery.

Otzi the Iceman is a popular and well-known Mesolithic archaeological find from the Tyrol region of Italy. His clothes and artifacts were remarkably well preserved in the frozen environment. Cordage, made from lime tree fibres, was a significant component of his cape, dagger sheath and footwear, and many experimental archaeologists have re-created his clothing and artifacts. The best examples are in the dedicated Otzi museum.

When you have a go at making cordage yourself and understand the stages of processing fibres as well as the twining itself, you appreciate the dexterity required as well as the time it takes to make a useful length… you have a sense of ancient fingers making the same actions down through the millennia. And the chances are that you’ll never look at a humble ball of twine in the same way again.

Using foraged plants, I methodically process them from the freshly-cut state into useful cellulose-rich fibres. There are so many plants that yield useful fibres, some easier to extract than others. Long, strong fibres are of course the best: nettle and flax being well-known native UK plants for this. But there are a lot of others that can be used to produce cordages of varying strengths for a variety of uses.

The rope-lay technique is what comes most naturally to my fingers. It gives a 2-ply twine, and is a particularly good technique when using shorter lengths of fibre. Making a looped  bag (a knotless netted bag) is my favourite way to use cordage, since I’m neither a hunter nor trapper. Today, I’m making looped bags to hold a water bottle, a phone/camera, and foraged fruits.

I use both an antler needle and a wooden netting needle, depending on the length of cordage at any given time. It’s a simple into-the-lag type of looping, in a spiral from the bottom up, tensioned on a nearby tree. What I’m making is slightly different from the Danish Mesolithic fragments mentioned previously, which were looped over a core.

The repetitive rhythm of twining and looping soon drops you into a meditative state. It’s a restorative state of being. This kind of repetitive action is well documented as beneficial to mental and physical well-being, as it increases the alpha brainwaves. It’s probably partly why I’m loathe to stop.

Like the task of a fairytale, turning a pile of plant strands into a thing of beauty, my netted bags gradually emerging from the stack of wispy prepped fibres. I’m absorbed by working away quietly here in my spot in the woods with the sounds of birds, rustling creatures in the leaf litter, crackle of the fire.

I’m reminded of some memorable words from a book by Sharon Blackie:
“Slowly spending more and more time outside, focusing on the wisdom of my senses, rather than what was going on inside my head, I began to weave myself back into the fabric of the earth.” **

This article is reproduced with kind permission from an original post on the Native Hands blog. Wild Cordage and Looped Cordage Basketry are offered as Native Hands courses in the woods, see here for details and booking info. You can find out more about Ruby, her work and course opportunities in wild basketry, pottery and other crafts via our directory. 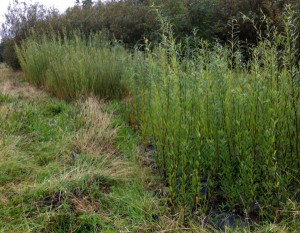 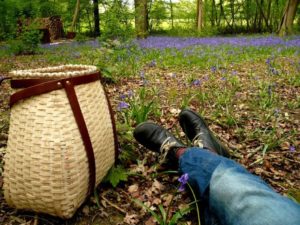 Repair & maintain: how to keep your beloved clothes in your life for longer 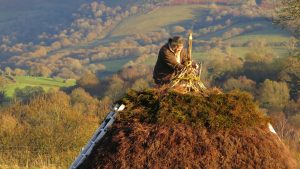 Out of Eden: how you can get involved in a neolithic farm experiment in Wales 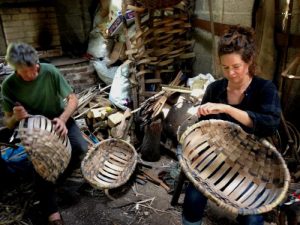 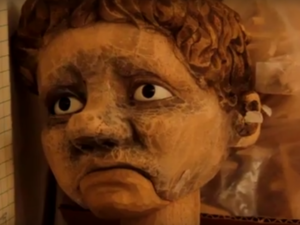 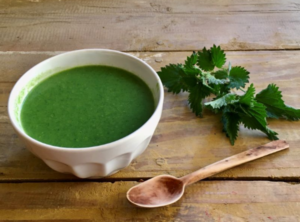 April forage of the month with Ruby Taylor 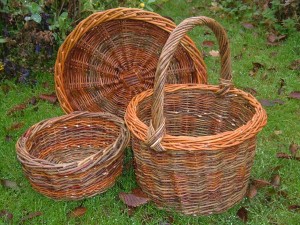 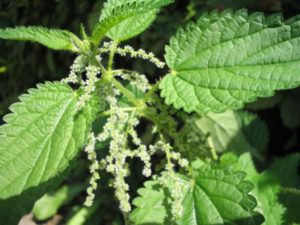