When it comes to nature in September, this month is a melancholy time of year for anyone who loves swallows. Through the summer I enjoy seeing them and the local house martins, swooping and diving around my house and garden, drinking from the pond or sitting on our electricity wires, twittering and preening. So the skies in September can seem quite empty without these aerobatic fliers, until the autumn flocks of redwings and fieldfares arrive or the field next door to my garden attracts huge numbers of twittering linnets, which use the top of my hedge as a staging post before flocking down to the spilled grain amongst the stubble. Large flocks of birds are one of Nature’s greatest spectacles, whether they be waders or geese near the coast or farmland birds such as wood pigeons and stock doves which we see here in the winter.

But before the swallows and martins finally leave us we have the joy of watching them – usually late in the afternoons this month – collecting over our garden to feed in flocks of several hundred. And it is notable that they concentrate on our ‘air-space’ and are not especially interested in the farmland around us. They may be around for a couple of hours, spiralling high up into the sky, feeding on the tiny airborne invertebrates above the garden until slowly they drift away southwards, leaving the skies quiet and empty.

Sad as I am to see them congregating, and obviously leaving, in this way I know they will be back and that event is something very special to look forward to. Most of all though I can’t help but feel pleased that the garden here, organically managed specifically for wildlife with areas of long native grasses, wildflower meadows, borders specifically designed to be attractive to a wide range of invertebrates and many native species including trees such as oak and ash, together with the ponds we have created, is providing these insectivorous birds with the food they need to help them perform a truly amazing feat of nature – an astonishing migration of up to 10,000 miles.

The amphibians in our gardens get a lot of attention in the spring months when they are spawning in our garden ponds and are therefore very visible, but for the rest of the year they tend to be out of the way and rarely seen, unless we come across a frog or toad as we are in the garden, under plants in a damp border or perhaps in a log pile disturbed by accident. In my garden though one of the best habitats for these animals is my wildflower meadow. In September or early October, depending on the weather, it is time to cut this swathe of grass and wildflowers – always rather a sad job as it really does signify the end of summer, but it is a job that needs to be done in order to keep the meadow flowery and colourful.

It is also a job that has to be done with the utmost care. For it is here that our adult toads and frogs have been spending time as this is the best place to find the small invertebrates that they mostly feed on. Cutting about half of our biggest meadow last weekend revealed a total of twelve large adult frogs and one toad, each of which had to be caught and moved to a safer part of the garden. This is generally our orchard area where the grass isn’t cut at all in the autumn, but left to stand tall through the winter to provide a habitat for these creatures as well as provide long-term shelter for some of our meadow butterflies that over-winter as pupae or tiny caterpillars.

Each frog was carefully scooped up and moved to its new home as the scythe swept through – not an easy job at all, as anyone who has tried to catch a frog will know – I think the phase ‘one jump ahead’ was created especially for them! The constant stopping and catching also makes this job lengthier than it should be and is certainly best performed by two people. Generally bank voles and field voles are seen during this operation too, but this year has been poor for them here and frogs of all sizes and colours dominated our activity. At least a good number of frogs  should have a safe haven until next spring.

This summer has been a good one for both butterflies and birds in the garden, but our mammals have also been wonderful. There is a small group of ‘regulars’ that we see on a daily basis, the most frequent being the grey squirrel.  With oak woodland next door and plenty of hazel around, it is not surprising that this is our commonest larger mammal. Bank voles are also very common here and this fact probably accounts for the frequency with which kestrels and tawny owls visit us.  Field voles can be found in all the grassy areas, the occasional rabbit manages to get through the rabbit proof fencing (supposed to keep the vegetables for us!) and when voles are plentiful we have visits from foxes. Recently I found a dead yellow-necked mouse, a more unusual species of mammal confined mainly to southern counties. Wood mice are also abundant here and often appear around the bird feeders in the winter. But my favourite mammal to see in the garden would be a weasel or a stoat.

The smaller weasel is not an uncommon visitor and can be seen darting in and out of the wood stores, searching for voles and mice. We have been fortunate to have nests in the garden too with a resulting hoard of youngsters racing after a parent through the borders and hedges. Recently though we have had regular visits from a stoat. Stoats are only slightly bigger than weasels but have a distinctive black tip to the tail which weasels lack, plus the division between the white fur of the underside and the golden brown back is a uniform line, unlike the indented division between these two colours on a weasel. The black tail tip is a good diagnostic feature though, and once seen a stoat is never forgotten. They also have sharper faces and larger ears than a weasel. Both of these mammals are expert hunters and our weasels have been seen disappearing into vole runs with ease – their slim bodies are designed to do just that. The larger stoat seems more inclined to hunt in the long grass but both are wonderful to watch.

At this time of year as the autumn approaches, I am often asked to recommend ways in which gardeners can help wildlife through the winter months. There are many products claiming to do this, especially with the word ‘pollinator’ in their description. Before buying anything I advise people to look at their garden and its autumn and winter maintenance, but also – if they have time – to read a little about the animals they are trying to help. Understanding an animal’s life cycle is really important when you are thinking about giving it a helping hand through bad weather.  Firstly it is worth remembering that all kinds of animals that we find in our gardens – voles, shrews, birds, butterflies, bumblebees and beetles – have all survived without our help for millions of years. Of course this doesn’t mean we shouldn’t help them as natural habitats become more fragmented and impoverished. Gardens can be perfect places for wildlife to over-winter, but pretty much everything you need will be right there in your garden already.

Creating shelter that is undisturbed is crucial. This can be piles of leaves, a log pile, a warm compost heap or an area of long grass that is left to stand through the winter. Borders should be left uncut, as should hedges, until spring. Dense shrubs with damp shady places underneath (where you could put your leaves or twigs) can provide places for small mammals such as voles and hedgehogs. Climbing plants on walls (ivy is especially good) will create a wintering spot for butterflies such as brimstone or peacock which spend the winter as adult insects. Even leaving your soil undisturbed and not engaging in ‘winter digging’ in the vegetable plot if you have one, will protect huge numbers of invertebrate larvae including those of the large hawk-moths. A pile of damp stones somewhere could accommodate beetles, spiders, toads or newts. If you have bird boxes, roosting pockets and red mason bee homes, plus you feed the birds through the winter and follow guidelines to keep your whole garden wildlife friendly, you will have a haven for winter wildlife.

Dragonflies are still very active here on warmer days, especially Southern Hawker and Brown Hawker, the latter being a new breeding species for the garden this year.  The Brown Hawker was seen fleetingly last year but this year seems to have practically taken over the Big Pond with the females still egg-laying up to a week ago.  I suspect that next summer it will be our commonest dragonfly species. This dragonfly constantly battles with the other species here especially the Southern Hawker which we also have in large numbers, and is pictured here – a stunningly beautiful dragonfly. The males of this species are very inquisitive and will always approach quite closely when I first arrive at the Big Pond appearing to be checking me out. I have still not managed to get a good photo of one in flight though however hard I try and Brown Hawker is a reluctant percher so I really only ever see it in flight. The wings have an orange sheen and it is a most attractive species.

Several smaller species are still with us, especially Common Darter which I often see sitting on top of the heads of plantain in the meadows. Some of these impressive insects are hunting further afield, usually over the borders around the garden where they can be seen hawking up and down looking for the odd unwary prey item – often a butterfly. I have seen several Southern Hawkers catch a Small White or Green-veined White with great agility and carry it off up into the hedge or into the long meadow grass before eating it. These really are very impressive and beautiful predators and I feel rather in awe of them. I’ll look forward to seeing more of them next summer. 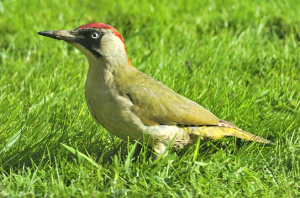 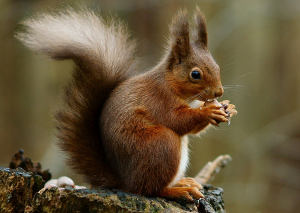 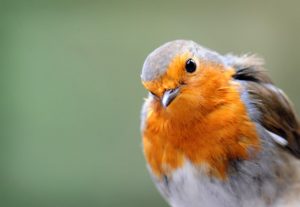 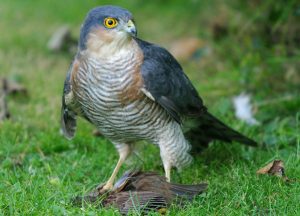 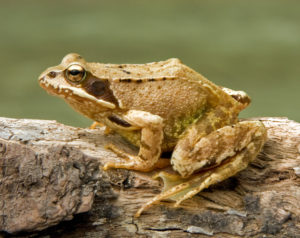