After the natural philosophers, the main focus of philosophy was changed by Socrates – probably the most famous philosopher of them all. His position was that you begin to become a philosopher when you admit that you know nothing. In that respect, he was similar to the sophists, but where their thinking finished, his began. His was a quest for what is right and true, whereas the sophists were trying to demonstrate that any truth or ethical position can be destroyed by a counter-argument, and therefore all such positions are ultimately relative.

Socrates didn’t believe that we can really understand the external universe – we’re only human, and there are clear limits to human understanding. Our task is to look inside ourselves – that’s where we’ll make the most important discoveries; that’s how we’ll really develop. Philosophy should be about gaining wisdom, not knowledge. Again, it was very brave, and in the end he was condemned to death for corrupting the youth of the city (Athens). He disagreed with the sophists’ view that morality is relative. He believed that goodness is absolute, and that’s what we should be aiming for. We should all of us think about the way we live, to see if it is good. ‘The unexamined life is not worth living’, is how he put it. He charged sophistry with using philosophy for personal gain, and saw traditional myths as unintellectual and speculative. For him, philosophy was about a search for truth, and a way to live that is in harmony with that truth. That was a valid use of the human intellect – rather than for personal gain or idle speculation. It was something that Tolstoy would echo much later, and although he wasn’t the first philosopher, it’s why many consider Socrates the father of philosophy.

He rejected the science of the natural philosophers – they didn’t have the tools to discover anything useful. His focus was human behaviour, as was that of Confucius at around the same time on the opposite side of the world. Hsun Tsu, a Confucian in the third century, said of anything not concerned with the distinction between right and wrong – (they are): ‘things the knowledge of which does not benefit men, and ignorance concerning which does no harm’.

Socrates believed in human decency, he believed in the law, and he believed in equality. In Athens, they’d had stab at democracy – not for women, migrants or slaves of course, but landowning, male citizens would meet in the main square, and speakers would put their views on a particular issue. Anyone could speak, and at the end, everyone voted by putting a white (yes) or black (no) pebble into pots, which were collected and counted. A simple majority won the argument.

Socrates constantly questioned everything – including the political system. He saw that Athenian democracy could easily become mob rule, for example. And so the members of the assembly (who were doing quite nicely from the prevailing system, thank you very much – big house, land, slaves etc.) sentenced him to death for ‘corrupting the youth’. The death sentence was to be carried out by drinking hemlock. For an old man like Socrates, it would have been easy for him to leave Athens, and escape his punishment – but to show that he really believed in the law, he drank the hemlock. After this, for the next 700 years, philosophy was primarily concerned with ethics – with how to live. 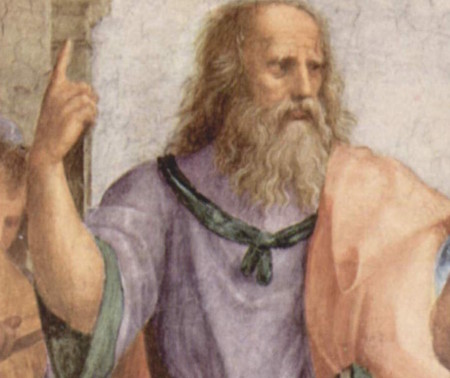 Plato, Socrates’ student, immortalised him as a character in his books (Socrates himself never wrote anything down). Plato was a philosophical giant, who foreshadowed a lot of Christian thinking, but his biggest contribution was pointing out that power tended to ultimately concentrate in the hands of the generals and the rich, and that these were very dangerous people to allow to have power. They were greedy, aggressive, egotistical people, and the only future for humans, if they remained in charge, was war and destruction. Philosophers should be in charge – those with the most intelligence, imagination, compassion and integrity should make the big decisions. He called them ‘philosopher-kings’. Pure democracy would lead to mob rule, corruption or decisions based on ignorance. He wasn’t impressed with the death penalty handed out to his mentor Socrates, and that decision had come via the democratic process.

In this respect at least, I believe that he was right 2,400 years ago, and that he’s still right. He wanted to find a way to elevate the most intelligent, imaginative, honest and compassionate among us to positions of power, rather than allowing the people with the most money or the most troops to assume those positions – he wanted to get the best people steering. He failed in his own time, because he couldn’t find a method of taking power from the people who had it, other than via a convoluted system of elite apartheid, with a series of examinations in crucial subjects spanning several decades of the potential leaders’ lives. It didn’t work, obviously, but he highlighted the need to constantly question the qualifications required in our prime decision-makers.

Plato was also famous for his world of forms or ideas. In the everyday world, everything is changing, or becoming. Things are born, grow, mature, deteriorate and die. Only the world of forms is unchanging – the world of truth, not opinion. And he agreed that mathematical ideas controlled the organisation of the universe. Reality resides in this archetypal world, and is accessed via the intellect. The world we see around us is a pale imitation, and is accessed by fallible subjective experience. Ultimate reality is transcendent, not immanent. It’s not hard to see how Plato influenced the later Christian vision of heaven. 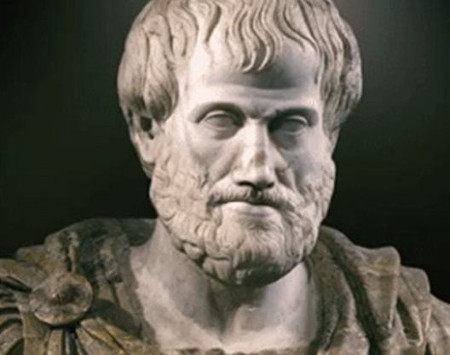 Aristotle re-located reality in immanence. The world around us is real. Plato’s universal forms exist, but only in the minds of humans, once they’ve experienced enough different examples of a particular form. Virtually everything humans knew at that time was known by Aristotle – mathematics, science, geometry, anatomy, astronomy, natural history – he was a one-man repository of human knowledge that no single person has ever been close to since. He was Plato’s student, but unlike Plato, he didn’t revere his teacher. He laid down the rules of logic, and is known as the father of science, introducing the hypothesis/deduction method. Although the possessor of incredible intelligence and imagination, it doesn’t sound as though he spent much time thinking about ethics, like Socrates, and if he did, I don’t think much of his character. He thought that women were inferior, just because they held inferior positions in the society he happened to live in. And he thought that slavery was natural. So although he changed the course of history, I believe that his focus has entrenched the power of the wrong people ever since. We’re still in an Aristotlean world. It would benefit us, I think, to allow Plato’s ideas to create a counter-balance to the Aristotlean approach.

Ironically, it is Plato who has been seen (mainly by Popper) as the ancient precursor of fascism – and yet he proposed that his philosopher-kings receive no money, and only very basic clothes, food and accommodation. Their reward is that they get to steer. For me, this answers critics who suggest that he wanted philosophers to be kings because he himself was a philosopher. Part of his idea in his book, Republic is that leaders receive no material gain from their position, and will therefore be incorruptible. The benefits are entirely immaterial – job satisfaction, intellectual and moral challenges, and the sense of huge personal responsibility that comes with the job. Those who take pleasure in these sorts of things can’t be tempted by mere money or possessions. But just to make sure, they weren’t to be allowed money or possessions anyway.

Back to Aristotle: he was Alexander the Great’s teacher. Who knows if Aristotle’s focus on bravery, temperance and ‘practical wisdom’ rather than compassion or theory was that Alexander went on to cause a huge amount of pain and damage around the world on his imperial quest. After that, it was all about power, and philosophy began to wither. Julius Caesar crossed the Rubicon in 49 BCE and removed the last vestige of accountability from the classical world; classical antiquity ended when Rome fell in 476 CE, and myth was back with a vengeance as the Christian Church supplanted philosophy in Europe. We had lost everything, philosophically speaking, that had been built since Thales. It was a tragedy. We weren’t going to be at the level of Socrates, Plato and Aristotle again for over 2000 years – and in fact Aristotle’s authority in scientific matters was such that even in the 18th century, questioning his ideas was almost anathema, even when they no longer stood up to logical or empirical scrutiny. Ironically, Aristotle himself would have been totally against accepting someone’s authority – he would have encouraged the testing of all ideas.

Next: Augustine reconciles Christianity with Plato.

A brief history of philosophy, part 5: roots of Renaissance

A brief history of philosophy, part 6: Reformation and Scientific Revolution

A brief history of philosophy, part 8: empiricism vs. rationalism

A brief history of philosophy, part 10: Romanticism, utilitarianism and the dialectic

A brief history of philosophy, part 12: socialism, utopianism and anarchism

A brief history of philosophy, part 15: what next?

A brief history of philosophy, part 13: continental vs. analytic philosophy

A brief history of philosophy, part 14: the rise and fall of postmodernism