Short answer: no, because governments are fixated on maximising GDP growth, which is the root cause of the climate crisis, and which far outweighs any beneficial legislation that they may sometimes introduce. Governments are ultimately part of the problem, not the solution.

Longer answer: I don’t believe that we’ve ever had a political ‘spectrum’, but a triangle, with 3 points:

If you’re here, you probably won’t know many neoliberals, and conversations with them won’t last very long, but may well dissolve into mutual incomprehension, ridicule, or sometimes, even abuse (that’s what happens when we put ourselves willingly into ‘bubbles’ and refuse to debate the ‘enemy’). Managerial/Radical discussions are much more interesting, and I’ve had many of them.

But for me, some ‘progressive’ thinkers stray into a make-believe world of ‘good guys’ and ‘bad guys’ that I find difficult to square with the way we’re headed, whoever’s in charge. I was talking to someone at a barbecue earlier in the year, who said that now Biden is president, the US is a ‘force for good in the world’. Change the personnel, in other words, and suddenly Western governments are the good guys, and we can begin to move in the right direction.

But we’re not moving in the right direction – climate change and biodiversity loss are getting worse, and any legislation that helps is massively outweighed by the demands of the system. Whether NATO countries are better or worse than China is irrelevant. They’re just power blocs jostling for power – China is worse when it comes to surveillance and oppression of its own citizens; the US worse when it comes to bombing and invading other countries, ousting regimes they don’t like and installing puppet governments, as well as overall environmental destruction due to the size of its economy (although China’s catching up). But they’ll both do what it takes to obtain and retain the power to further their economic interests. The progressives’ favourite – the EU – is just as focused on growth and the corporate agenda, and has facilitated the building of a pan-European motorway network to promote growth and exports.

Sure, if there are 2 candidates and one will allow fracking in national parks and the other won’t – I hope the non-fracker wins. And if any legislation, protest or petition can help bring about radical change – great. I don’t want to argue against those things – I want to argue against the system. But there’s no space for it, because all the headlines, all the media coverage, all the pub and dinner party conversations, all the social media gumph, all the energy, is focused on changes of personnel within this system.

For me, it’s the institution of the nation-state (and pan-continental states like the US, EU, China, India, Russia) that’s the problem. States are geared to perpetual growth and centralisation of power in the state-corporate nexus – regardless of who forms governments. To miss that is like missing the iceberg on the Titanic.

Also, states will try to close down any community-based movement that threatens centralised power – like the ‘Friendly Societies’, for example. Or they may create barriers to market entry for small-scale, local competition for corporates with excessive regulation. Community energy groups know all about this, as do local food producers. For me, it seems outlandish that the same states that allow large corporations, but not small companies, to avoid taxes; who give government contracts exclusively to corporates; who sit on the boards of and own shares in corporates; who have to court corporate media to get elected, who accept corporate donations, and who bail out failed corporates with public money, wouldn’t use any means available to them to assist their corporate allies. Anyone of either left or right who believes that the state is a counterbalance to corporate power is very wrong, in my opinion. The state and the corporate sector have been playing on the same team since the US government granted vast amounts of land to the railroad companies at the end of the 19th century; way before, in fact – back to the charters granted to the East India Companies by the British and Dutch governments, to raise armies and to plunder and slaughter for profits in India. The state can and does rig the regulatory system to favour certain ownership types, and commons and co-operative ownership types are not favoured.

Another conversation with a progressive / managerialist: ‘you shouldn’t criticise GDP growth or the system, because people’s livelihoods depend on it’. This is equivalent to saying, on the Titanic: ‘you shouldn’t say that we must slow down and steer away from the iceberg, because people want to arrive in New York on time’.

Because we live in a world of nation- and pan-continental states that are in competition for GDP growth and military firepower, and they’re all soaked in corporate money, there’s no way to elect a government that will move away from those things, or even consider system change – which means that party politics is not ultimately the way to solve our biggest problems, including climate change. I concede that some regulation is beneficial, and that some ‘leaders’ are better than others, but the managerial approach can breed complacency – a belief that ‘the people in charge / the responsible adults’ have got a handle on the problem, when they really haven’t. It’s the disparity between the eagerness of people to talk about political parties and personalities, and the vast acreage of comment devoted to it, compared to the energy spent on talking about systemic change that I object to. Let’s focus on party politics for 1% of the time, and spend 99% of our time talking about deeper, community-based, grassroots change, rather than the other way round.

This is a particularly difficult conversation to have, because the difference between the managerial and radical streams (or between ‘revolutionary’ and ‘transcender’ radicals) is one of narrative – and it’s very difficult (almost impossible) for people to change their narrative, because it involves rejecting long-held beliefs and stories about the way the world works, and adopting new ones. It can and does happen though. Kurdish PKK leader Abdullah Öcalan, whilst in jail in Turkey, read Murray Bookchin (himself an ex-Marxist), and transformed himself from a believer in communist revolution to a ‘libertarian municipalist’, and inspired his followers to build a grassroots, decentralised, community-based society of 3 million in Rojava, in the north of Syria.

Often, progressives are not at all opposed to people trying to build the infrastructure of a new system. But the problem for me is that the ‘managerial stream’ often promote the idea that all we have to do is elect the right party and pass the right legislation and everything will be OK – but it won’t; and this is without addressing the problem of electing the right people in the first place, in the face of a corporate press, and then passing the right legislation in the face of corporate opposition, in a political system awash with corporate money, and in a world of competition between states for growth. Meanwhile the radical / system change stream gets sidelined at best (because there’s very little energy left to engage), or at worst, ignored or labelled ‘unrealistic’.

Managing our decline isn’t enough. We have to do something radical, fast. 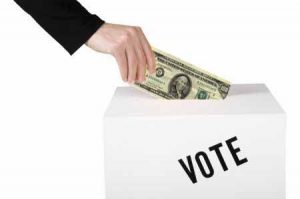 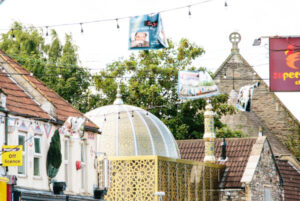