Nick Mann bemoans the fact that many concerned about conservation are opposing hedgelaying on social media because of a perception that it’s damaging to plants and wildlife.

Regular readers of mine will know I’m a big fan of not just hedges, but also hedge laying. The National Hedgelaying Society is one of the charities we support through the business. I went on a weekend course to learn the local style 20 years ago, and always try to do a little every year to keep my hand in.

The point of writing this isn’t to go over the merits of hedge laying again, which I’ve talked about in many other blogs, but the way it has turned into another area of dispute among warring factions in the countryside.

To an untutored eye, hedgelaying can look pretty brutal. In fact, it stimulates rapid and denser regrowth, but to do that the hedge is much reduced. By how much depends on how it’s laid. The local style hereabouts leaves quite a lot of brash, which continues to provide cover for birds and small animals in the year after laying. This is pretty usual. Some techniques call for more aggressive removal of smaller stems (brash) though, and – particularly if the hedge has been subject to aggressive flailing over the years beforehand – they can leave a hedge looking pretty whacked for a few months before it regrows as thicker and more healthy. This section is then just lightly trimmed for the next ten years or so before it needs relaying. Hedgelaying is a practice which has preserved healthy hedges for hundreds of years.

The immediate aftermath of a laid hedge distresses some, though. These aren’t just those who have stumbled across laid hedges as a new thing; they can be people with ecological interests and “influencers” too.

Ensuing arguments are an interesting illustration of some fault lines running through the conservation world.

Supporters of hedgelaying seem to be a wide range of people, from wildlife charities like PTES through to farmers and old school hunting/shooting/fishing types. It’s a pretty similar story with wildflower meadows – another man made feature which coincidentally offers huge benefit to wildlife. They also need a sympathetic management regime, and will disappear if neglected. Wildflower meadows become scrub, hedges lines of trees. If hedges are aggressively flailed they will also vanish; rather than grub a hedge up illegally, you can achieve similar results in a few years by flailing it to death.

The tone of the arguments on social media about hedge management is pretty typical, I guess – entrenched and shrill – but there’s something else going on here too.

I worry that some of these ideas are getting more traction than they should. I don’t think it’s too fanciful to think this is something to do with the current enthusiasm for rewilding. It sounds trite, but arguments like how you keep a hedge or wildflower meadow in good condition are often framed in the context of unmanaged good, managed bad. It’s easy to see things through a particular lens; birders are keen on scrub and small trees, for example.

There’s also a tendency at the moment to want to re-invent the wheel. I applaud this in some – many – areas. We need to rethink so much about current land use, but not traditional management practices which are demonstrably better than any alternatives. Why not turn our fire on current hedge cutting regulation and practice, in this instance?

Some misconceptions are caused by people’s dislocation from the landscape and natural processes too. It’s difficult to explain how hedgelaying benefits a hedge unless you can see it happen or see what happens to a hedge when it’s badly managed, for example. Similarly, how quickly a wildflower meadow can degrade if it’s not appropriately cut / grazed.

I do hope that some of the thinking around at the moment doesn’t find its way into government policy. I fear it might have already. Looking at the newly announced farming “incentive” scheme for establishing new species rich grasslands, the grant given is pitiful. There seems to be no recognition that they need any management at all.

There aren’t enough experts in areas like this – or people aren’t listening to them. Why not, and what can they do to make their voices heard? It’s important they are, so we can make the best out of some of the most valuable features in our landscape. 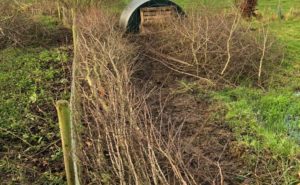 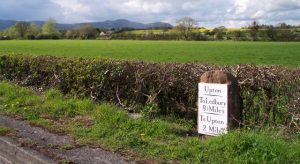