What I want to argue is that these are superb movements, promoting as they do, ways of living that are oriented towards nature, co-operation, and face-to-face contact in local communites. All absolutely essential, but alone, or even combined, not enough to challenge corporate power.

I’ve talked to people for whom co-ops are ‘the answer’ – although co-ops have been around for well over 100 years, and yet corporations are tightening their stranglehold on power every day. In the 1970s Permaculture was born, and many of its practitioners consider it ‘the answer’. Barring complete disaster (a not-completly-unlikely scenario), in the 2070s the Permaculture movement will be 100, the Co-op movement will be over 200, but unless something else happens as well, we’ll still have corporate rule.

Maybe a combination of the Permaculture and Co-op movements could provide ‘the answer’, especially with the more recent Transition movement in the mix too. Maybe I don’t have to worry – the fate of the corporate system is already sealed. My feeling is though, that the corporate sector is far too wealthy and organised to be threatened, and that these movements will continue to do great things, but only within the cracks in the corporate economy. They won’t challenge it – they just don’t have the means. I think that the natural, co-operative and face-to-face elements of the Permaculture, Co-operative and Transition movements should form the basis of a new society, but those movements don’t contain the mechanisms for bringing this about – except on the margins. Ecology is in free-fall – on it’s way to becoming a runtish shadow of its pre-human self in a few generations. As we humans are 100% reliant on ecology for our health and ultimately our survival, marginal just isn’t good enough.

We need a plan – something that a significant enough minority can begin to implement. We’ll carry on doing the great things that we’re doing already, but we’ll also be allocating a little energy towards a plan that is the exact opposite of the corporate plan – i.e. to take control of the political system and the money supply from them, to provide alternatives to the corporate sector when it comes to making and spending money, to wake the public up from their sport, consumerism and celebrity dreams, and to get them to believe that there really is an alternative to corporate control.

I’m going to keep sowing this seed, because we really do need a plan. The situation is getting worse every day, and nothing we’ve done so far is coming close to worrying them. The last time there was an implementable plan was 100 years ago, and it was Marxism. It was the wrong plan. Bakunin said clearly at the time that if military men take power, they won’t give it up – and he was right, but he came second.

Or have I missed something in the co-op/permie/transition movements that contains the spark of greater change? Something that needs a tiny shift in public perception, or one credit crunch too many, or a really special viral video, or a change in the wind that will ignite that spark? I don’t think I have. The Occupy movement got everyone excited, but there was no plan. The parliamentary route has been co-opted by the corporates and is best ignored. And violent revolution replaces one undemocratic system with another.

So, let’s have a competition for the best plan. 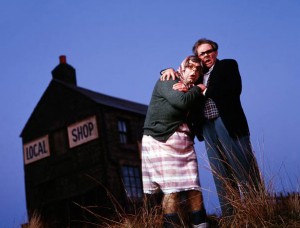 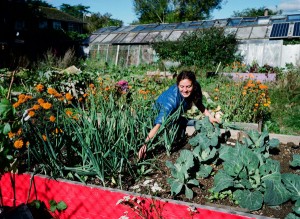 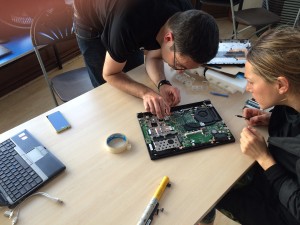